Since the Emerson College July national poll, President Donald Trump has tightened the presidential race to a two-point margin, and is now trailing former Vice President Joe Biden 49% to 47%. In July, former V.P. Joe Biden held a four-point lead over President Trump –– 50% to 46%.

Spencer Kimball, Director of Emerson College Polling explains “the Republican convention gave Trump his most positive week of news coverage which likely attributes to his bounce in this month’s poll and increasing job approval.”

Voters planning to vote early in person are breaking for Trump 50% to 49% while those who plan to vote in person on election break for the President 57% to 37%. Voters who said they plan to vote by mail break for Biden 67% to 28%. 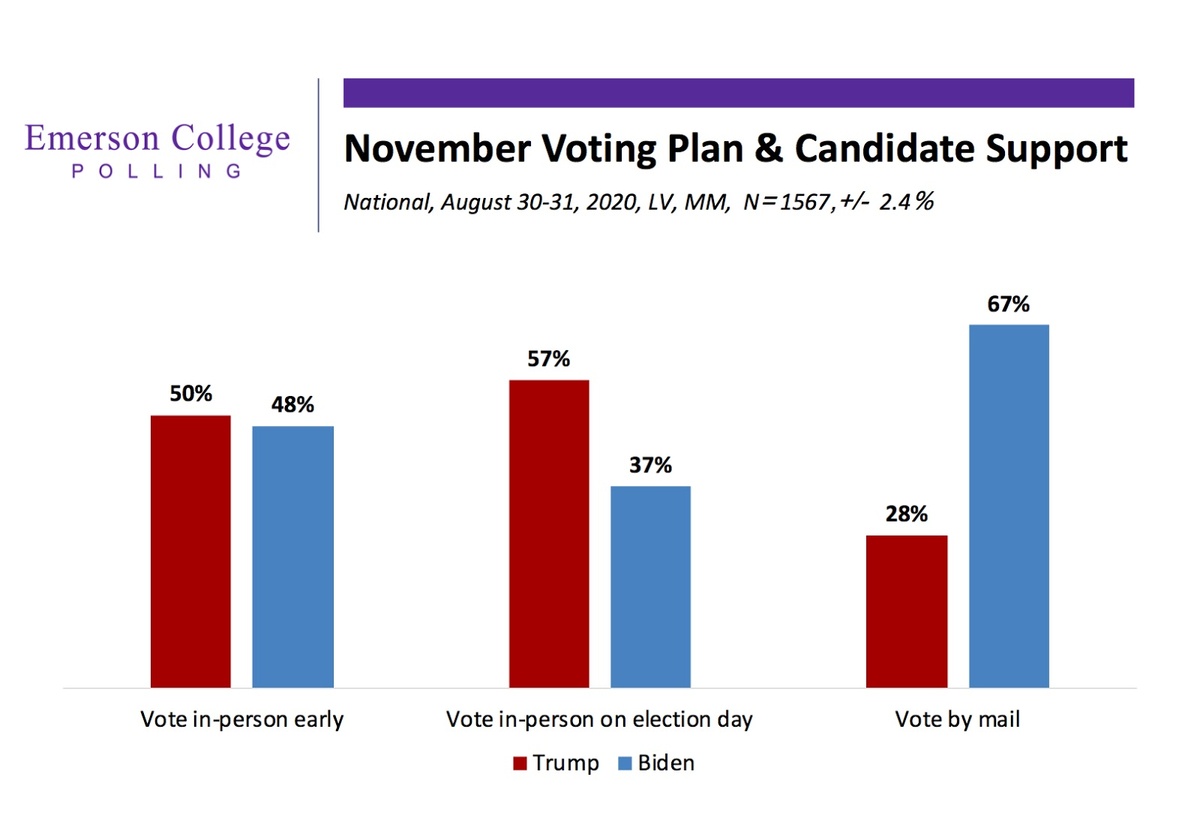 Biden leads with independents 50% to 42%. Trump has an 83% to 14% lead over Biden with Republicans while Biden leads Trump 79% to 18% among Democratic voters.

The August National Emerson College poll was conducted August 30-31, 2020. The sample consisted of likely Democratic, Republican, and Independent voters, n=1567, with a Credibility Interval (CI) similar to a poll’s margin of error (MOE) of +/-2.4 percentage points. The data sets were weighted by gender, age, education, party affiliation, race and region based on 2016 voter turnout modeling. It is important to remember that subsets based on gender, age, party breakdown, ethnicity, and region carry with them higher margins of error, as the sample size is reduced. Data was collected using an Interactive Voice Response (IVR) system of landlines (n=770) and an online panel provided by MTurk (n=797). 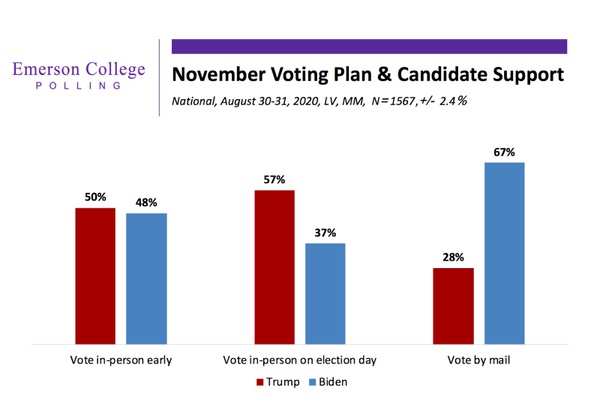