A new Emerson College/NewsNation battleground state poll of Wisconsin shows former Vice-President Joe Biden with a seven-point lead at 51% among likely voters, compared to President Donald Trump who is at 44%. Five-percent (5%) state they are undecided or voting for someone else (n=823, +/-3.4%, mixed-mode, likely voters). Despite all the changes and shifts in the presidential race in the past year and a half, this is similar to the Emerson March 2019 Wisconsin poll that found Biden ahead of Trump by eight points, 54% to 46%. 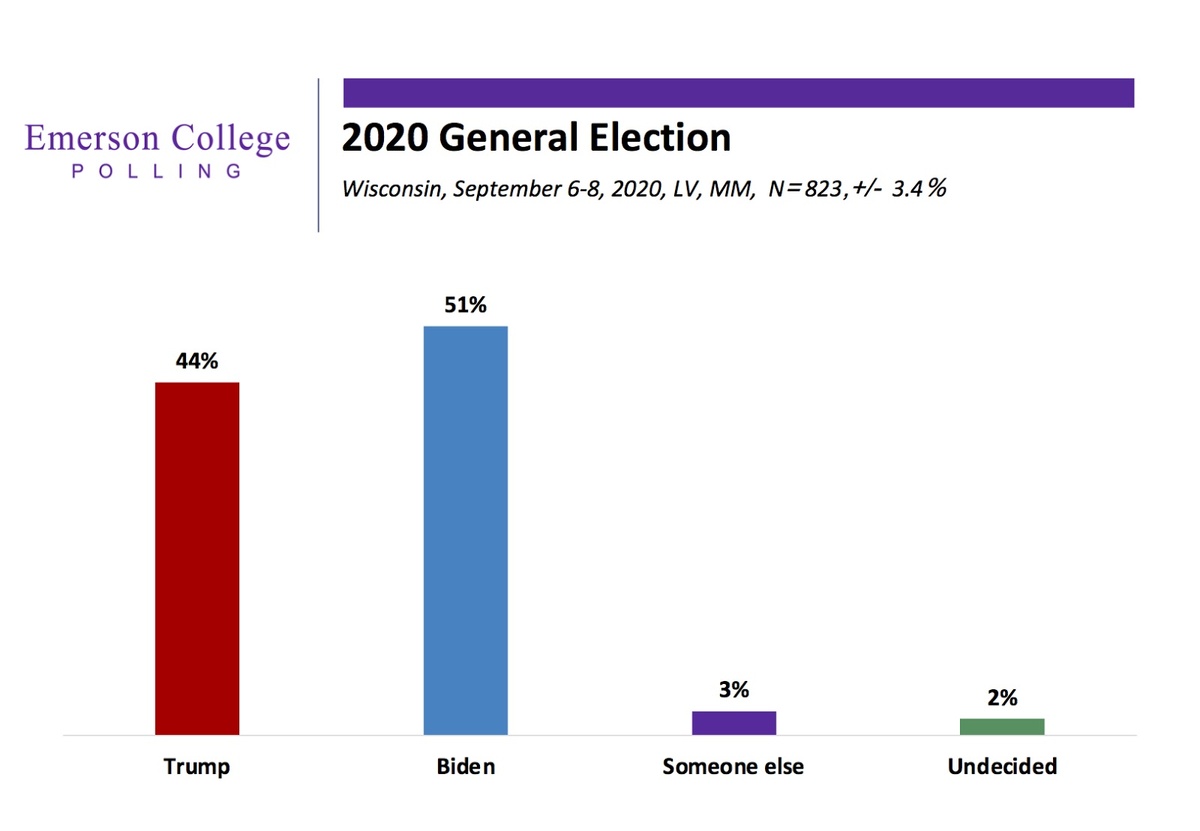 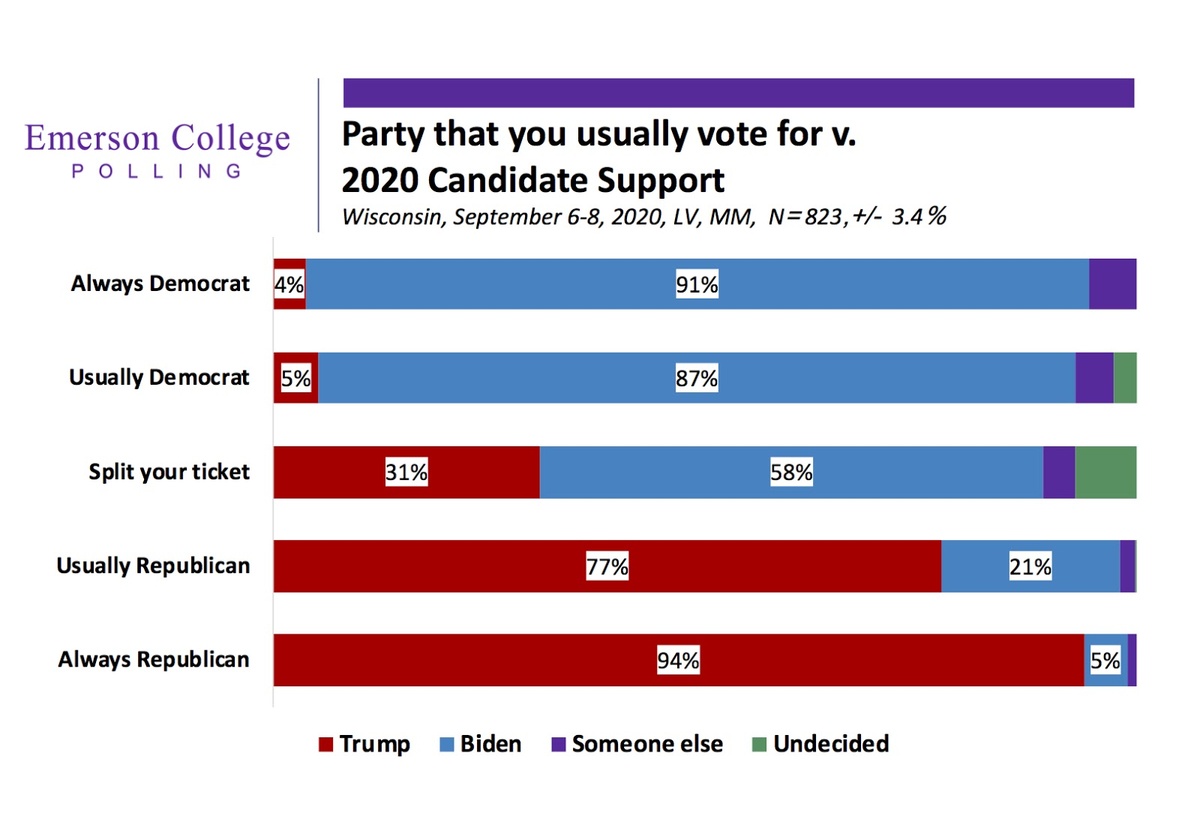 Ninety-two percent (92%) of voters say they will definitely vote for their current preference of candidate, with 8% saying their mind may change before election day. Ninety-six percent (96%) of Trump voters and 95% of Biden voters say they are locked in with their choice. However, for voters who currently indicate they will vote for someone else other than Biden or Trump, 62% said they could change their minds before November. 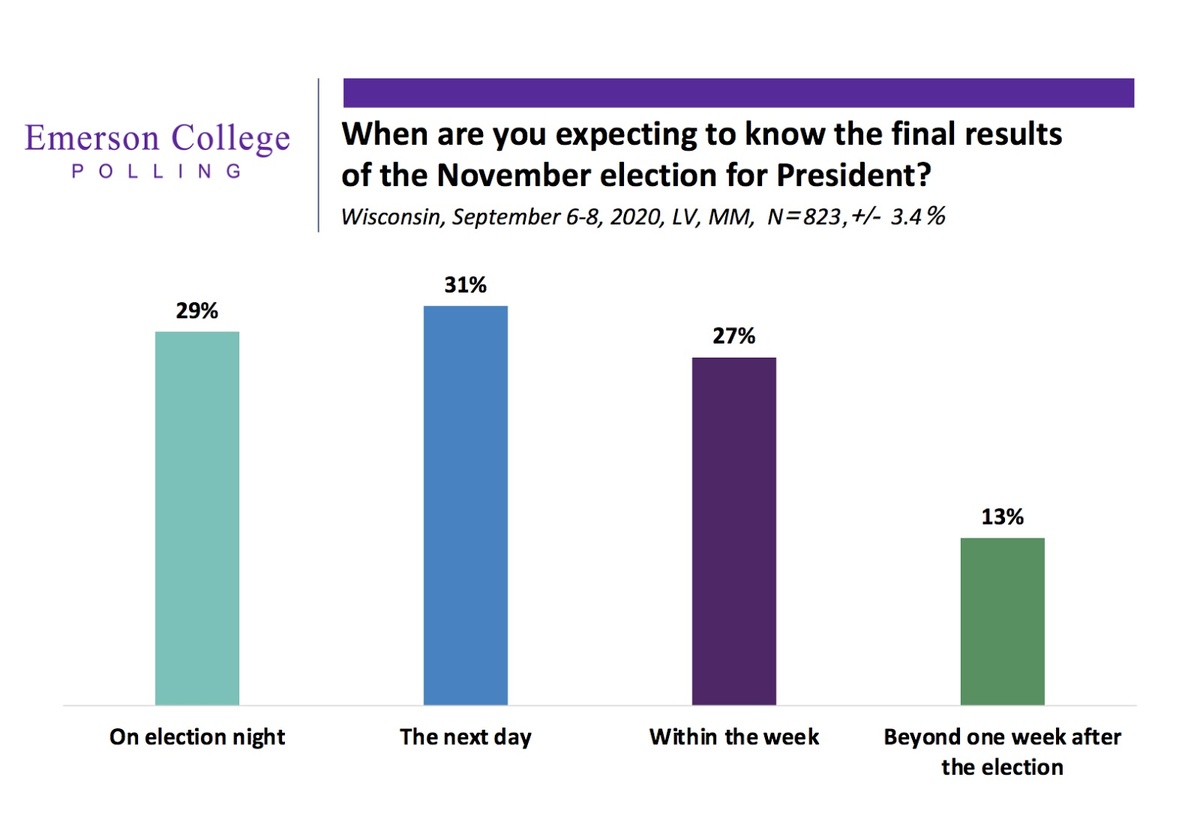 In Kenosha, Wisconsin protests are continuing over the police shooting of Jacob Blake. When asked if the President should denounce the 17-year-old Illinois resident Kyle Rittenhouse who was charged with shooting three protestors, 44% of respondents said yes, 19% said no and 37% were unsure. On the matter if voters think the President should have met with Jacob Blake’s family during his Kenosha visit, 41% said he should’ve, 35% said he should not have and 25% were unsure. When asked if they think federal troops should be brought in during situations such as the protests that followed the shooting of Blake; 44% of voters said federal troops should be brought in, 40% said they should not and 17% were unsure.

The Wisconsin Emerson College/NewsNation poll was conducted September 6-8, 2020. The sample consisted of likely Democratic, Republican, and Independent voters, n=823, with a Credibility Interval (CI) similar to a poll’s margin of error (MOE) of +/- 3.4 percentage points. The data sets were weighted by gender, age, education, party affiliation, race and region based on 2016 voter turnout modeling. It is important to remember that subsets based on gender, age, party breakdown, ethnicity, and region carry with them higher margins of error, as the sample size is reduced. Data was collected using an Interactive Voice Response (IVR) system of landlines (n=552) and an online panel provided by MTurk (n=271). 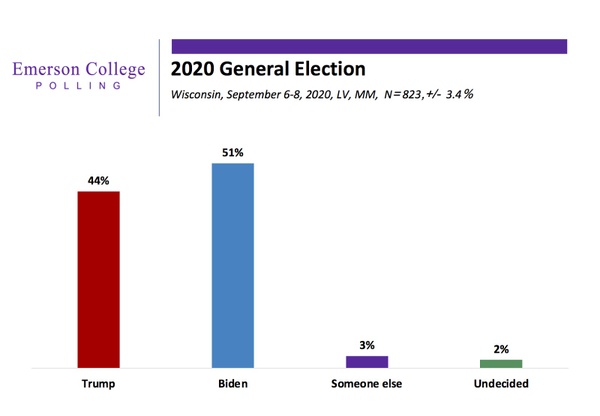 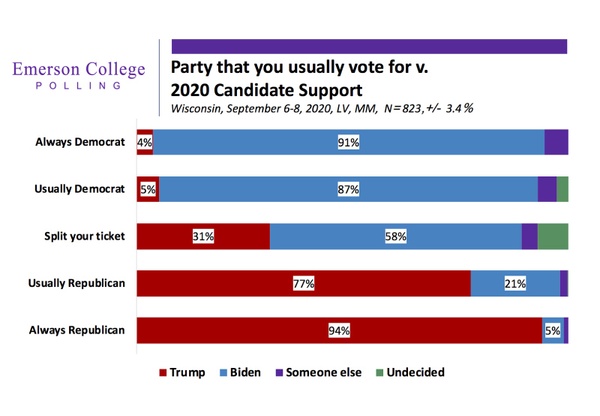 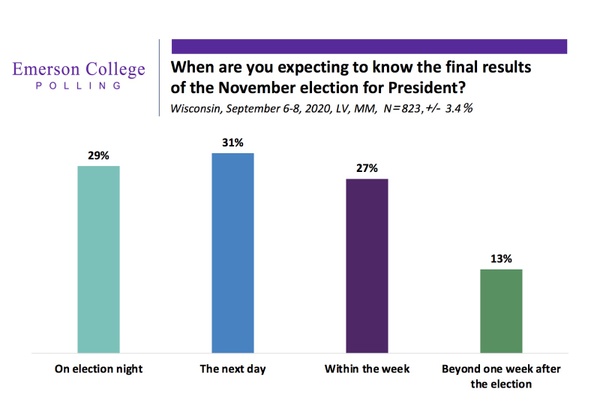