In the latest Emerson College/NewsNation national poll of likely voters, Vice President Joe Biden holds a four-point lead over President Trump, 48% to 44%. Four percent (4%) of voters plan to vote for someone else, and 4% are undecided. Of those who are still undecided, when forced to choose, 54% pick Trump, while 46% opt for Biden. 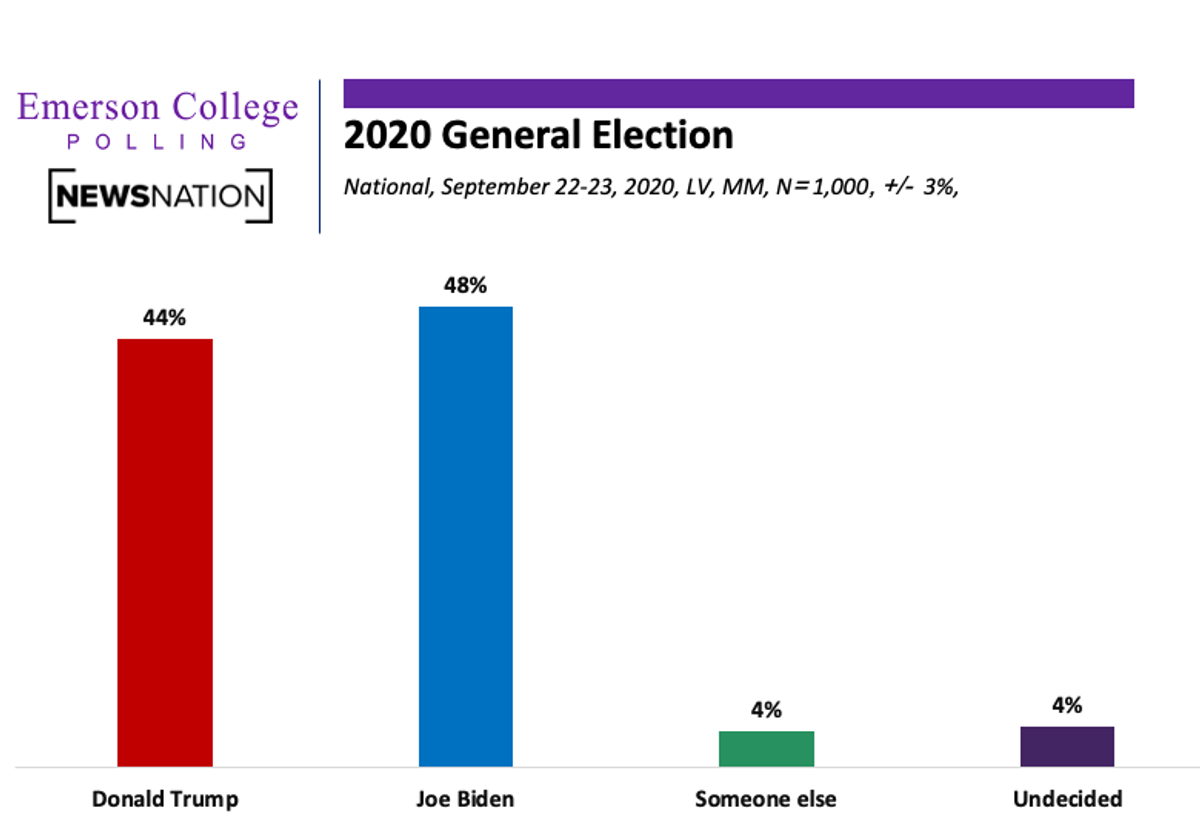 Independent voters are breaking for Biden at 46%, while 39% favor Trump. Nine-percent (9%) of Independents are still undecided, compared to only 3% of Democrats and 2% of Republicans.

Since the Emerson national poll in August, Biden’s lead has increased by two-points. Trump has also seen his approval rating drop 3 points since August, to 46% approval and 50% disapproval. 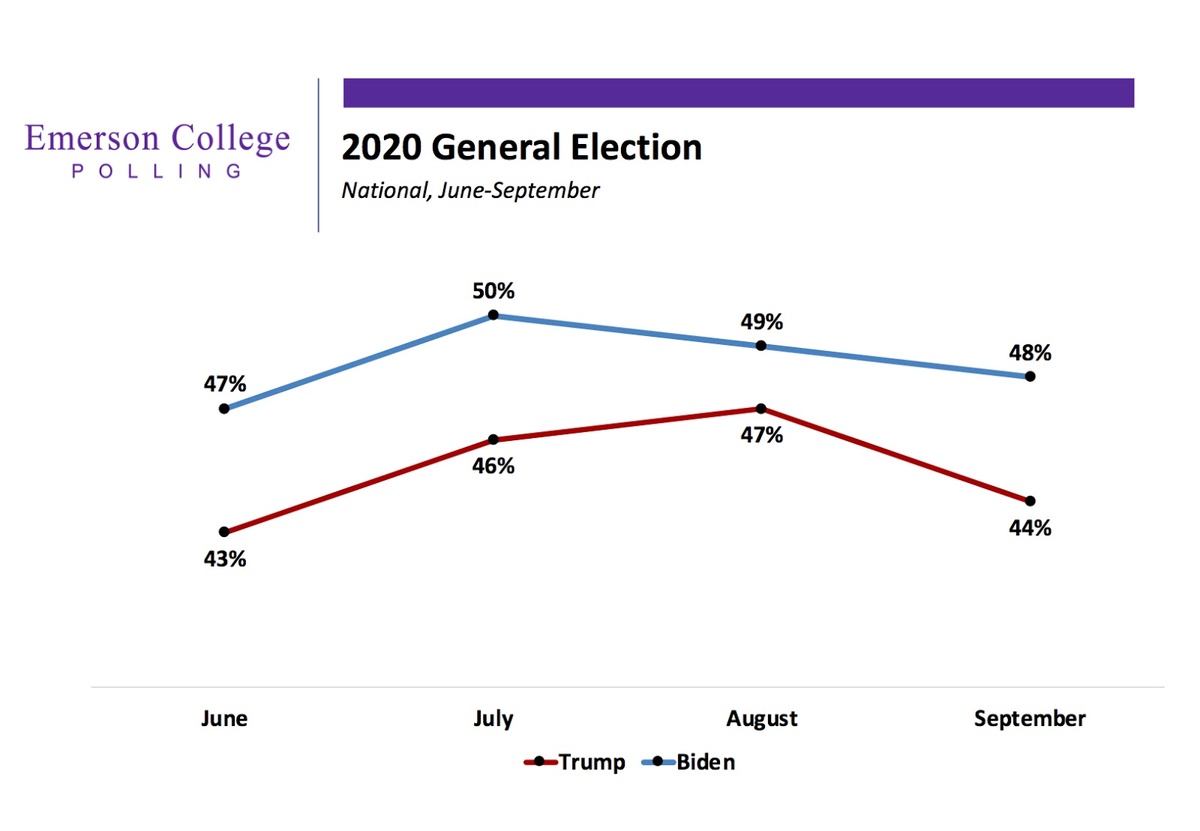 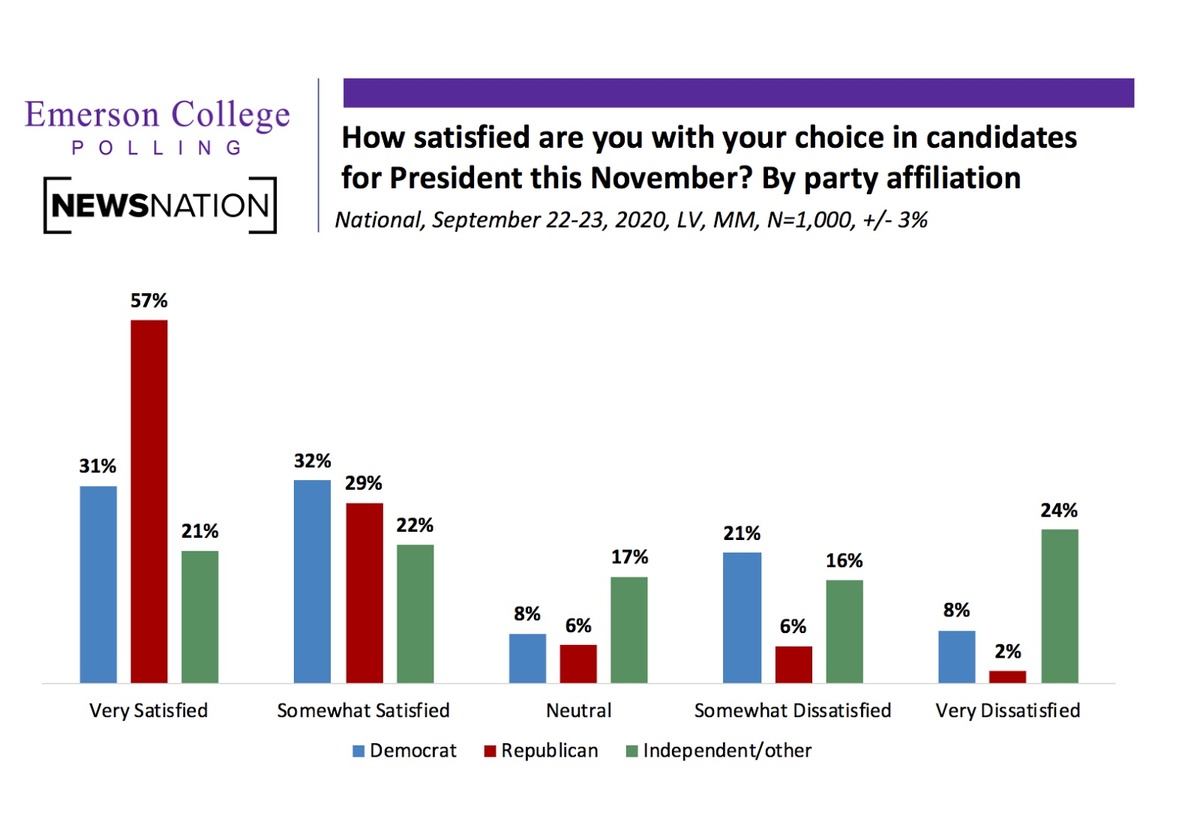 A majority (62%) of voters agree with the 1973 Roe v. Wade decision made by the Supreme Court regarding a woman’s right to an abortion. Twenty-two percent (22%) of voters said they disagreed with the decision, and 17% were unsure.

The September National Emerson College poll was conducted September 22-23, 2020. The sample consisted of likely Democratic, Republican, and Independent voters, n=1000, with a Credibility Interval (CI) similar to a poll’s margin of error (MOE) of +/- 3 percentage points. The data sets were weighted by gender, age, education, party affiliation, race and region based on 2016 voter turnout modeling. It is important to remember that subsets based on gender, age, party breakdown, ethnicity, and region carry with them higher margins of error, as the sample size is reduced. Data was collected using an Interactive Voice Response (IVR) system of landlines (n=292), SMS-to-web texting (n=244) and an online panel provided by MTurk (n=464). 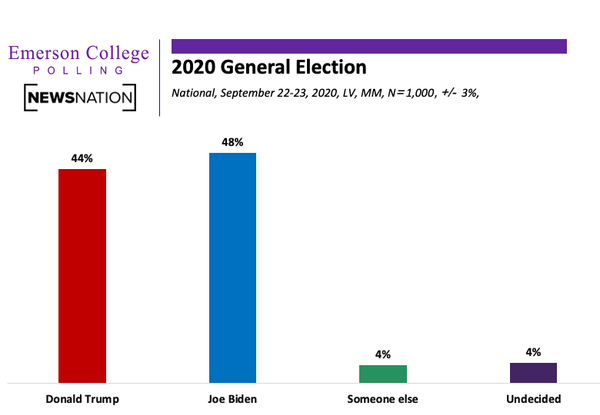 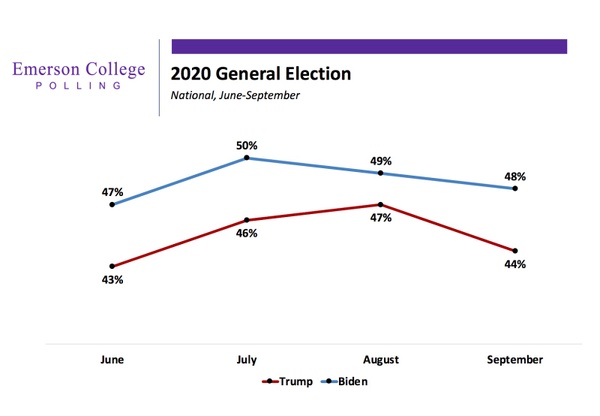 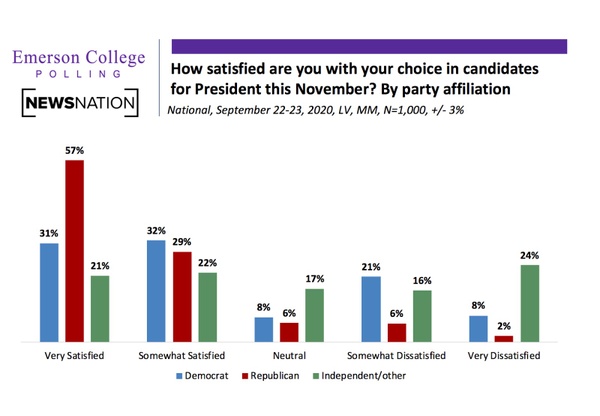