In the Republican primary election for US Senate, David McCormick holds 18% of support, followed by Mehmet Oz with 17%, Kathy Barnette with 10%, Jeff Bartos with 9%, Carla Sands with 8%, George Bochetto with 4%, Sean Gale with 3%. Thirty-three percent (33%) are undecided. Undecided voters were then asked who they are leaning towards. When undecided voters are allocated to who they lean towards, David McCormick increases his lead to 27.2%, followed by Mehmet Oz with 20.6%, Jeff Bartos with 17.1%, Kathy Barnette with 14.8%, Carla Sands with 11.4, George Bochetto with 4.6%, and Sean Gale with 4.3%. 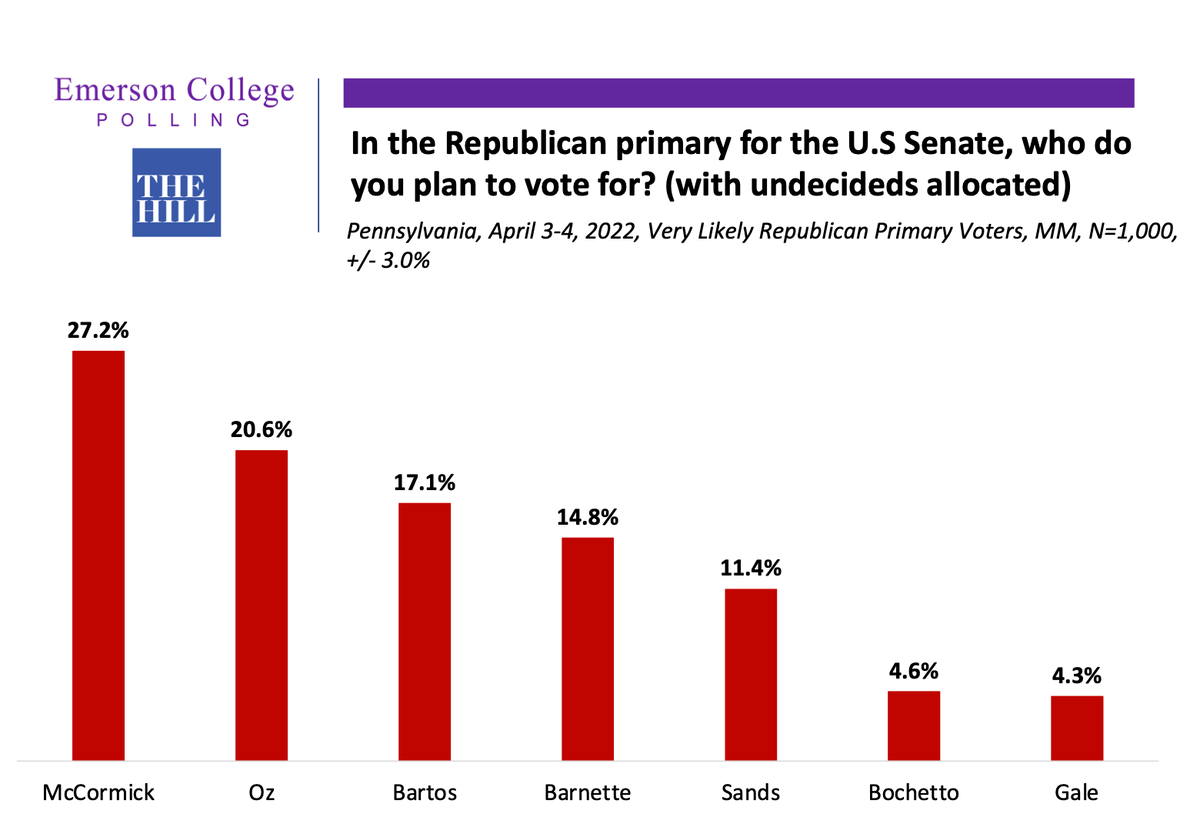 Spencer Kimball, Executive Director of Emerson College Polling noted, “McCormick has a strong base of support across most demographics that increases when undecided voters are asked who they lean towards, compared to Oz who seems to lack a clear base, and sees less growth than McCormick, Bartos or Barnette.”

“Barletta holds the plurality of support among suburban (28%) and urban (24%) voters, while Mastriano leads Barletta among rural voters 30% to 25%.” Kimball continued, “Barletta also leads all age groups except those aged 50-64, where Mastriano holds 29% of this age blocks’ support.”

The Emerson College/The Hill Pennsylvania Republican primary poll was conducted April 3-4, 2022. The Republican primary sample consisted of very likely voters, n=1,000, with a Credibility Interval (CI) similar to a poll’s margin of error (MOE) of +/- 3 percentage points. The data sets were weighted by age and education based on 2020 turnout modeling. It is important to remember that subsets based on gender, age, ethnicity, and region carry with them higher margins of error, as the sample size is reduced. Data was collected using a cellphone sample of SMS-to-web, an online panel provided by Amazon MTurk, and an Interactive Voice Response (IVR) system of landlines. 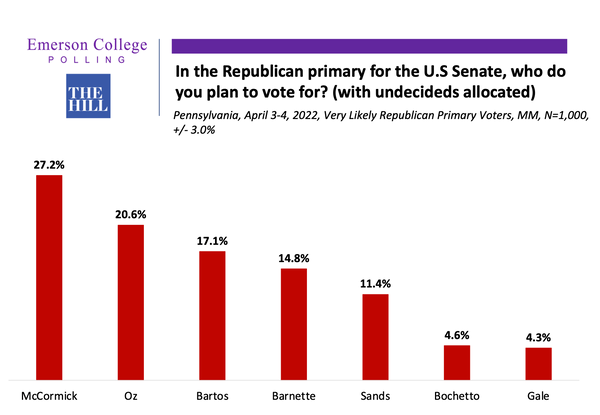