Pennsylvania 2022 Poll: Republicans Are Undecided in Senate and Governors Races; McCormick and Oz Tied at 14% for Senate

Lt. Gov. John Fetterman leads with 33% in the Democratic primary, followed by US Representative Conor Lamb with 10%. No other candidate reaches double digits; 37% are undecided. 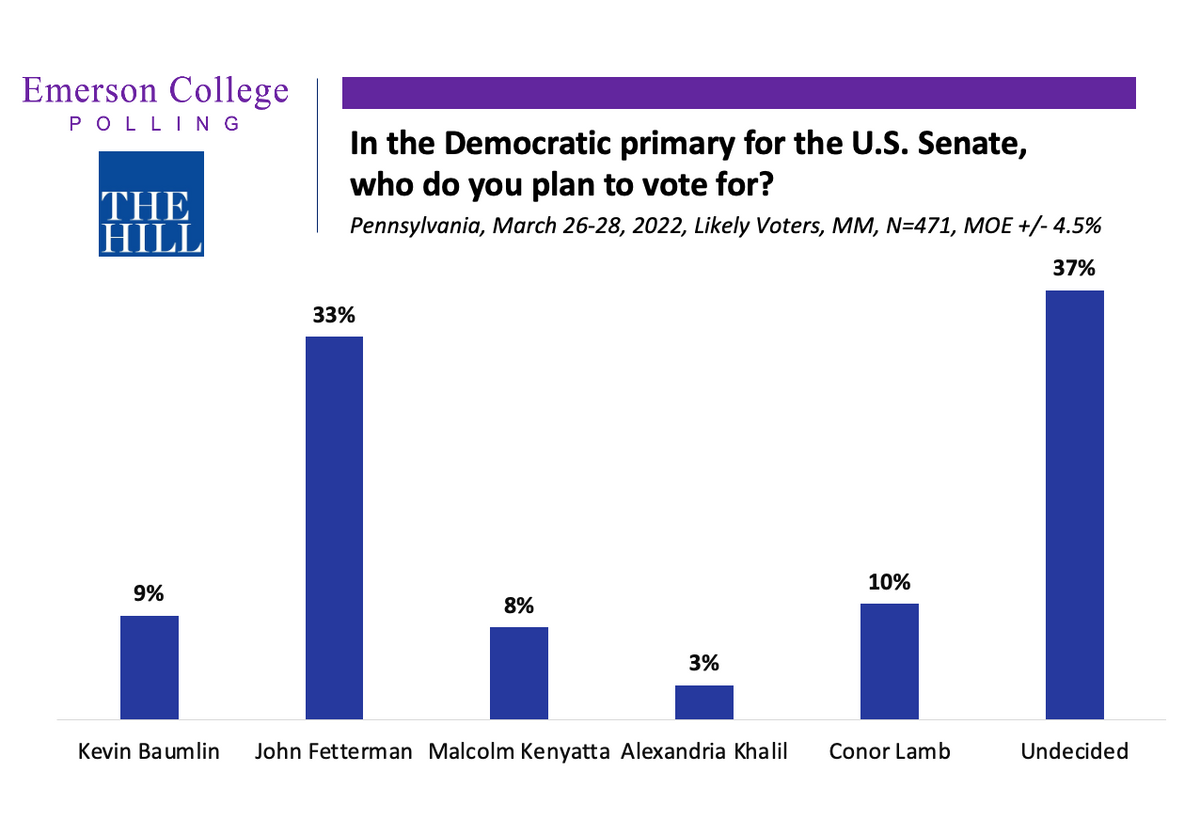 Spencer Kimball, Executive Director of Emerson College Polling noted, “former President Donald Trump’s potential endorsement holds significant weight in the Republican primary: 61% of Republican primary voters say they are more likely to vote for a candidate if he endorses them, while 13% say it makes them less likely to vote for that candidate, and 26% report that it makes no difference.”

President Biden’s job approval is at 47% in the state, while 50% disapprove of the job he is doing. Biden has a 77% approval among Democrats while 84% of Republicans and 67% of Independents disapprove of the job he is doing as President. The plurality (38%) of Pennsylvania voters say the economy, including jobs, inflation, and taxes, is the most important issue facing the country, followed by healthcare (17%); no other issue reaches double digits.

A majority (54%) of Pennsylvania voters think Pennsylvania should allow more hydraulic fracturing (“fracking”) for oil and natural gas in the state, while 29% think there should be less, and 18% think it should stay the same amount.

A plurality, 49%, of Pennsylvania voters think marijuana should be legalized for recreational purposes with 36% opposed and 16% unsure . 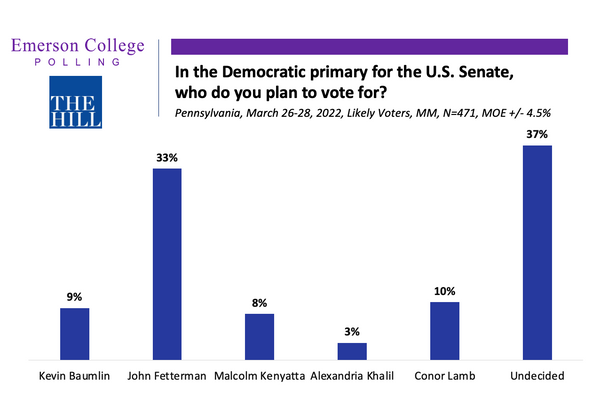