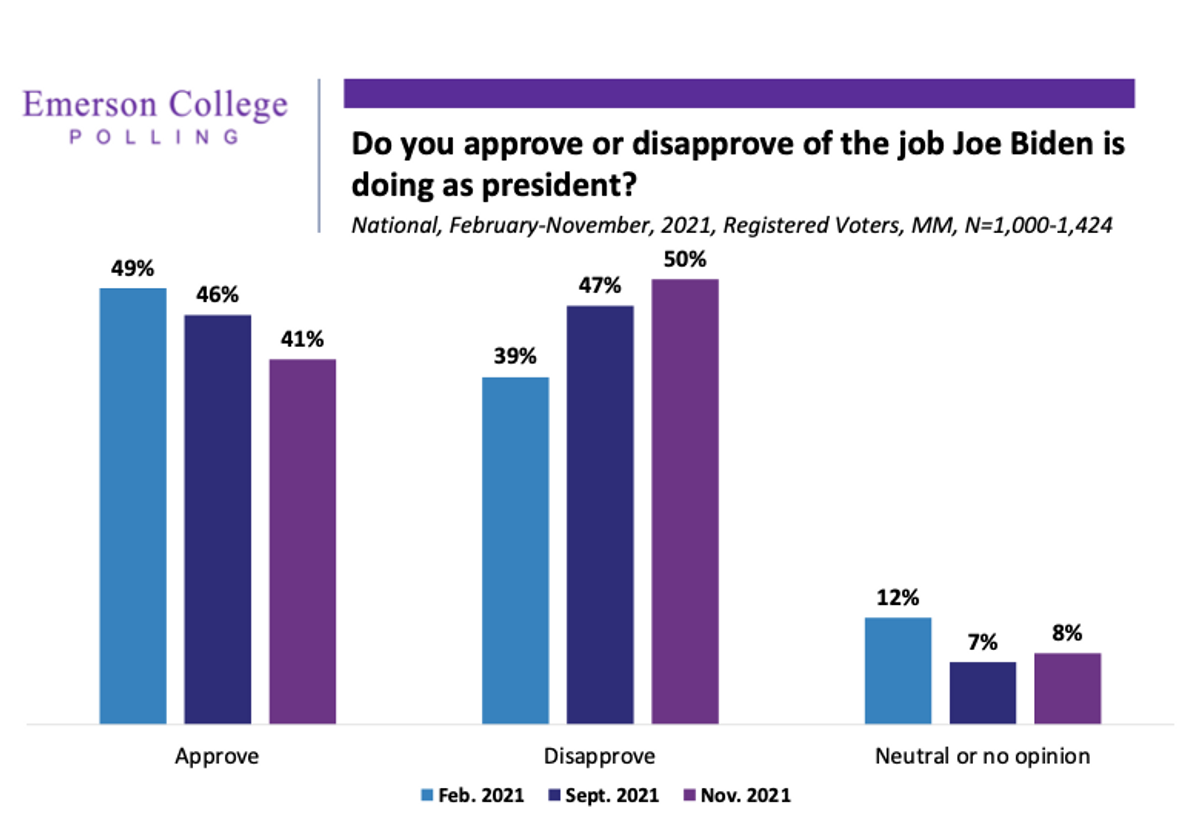 Three years out from the 2024 presidential election, former President Donald Trump leads President Joe Biden by two points, 45% to 43%, in a hypothetical head-to-head matchup among registered voters. Eleven percent (11%) of voters said they would vote for someone else, and 1% were undecided. 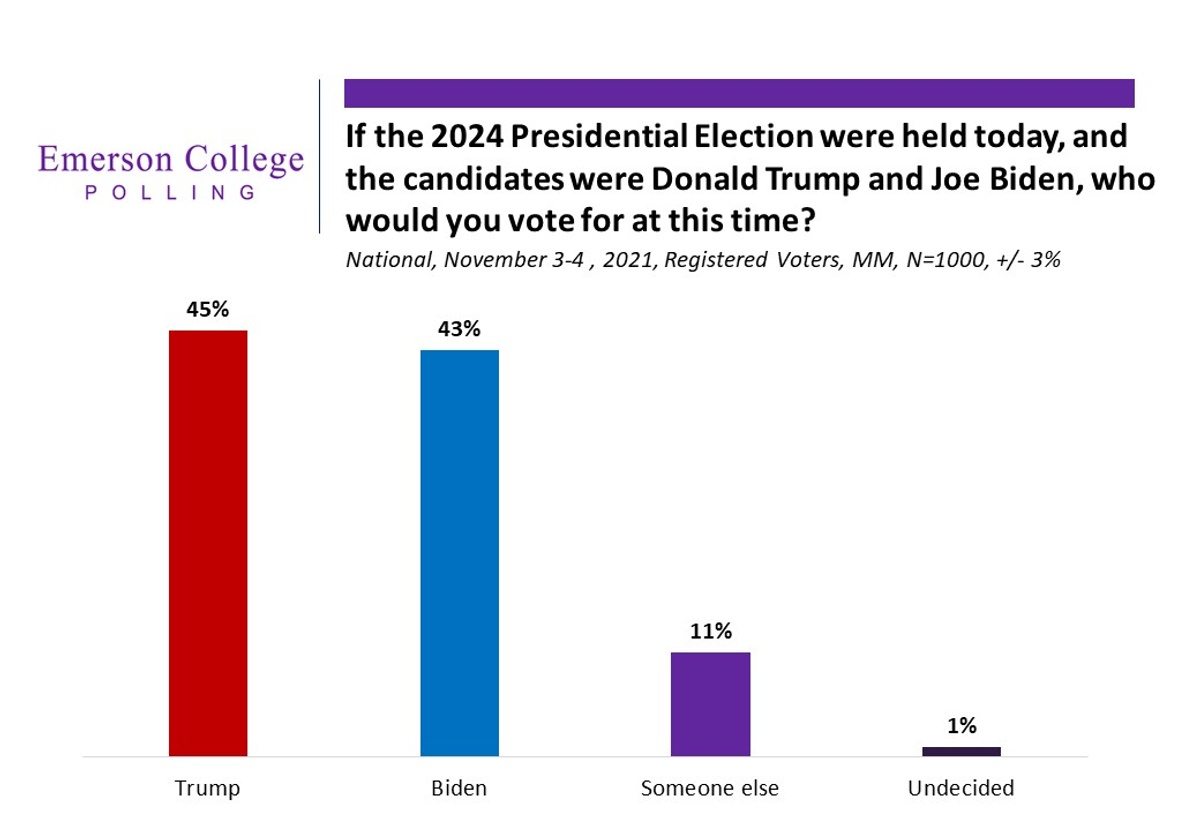 Emerson College Polling Director Spencer Kimball notes, “with over a tenth of voters voicing support for someone else in another Trump-Biden match-up, 2024 could perhaps witness a third party candidate reaching the required 15% support to get on the debate stage.” 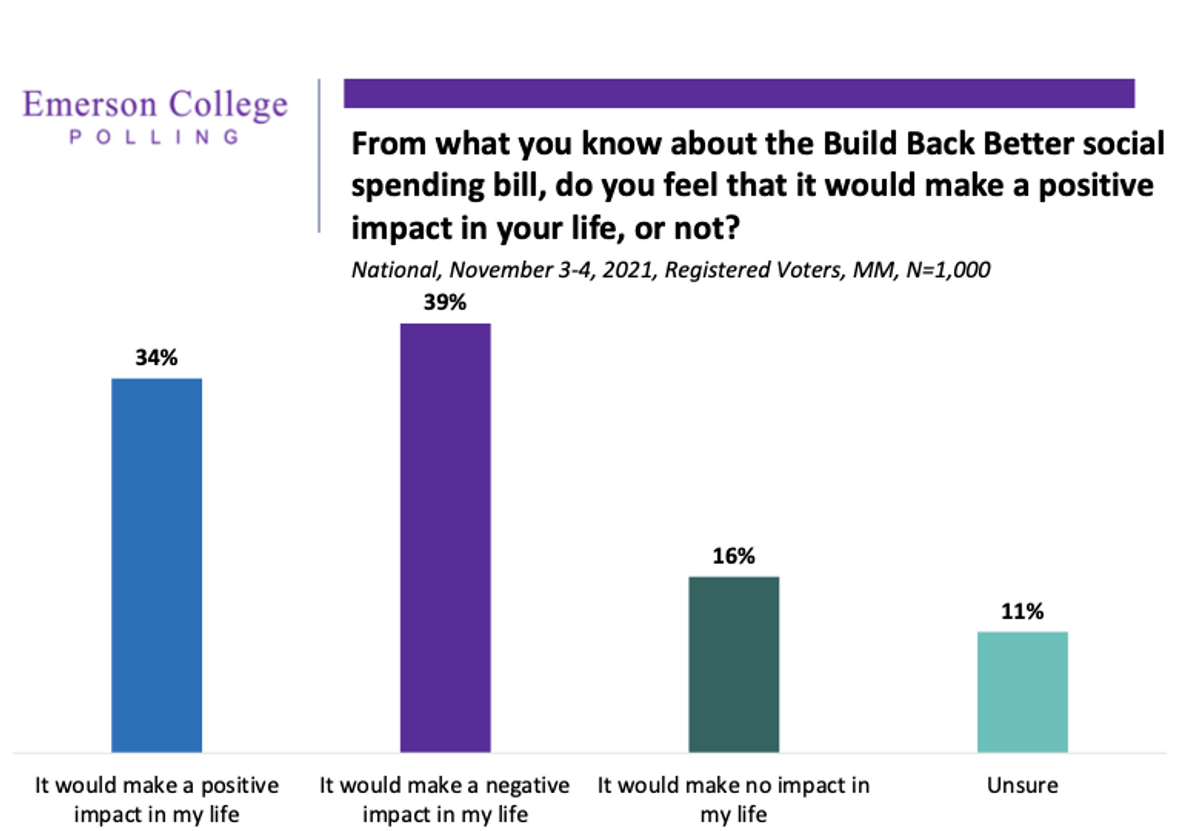 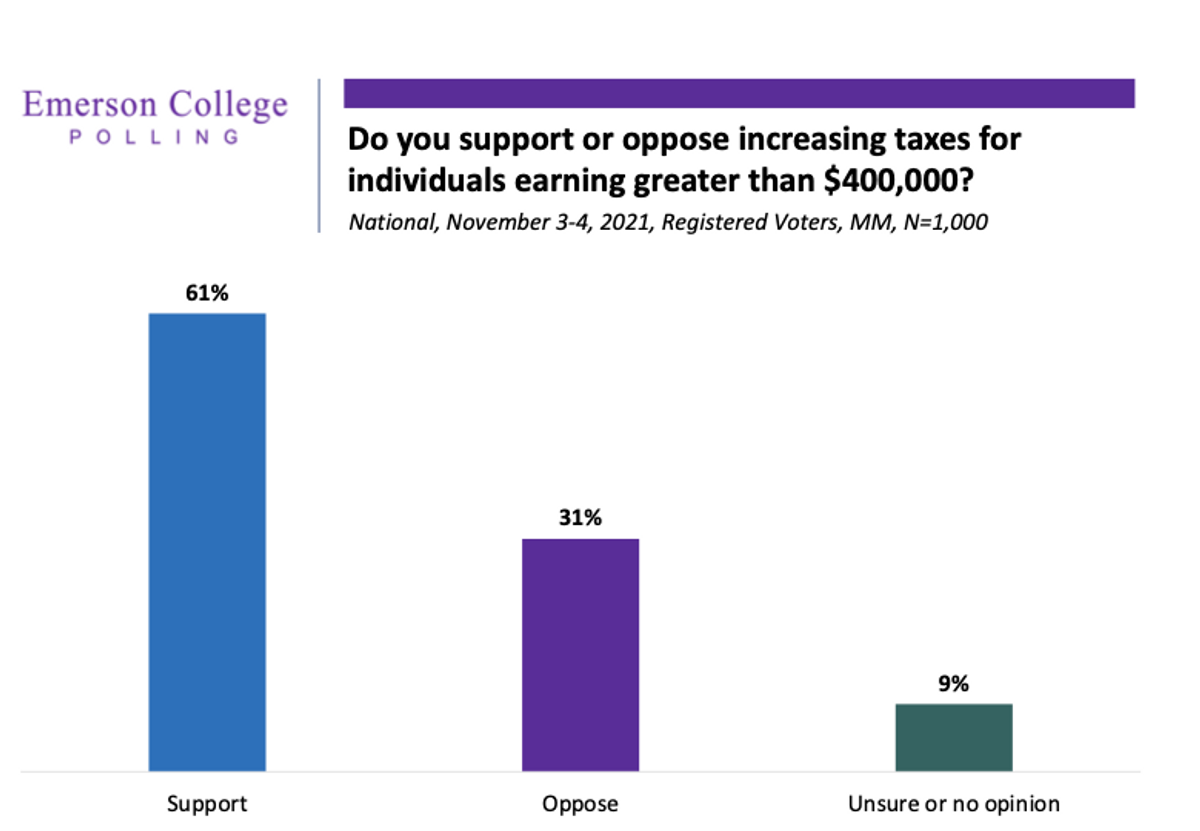 About 1 in 4 voters, 28%, said they plan to travel this Thanksgiving.

The Emerson College national poll was conducted November 3-4, 2021. The sample consisted of registered voters in the United States, n=1,000 with a Credibility Interval (CI) similar to a poll’s margin of error (MOE) of +/- 3.0 percentage points. The data sets were weighted by age, education, race, party affiliation, and region based on 2020 turnout modeling. It is important to remember that subsets based on gender, age, party breakdown, ethnicity, and region carry with them higher margins of error, as the sample size is reduced. Data was collected using a cellphone sample of SMS-to-web, an online panel provided by Amazon MTurk, and an Interactive Voice Response (IVR) system of landlines. 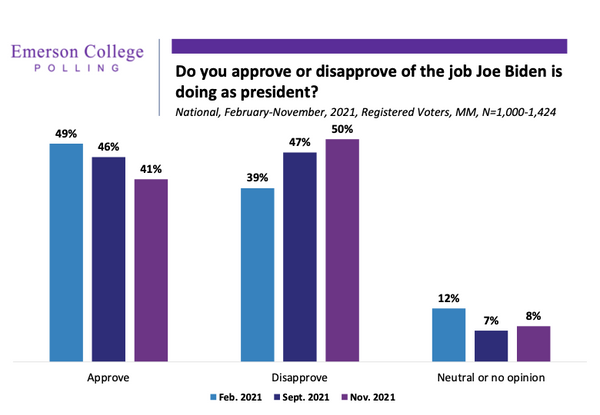 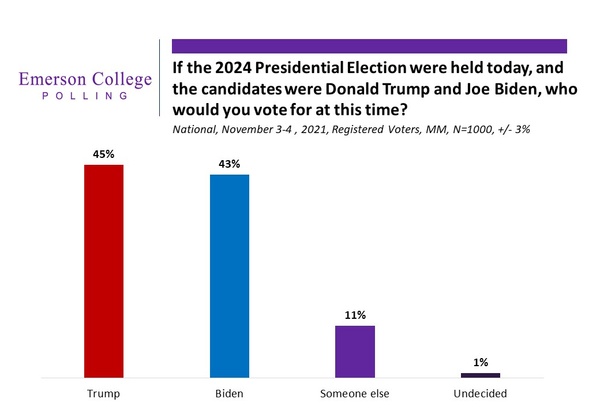 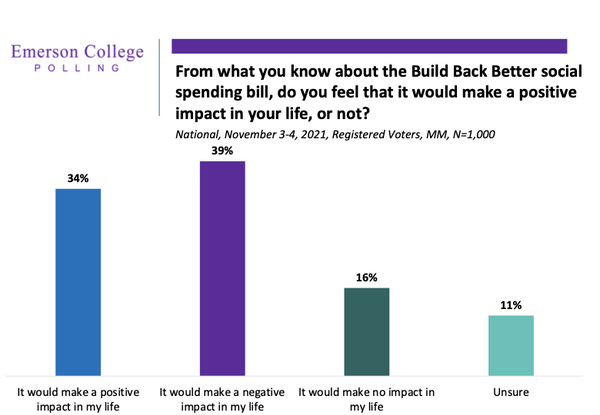 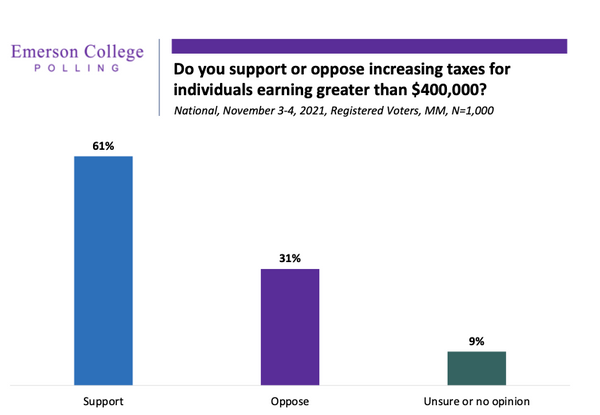