A new Emerson College/NewsNation poll finds the presidential election in a statistical tie between President Trump and former Vice President Joe Biden with both candidates at 49%. Two percent (2%) of voters are voting for another candidate, and 1% percent of voters say they are undecided (n=721, MM, likely voters, October 13-14, +/- 3.6%). Last month, the Emerson/Nexstar Poll had Biden leading 50% to 49%. 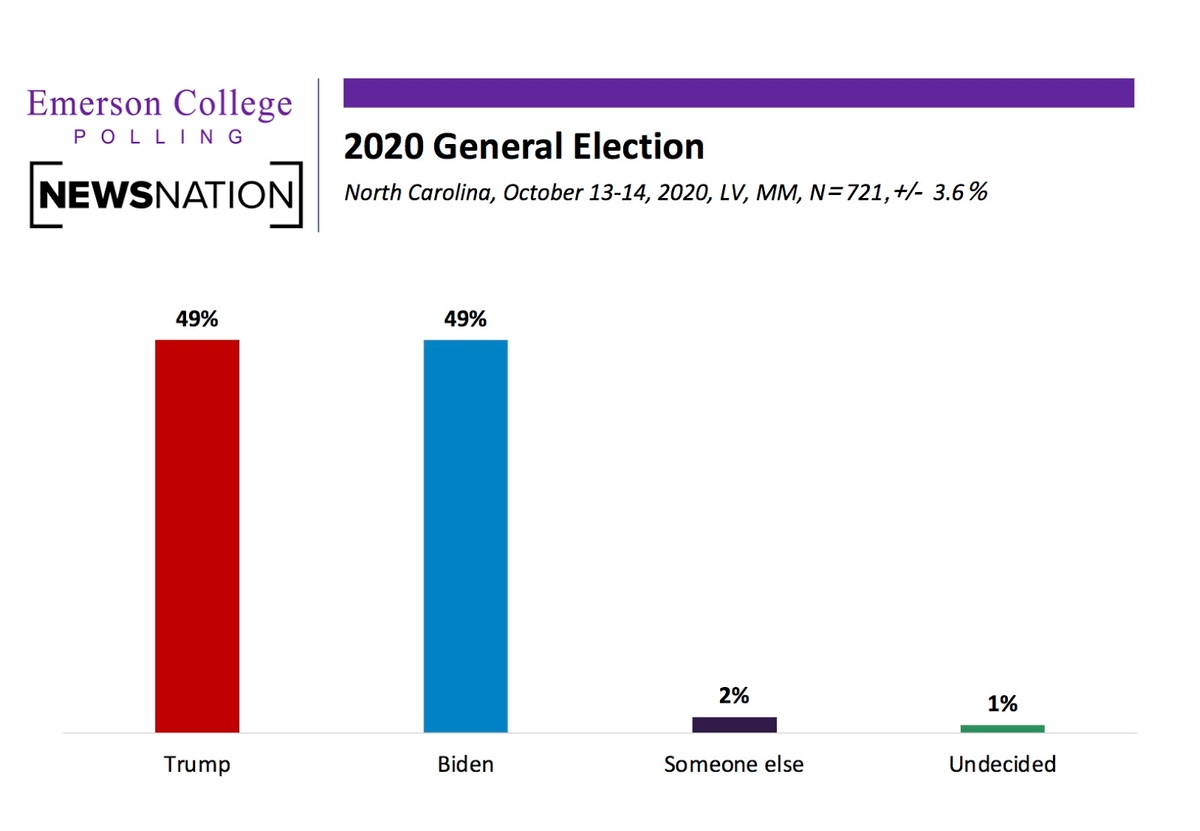 In the race for US Senate, Democrat Cal Cunningham statistically even with incumbent Republican Thom Tillis, 45% to 44%. Twelve percent (12%) of voters are undecided at this time. Unaffiliated voters are breaking for Tillis, 48% to 43%. Since September, the race has tightened, as Cunningham was up by 6 at that point.

Spencer Kimball, Director of Emerson College Polling notes that “the Senate race is fundamentally different from the Presidential and Governor races, as it has a higher number of undecided voters. It will be interesting to see where these voters end up and how that could impact the other races in the state.”

In the race for Governor, Democratic Governor Roy Cooper leads Republican Dan Forest 50% to 46%. Four percent say they are undecided. Cooper’s lead in the past few weeks has also shrunk, as he led by 8 points in the last Emerson/Nexstar poll of the state 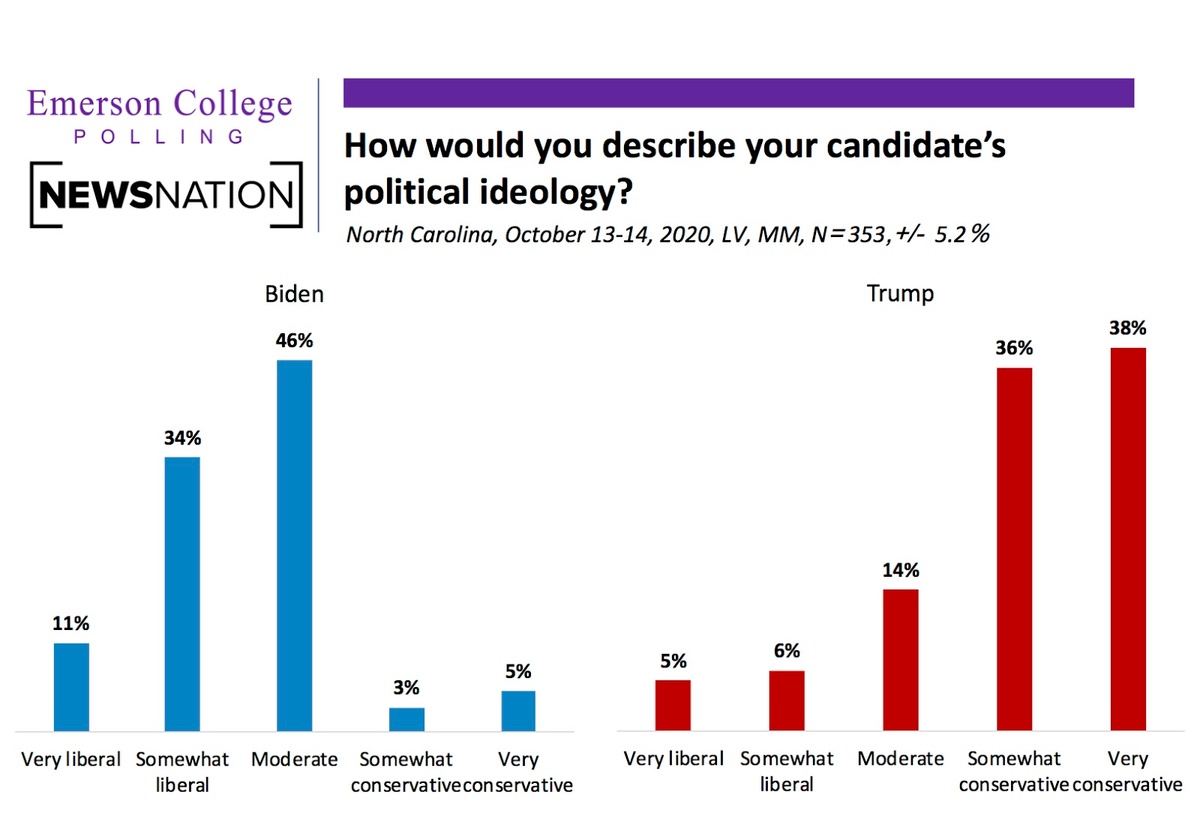 The North Carolina Emerson College poll was conducted October 13-14, 2020. The sample consisted of likely Democratic, Republican, and Independent voters, n=721, with a Credibility Interval (CI) similar to a poll’s margin of error (MOE) of +/- 3.6 percentage points. The data sets were weighted by gender, age, education, party affiliation, race and region based on 2016 voter turnout modeling. It is important to remember that subsets based on gender, age, party breakdown, ethnicity, and region carry with them higher margins of error, as the sample size is reduced. Data was collected using an Interactive Voice Response (IVR) system of landlines (n=277), SMS-to-web texts (n=143), and an online panel provided by MTurk (n=301). 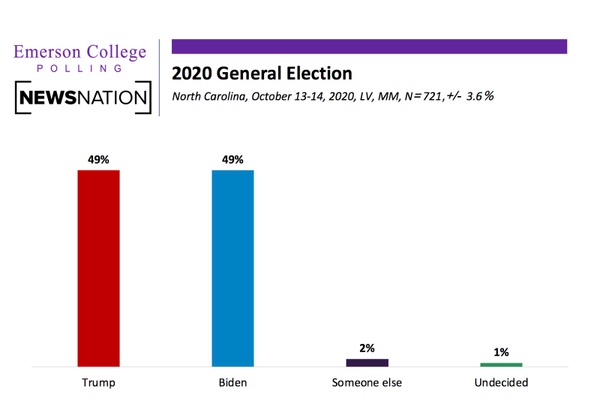 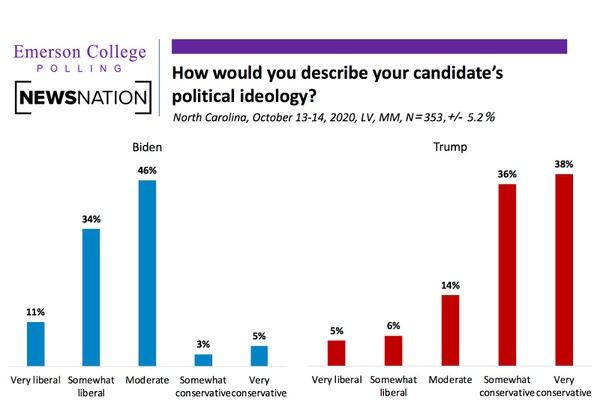