A new Emerson College/ Nexstar Media poll of North Carolina likely voters finds the presidential election in a dead heat in the Tar Heel state. Fifty-percent (50%) of voters are breaking for former Vice-President Joe Biden, while 49% plan to vote for President Donald Trump. One percent of voters say they are undecided (n=717, MM, likely voters, September 16-18, 2020, +/- 3.6%). Back in August, the Emerson Poll had Trump ahead by two-points, 48% to 46%, with 6% undecided. 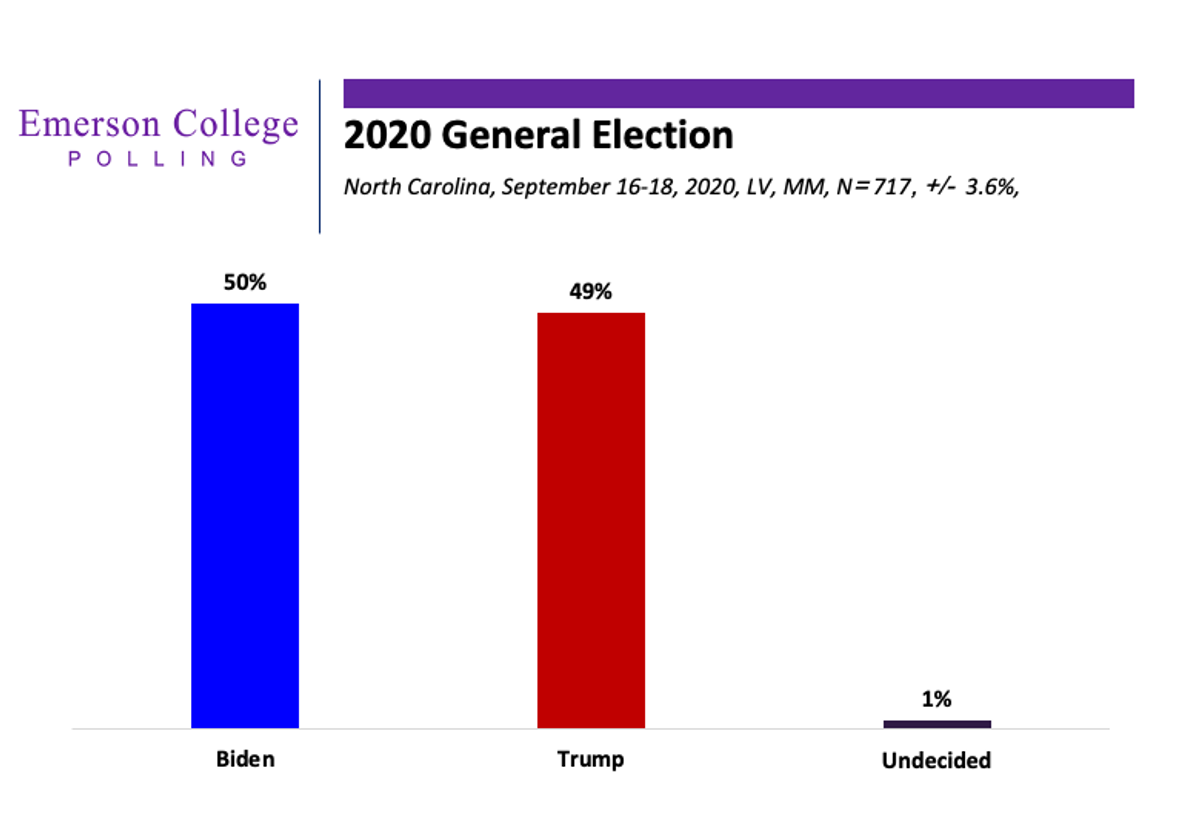 Voters are split on Trump’s approval: 49% approve and 49% disapprove of the job he is doing as President.

Trump leads with voters holding a high school degree or less, 67% to 33%, while Biden leads all groups with higher education, including 54% of those with some college and 61% of those with a college degree or higher.

In the U.S. Senate race, Democrat Cal Cunningham holds a 49% to 43% lead over Republican incumbent Senator Thom Tillis, 8% are undecided.

Additional results will be released on Friday, September 25th.

The North Carolina Emerson College poll was conducted September 16-18, 2020. The sample consisted of likely Democratic, Republican, and Independent voters, n=717, with a Credibility Interval (CI) similar to a poll’s margin of error (MOE) of +/- 3.6 percentage points. The data sets were weighted by gender, age, education, party affiliation, race and region based on 2016 voter turnout modeling. It is important to remember that subsets based on gender, age, party breakdown, ethnicity, and region carry with them higher margins of error, as the sample size is reduced. Data was collected using an Interactive Voice Response (IVR) system of landlines (n=208), SMS-to-web texts (n=173), and an online panel provided by MTurk (n=337). 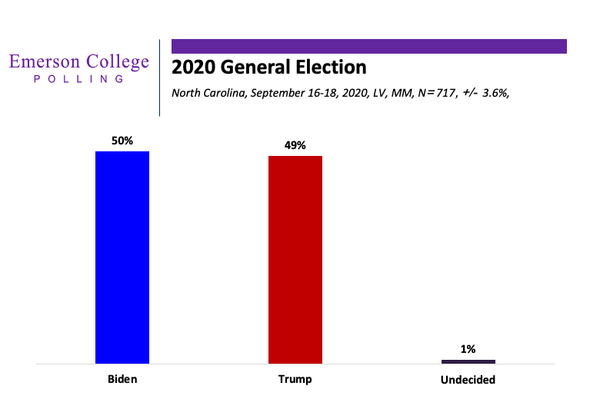