New Jersey 2020: Biden and Booker with Significant Leads in the Garden State 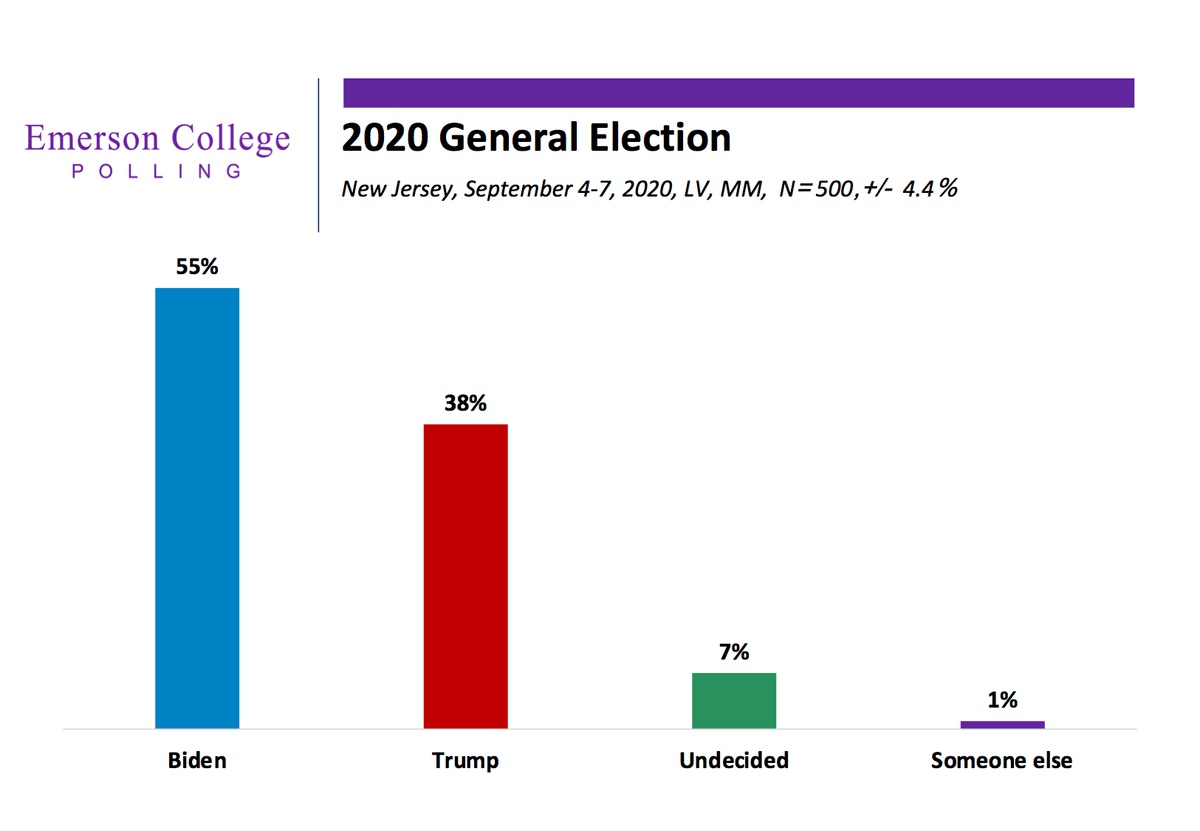 Spencer Kimball, Director of Emerson College Polling found “Biden is performing a few points better than Clinton did in 2016 which is a similar trend we have seen in other states around the country.”

President Trump's popularity in New Jersey is about 10 points below his national numbers with The majority of New Jersey voters (56%) disapprove of the job Donald Trump is doing as President, whereas 38% approve, and 7% were neutral.

Senator Cory Booker leads Republican challenger Rik Mehta 52% to 28%, 16% were undecided and 5% said they plan to vote for someone else.

Among party lines, Democratic voters were most likely to report feeling somewhat confident in the results, with 54% feeling so. Republicans were narrowly behind with 41% feeling somewhat confident, and 37% of Independents. Independent voters reported the highest feelings of somewhat uncertainty, with 33%. Republican voters lead amongst those who reported they will have no confidence in the election results, with 11% compared to 8% of Independents and 2% of Democrats. 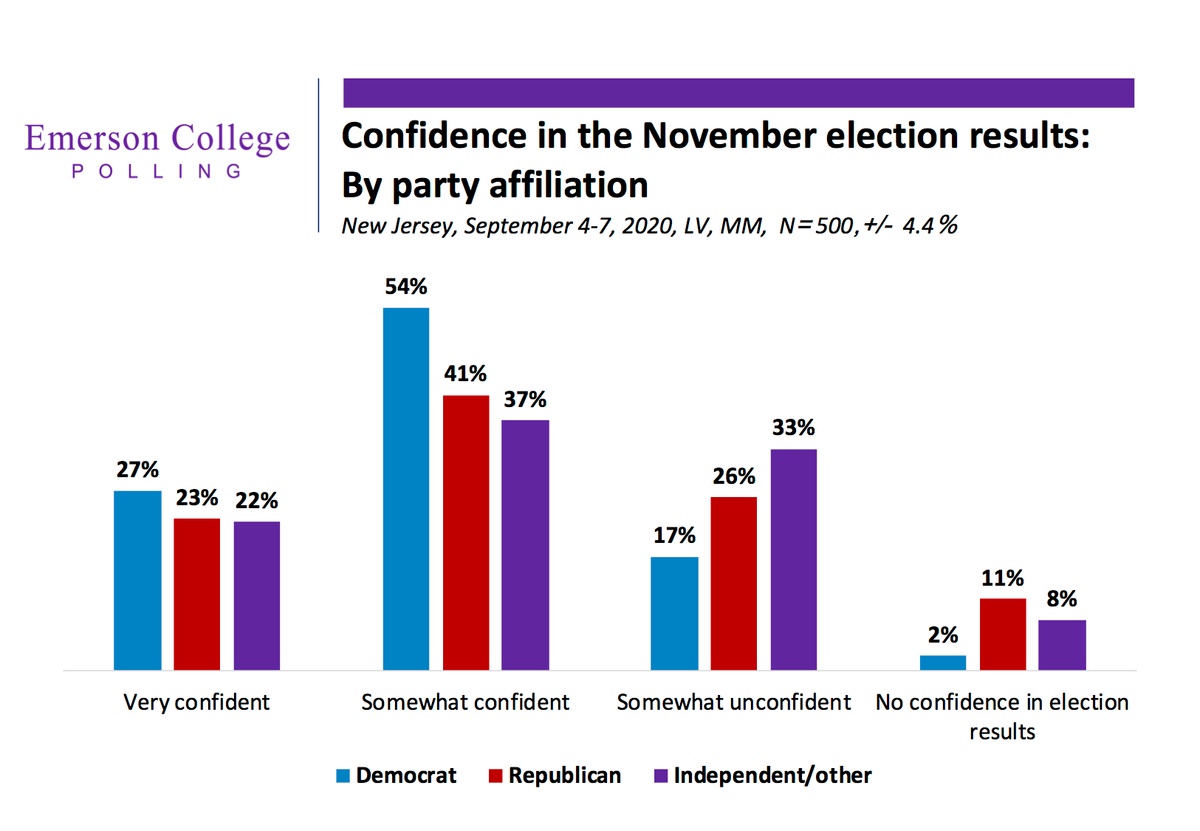 The New Jersey Emerson College poll was conducted September 4-7, 2020. The sample consisted of likely Democratic, Republican, and Independent voters, n=500, with a Credibility Interval (CI) similar to a poll’s margin of error (MOE) of +/- 4.4 percentage points. The data sets were weighted by gender, age, education, party affiliation, race and region based on 2016 voter turnout modeling. It is important to remember that subsets based on gender, age, party breakdown, ethnicity, and region carry with them higher margins of error, as the sample size is reduced. Data was collected using an Interactive Voice Response (IVR) system of landlines (n=267) and an online panel provided by MTurk (n=233). 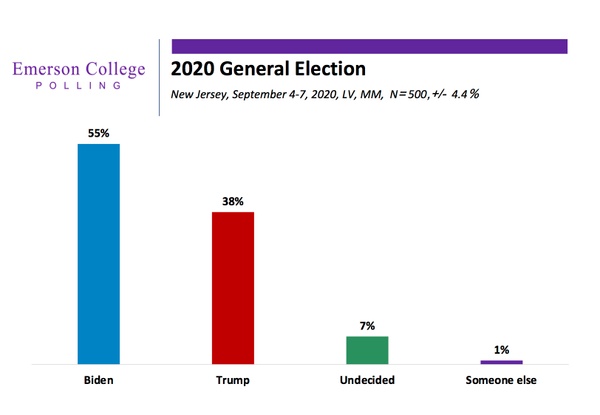 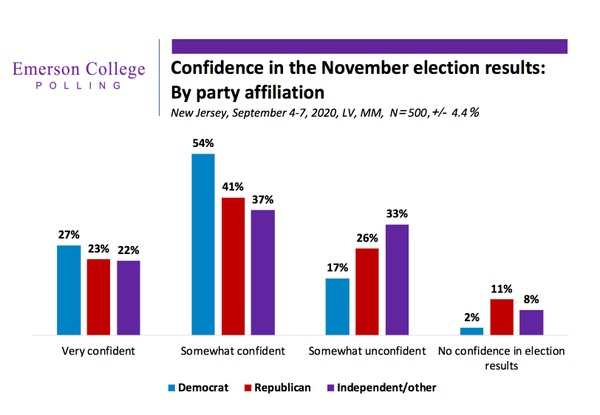