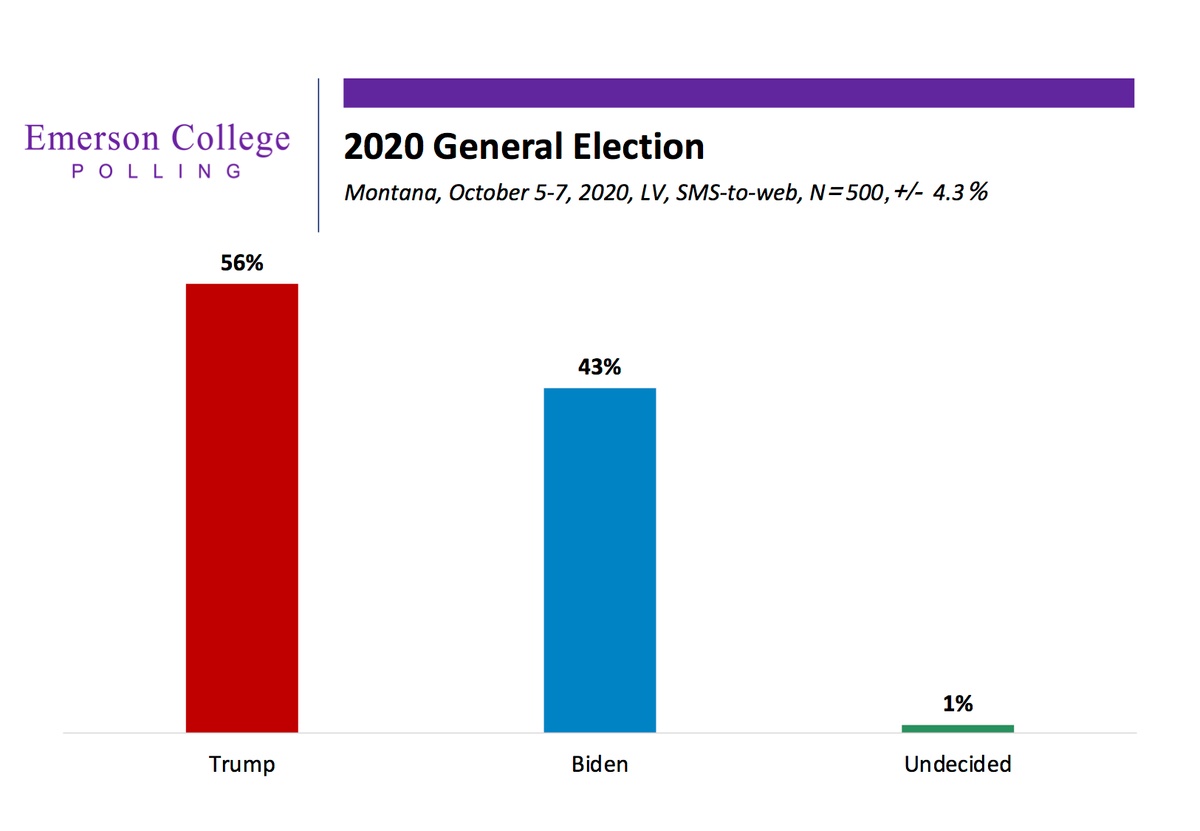 Spencer Kimball, Director of Emerson College Polling notes that “Montana looks about the same as it did at this time in the 2016 race, we will be looking to see if there is a late break in the state which last time went for Trump giving him a 20 point win”.

Continuing the trend seen around the country, voters who plan to vote by mail are strongly breaking for Biden, 60% to 39%, while those who plan to vote on election day are heavily planning to vote for Trump, 81% to 19%.

The US Senate race is slightly tighter than the presidential contest, as incumbent Republican Steve Daines leads Democratic Governor Steve Bullock by 9 points. Five percent of voters remain undecided. Senator Daines has also expanded his lead since August, when he led the Senate race by six points. 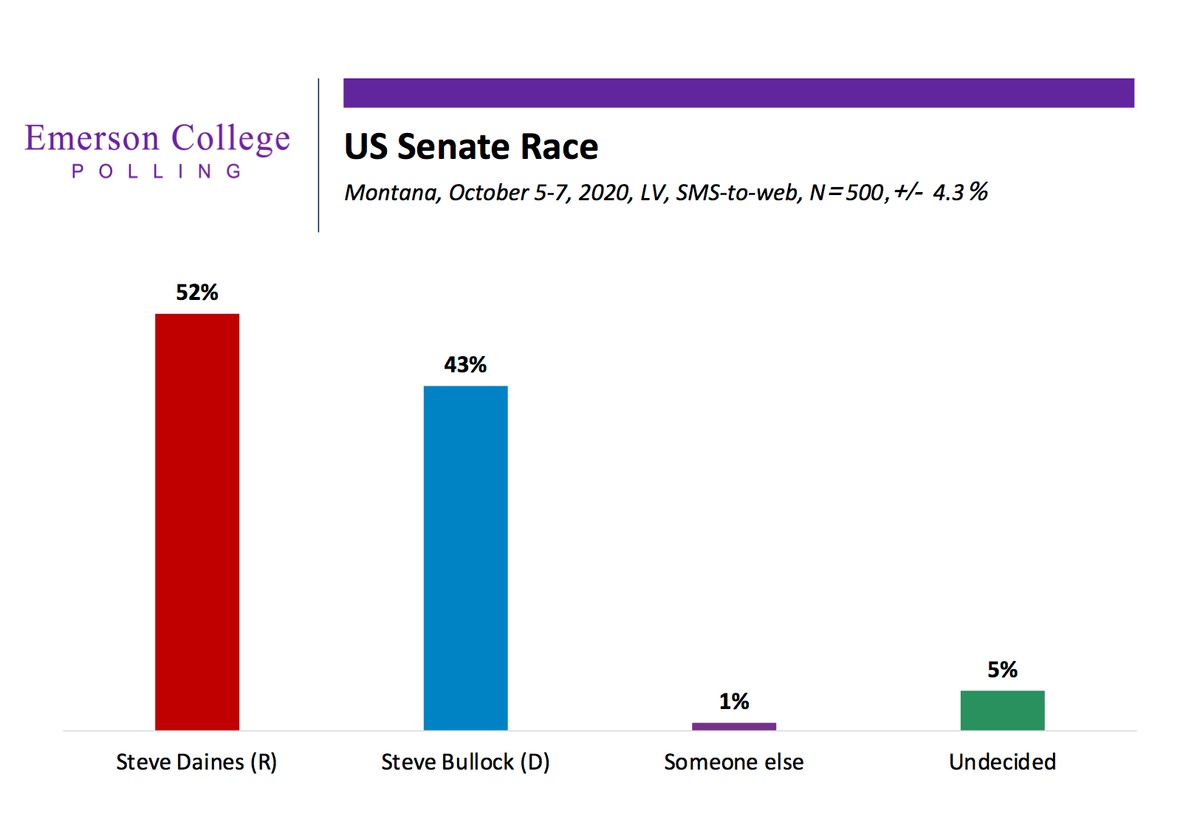 In the Governor race, Republican Greg Gianforte leads Democrat Mike Cooney by 13 points, 54% to 41%. Four percent are undecided. In August, Gianforte led by nine points, and seven percent were undecided. 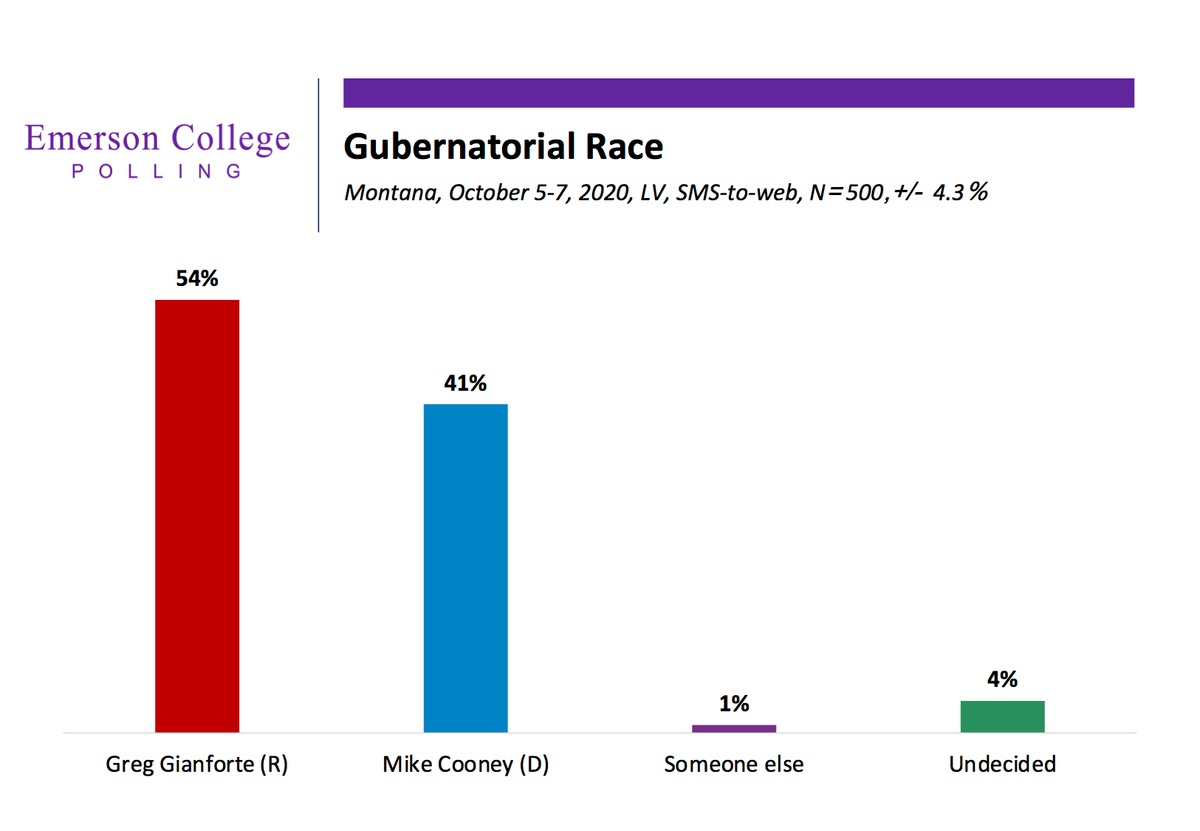 The Montana Emerson College poll was conducted October 5-7, 2020. The sample consisted of likely registered voters, n=500, with a Credibility Interval (CI) similar to a poll’s margin of error (MOE) of +/- 4.3 percentage points. The data sets were weighted by gender, age, and education based on 2016 voter turnout modeling. It is important to remember that subsets based on gender, age, party breakdown, ethnicity, and region carry with them higher margins of error, as the sample size is reduced. Data was collected using SMS-to-web texting (n=500). 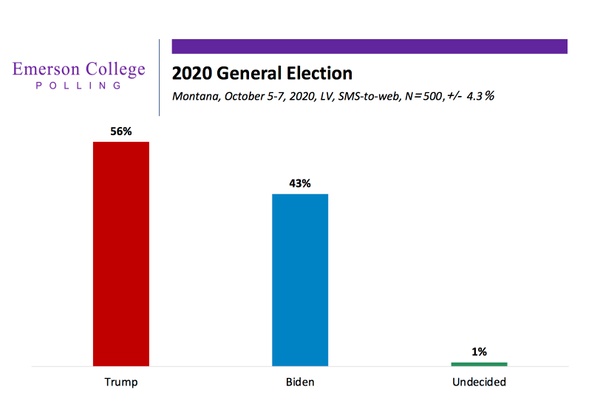 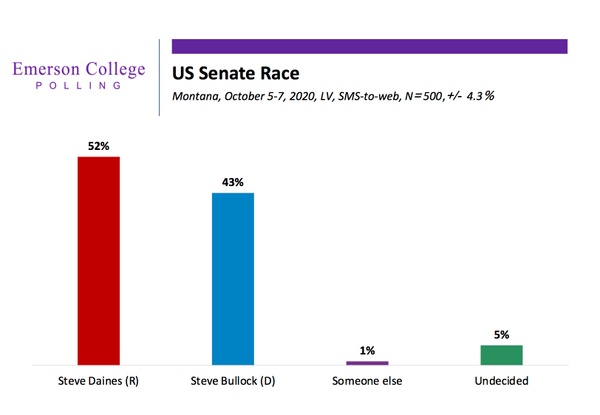 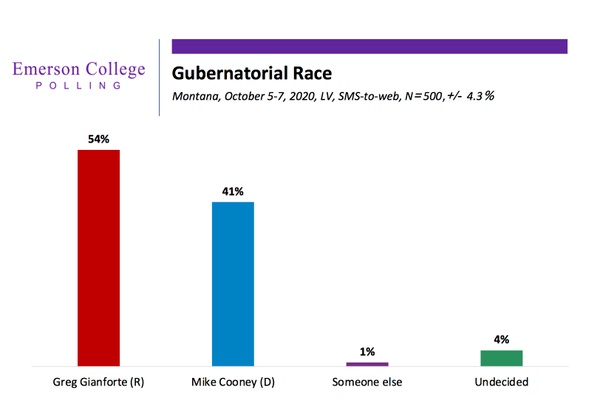