A new Emerson College poll of Montana finds President Donald Trump at 53% and former Vice President Joe Biden at 42% with 5% undecided. When undecided voters were asked who they would choose they broke for Biden nearly 3:1 and tightened the race from an 11 point margin down to 9.

Spencer Kimball, Director of the Emerson College Poll found “Trump support nearly mirrors his 2016 results but in a two-horse race Biden looks to be closing the gap by picking up the voters who went third party in 2016, however, there is likely a ceiling to how close he can get”. 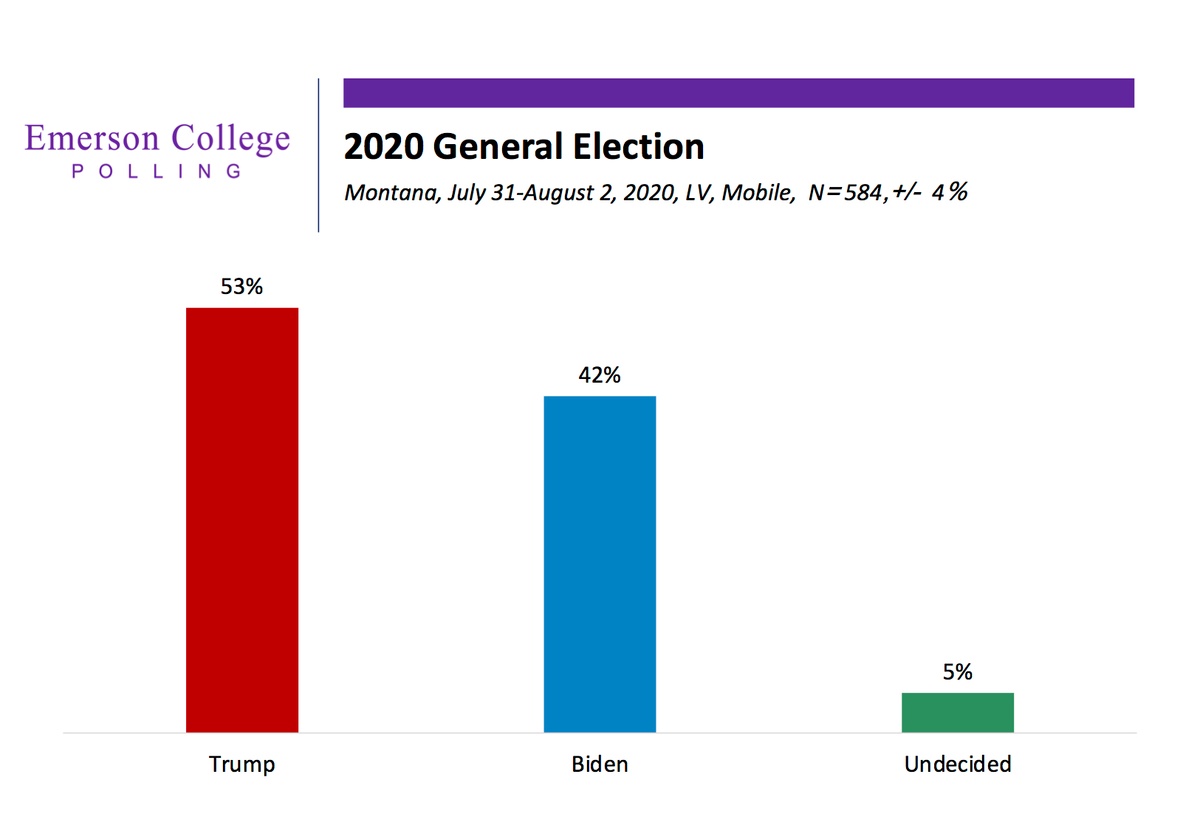 The US Senate race appears competitive with incumbent Republican Steve Daines leading with 50% support. His Democratic opponent, Governor Steve Bullock. is at 44%. Of the remaining voters, 5% find themselves undecided. Independents are breaking for Bullock, with 53% support. 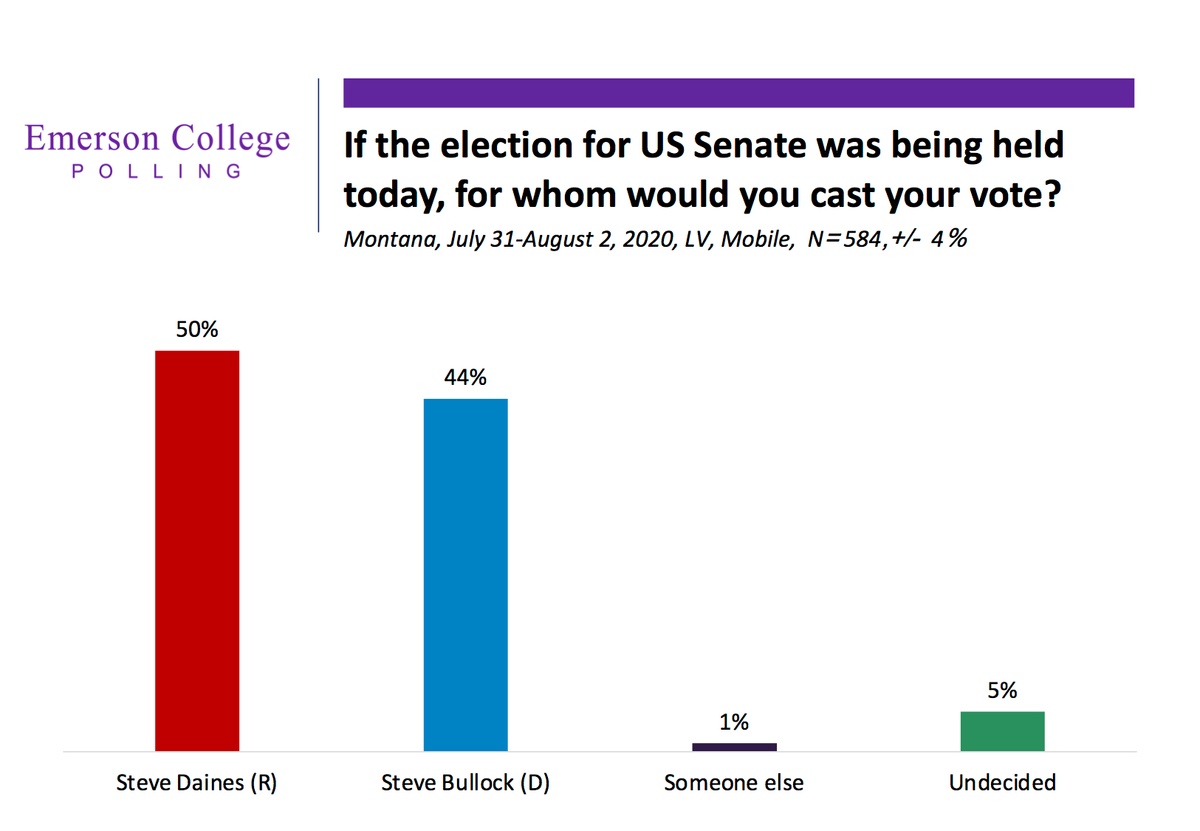 Kimball points out that “Montana could be a bellwether of sorts to see if Gov. Bullock can buck the trend of 2016 when Trump states went Republican in Senate races while Clinton states went Democratic”. 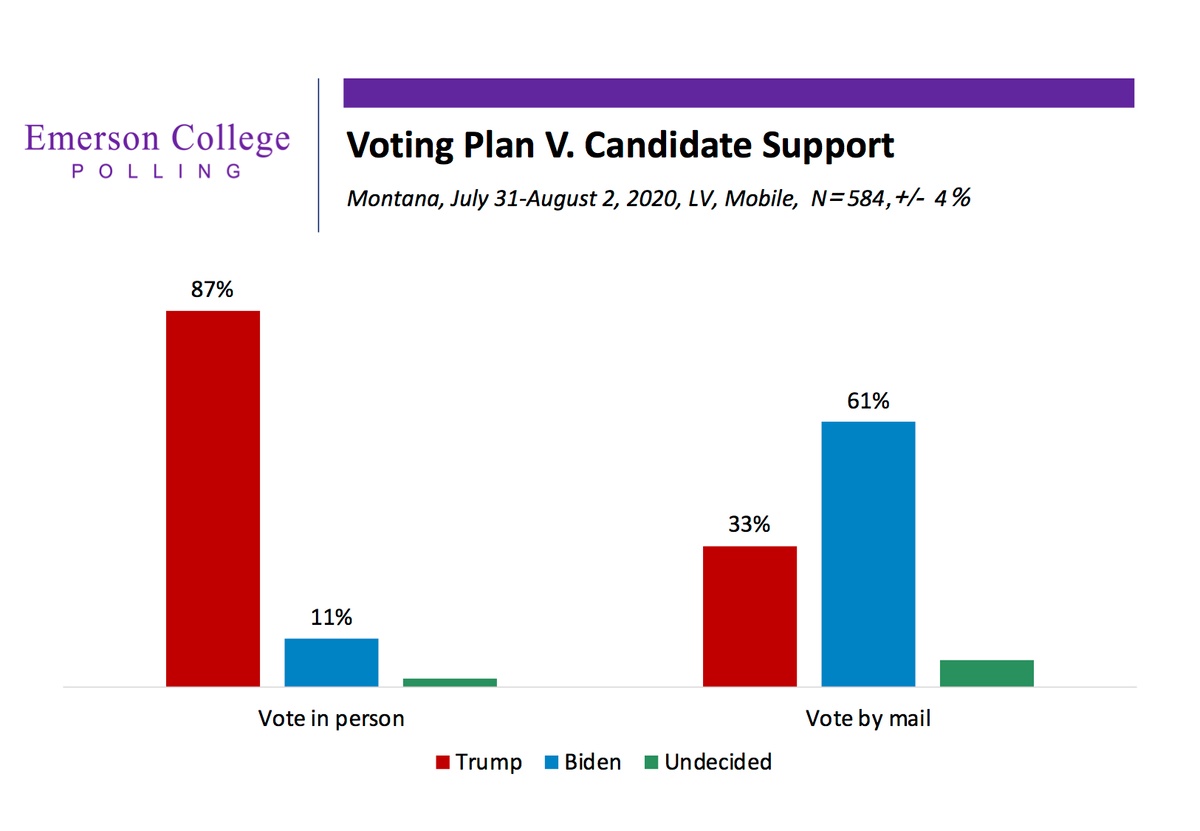 Voters who consider themselves Independents are breaking for Biden, with 49% to 39% supporting the President. 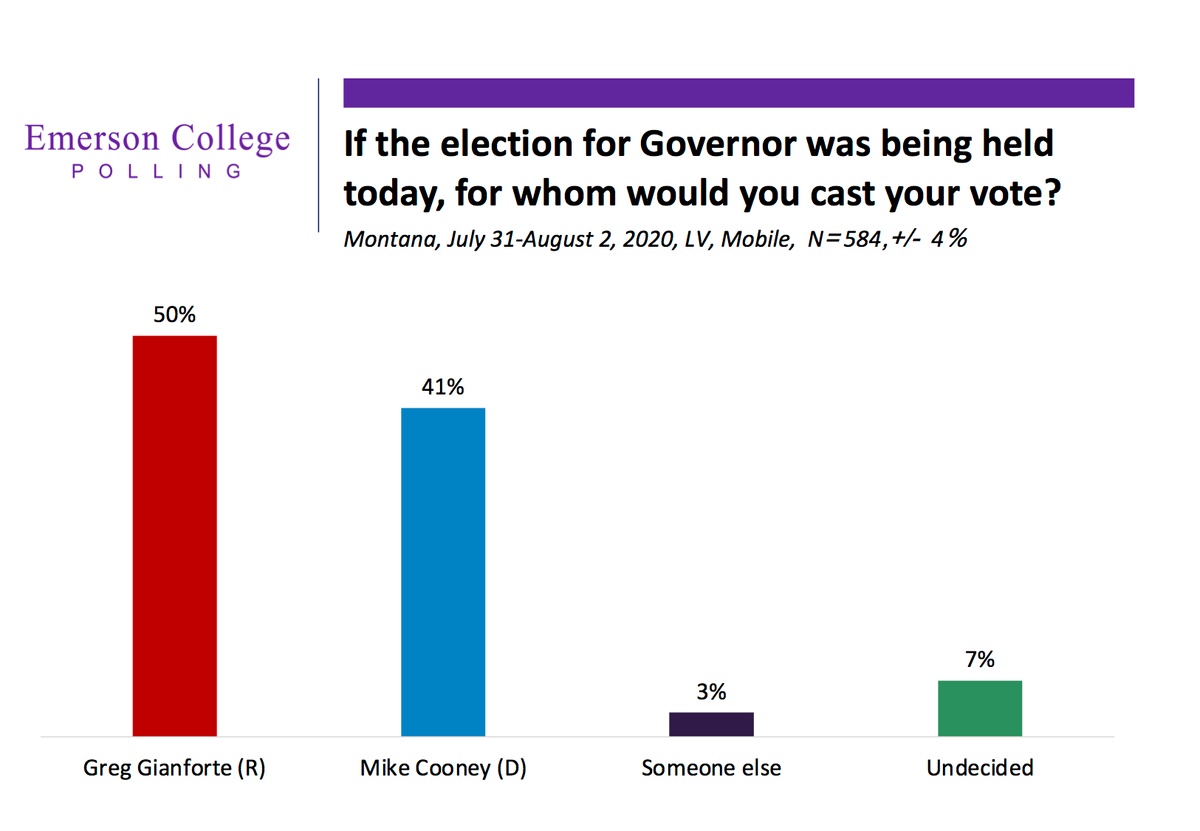 The Montana Emerson College poll was conducted July 31-August 2, 2020. The sample consisted of likely registered voters, n=584, with a Credibility Interval (CI) similar to a poll’s margin of error (MOE) of +/-4 percentage points. The data sets were weighted by gender, age, education, and ethnicity based on 2016 voter turnout modeling. It is important to remember that subsets based on gender, age, party breakdown, ethnicity, and region carry with them higher margins of error, as the sample size is reduced. Data was collected using a list of 30,000 mobile numbers provided by Aristotle Inc. A SMS-text to web was sent July 31 to 15,000 numbers and on August 1 to an additional 15,000 numbers. Responses were open until noon August 2. 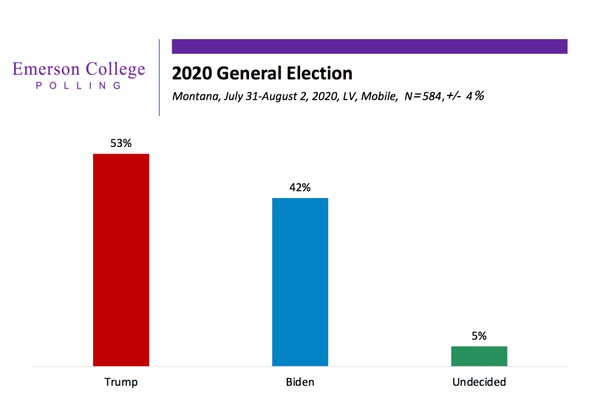 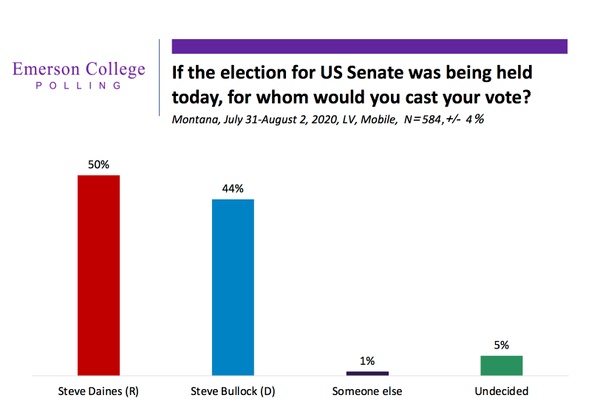 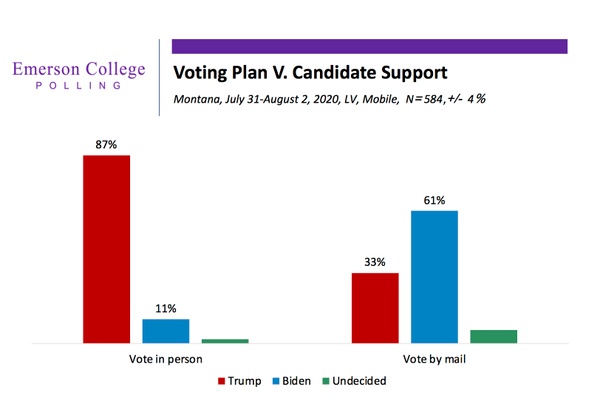 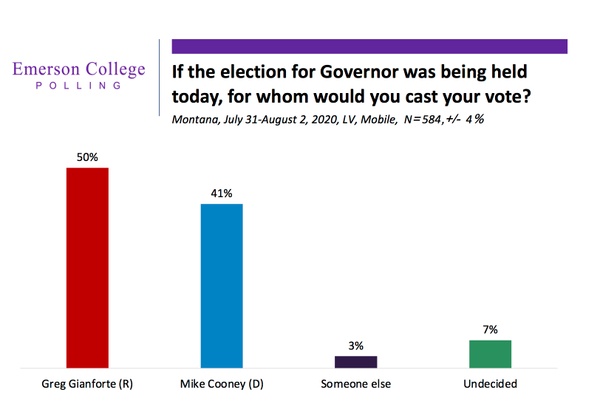