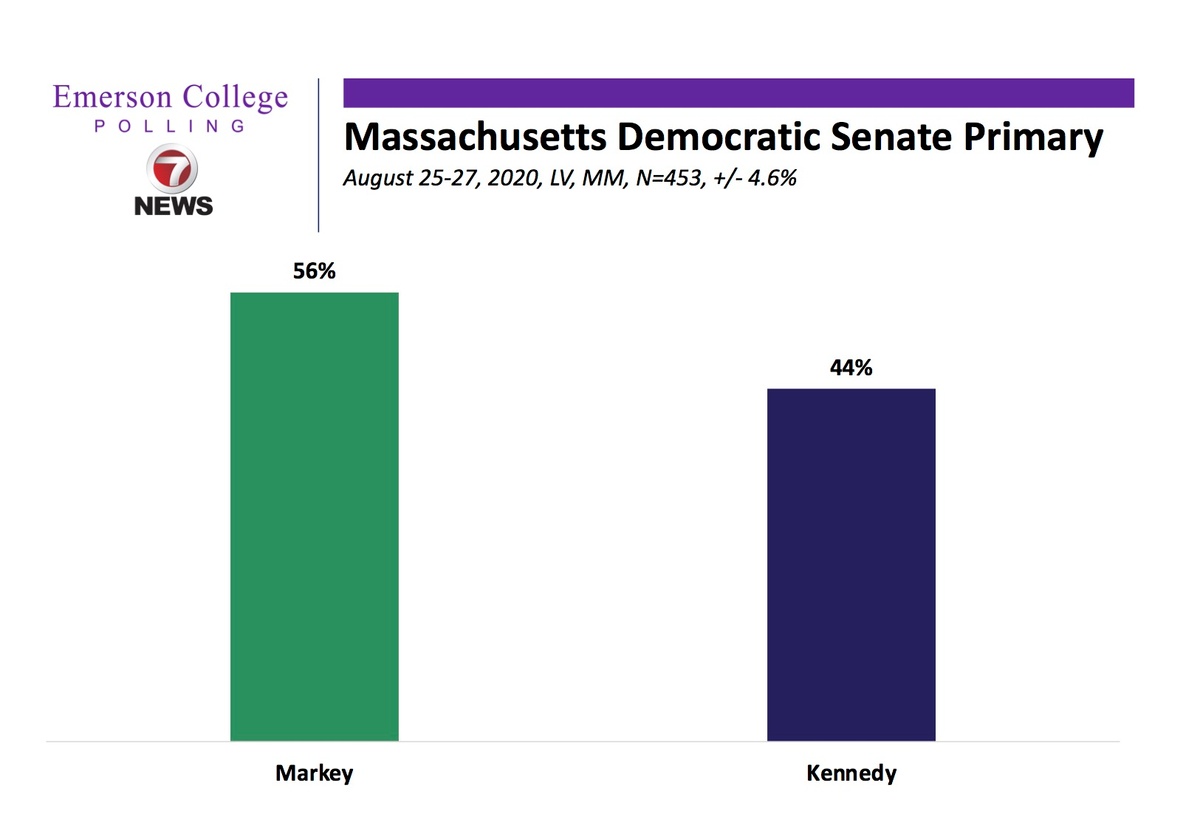 Markey’s base support is registered Democratic voters, where he leads 61% to 39%; Independents are split between the two candidates, but are breaking for Markey 51% to 49%.

Another base demographic for Markey are younger voters, particularly those 18-29, who break for Markey 70% to 30%.

Kennedy’s strength is with lower educated voters; he is leading those who have a high school diploma or less with 66% of the vote. Markey leads amongst all other educational groups.

Spencer Kimball, Director of Emerson College Polling analyzes: “it appears that Markey was able to re-define himself over the summer as a Bernie Sanders style progressive which allowed him to win over previous supporters of Kennedy, whose more moderate positions might have caused early supporters to shift to Markey.”

Regardless of their preference, a majority, 60%, think that Markey will be re-elected. 40%, expect that Kennedy will win the Senate seat.

A plurality of voters, 44%, think hybrid learning, with a mix of remote and in-person, is most appropriate for K-12. Full remote learning was supported by 36% of respondents and the following 19% were in support of full in-person learning. 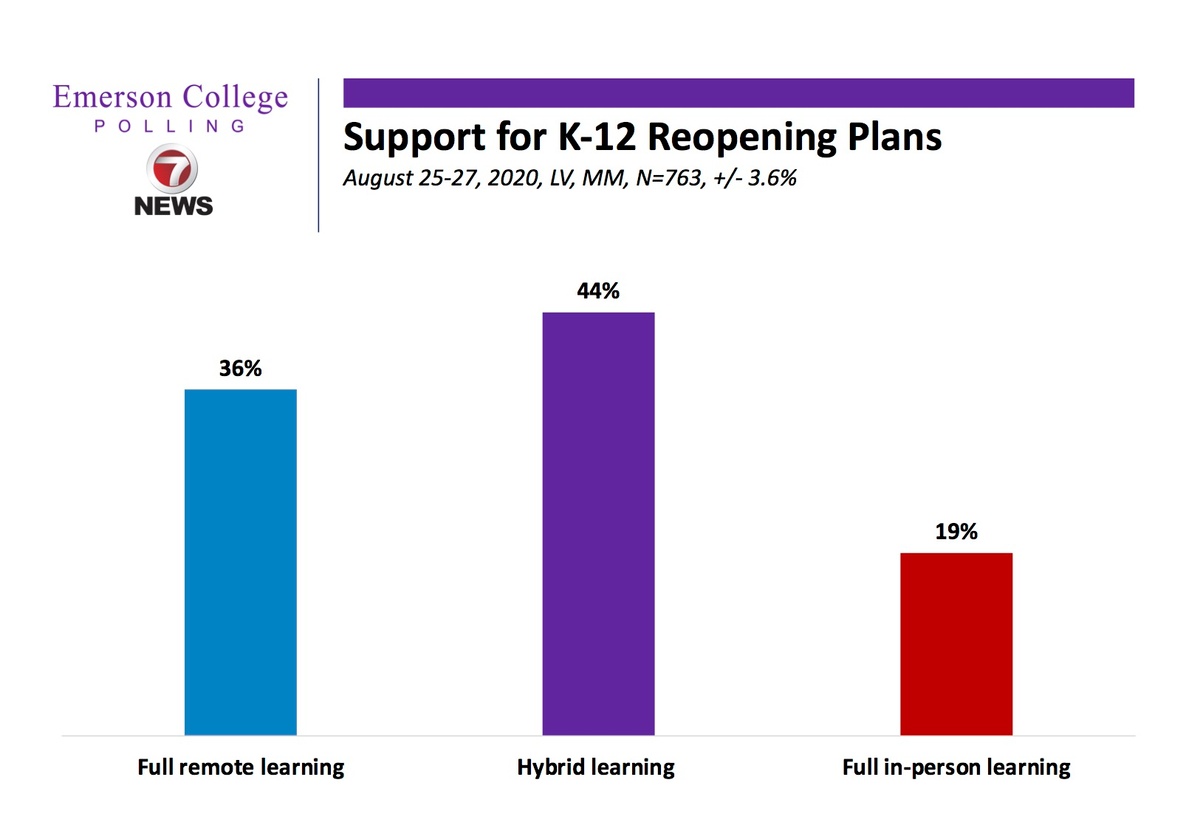 Regarding higher education in the Commonwealth, a majority, 62%, said colleges and universities should not be opening with in-person classes. 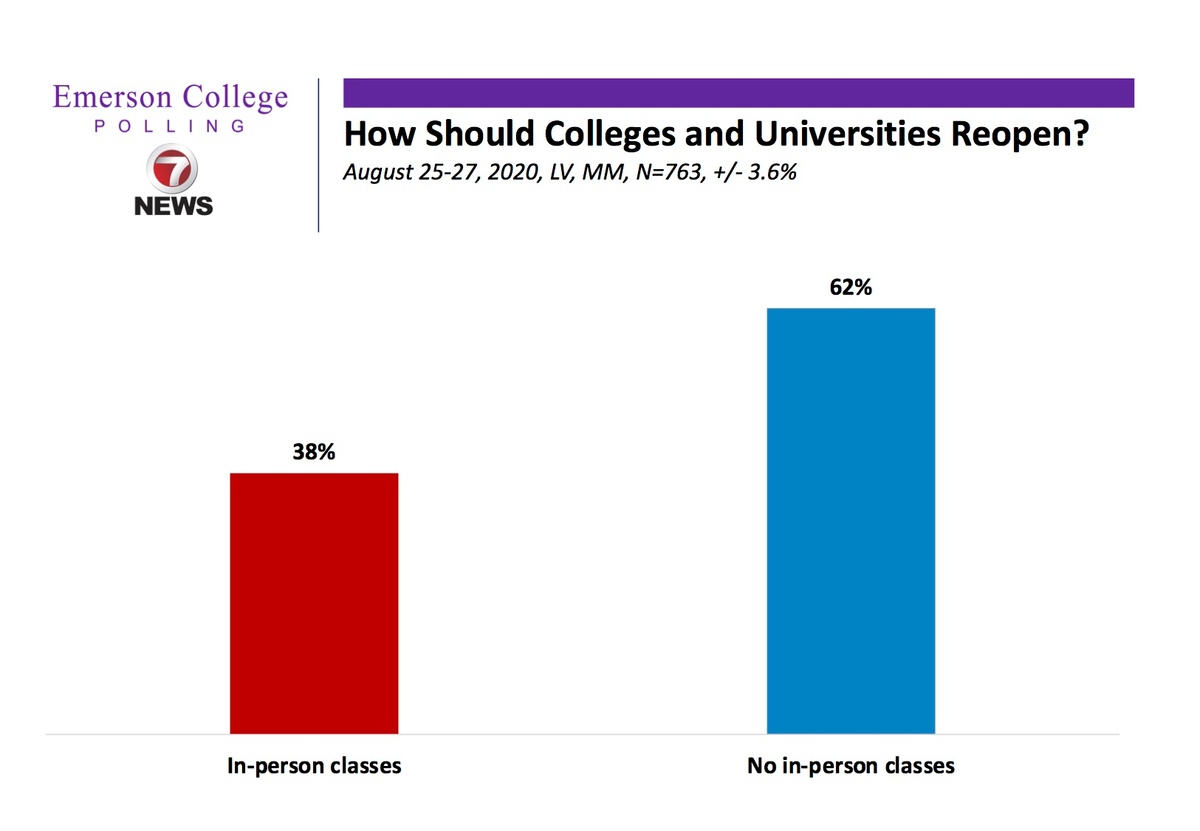 The Massachusetts Emerson College/WHDH poll was conducted August 25-27, 2020. The sample consisted of likely registered voters, n=763, with a Credibility Interval (CI) similar to a poll’s margin of error (MOE) of +/-3.6 percentage points. The data sets were weighted by gender, age, education, voter registration and race based on voter turnout modeling using the 2016 US Census Voting and Registration Supplemental data sets and 2016 official vote results. It is important to remember that subsets based on gender, age, party breakdown, ethnicity, and region carry with them higher margins of error, as the sample size is reduced. Data was collected using an Interactive Voice Response (IVR) system of landlines (n=367), SMS to text mobile (n=254), and an online panel provided by MTurk (n=154). 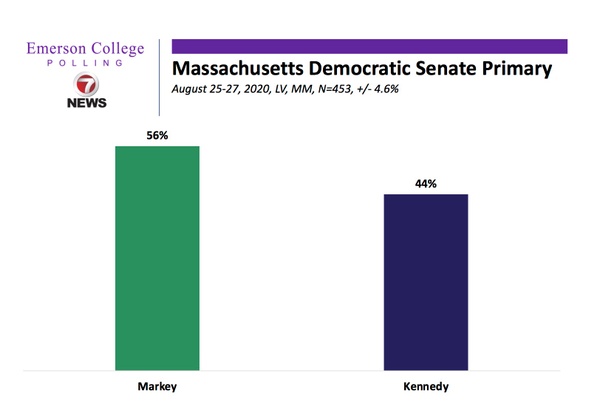 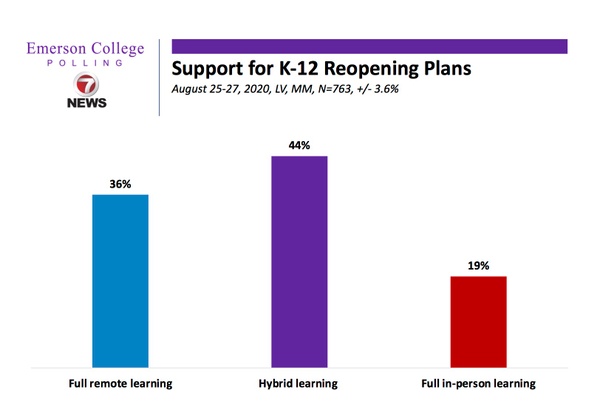 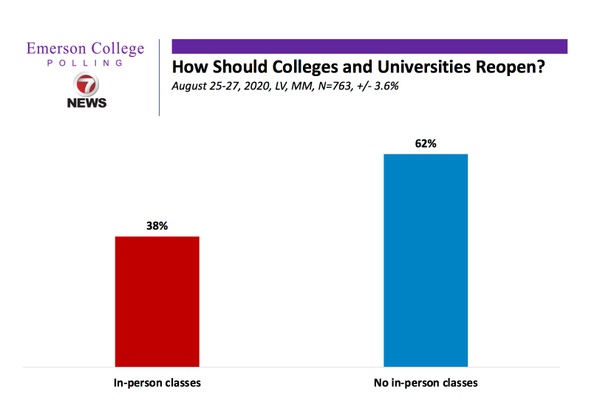