Majority of New Yorkers in Favor of Cuomo Resignation

A new PIX11/NewsNation/Emerson College poll finds a majority (60%) of New Yorkers think that Governor Cuomo should resign following an investigation by the New York Attorney General that concluded eleven women were sexually harassed by the governor. Twenty-six percent (26%) believe he should remain in office, and 14% are undecided. In March, when allegations of sexual harassment first surfaced against Cuomo, 43% were in favor of his resignation, 34% were opposed and 23% were unsure. 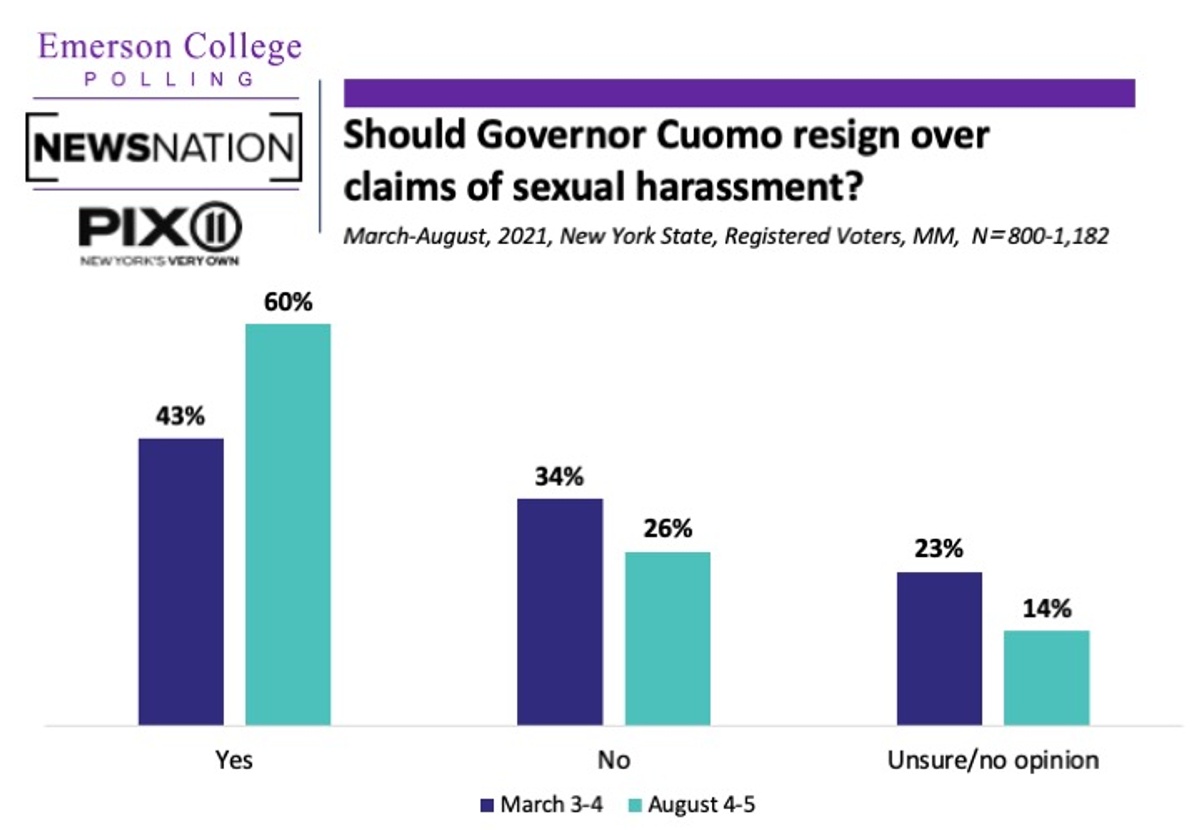 In the case that Cuomo leaves office and is replaced by Lieutenant Governor Kathy Hochul, a plurality (32%) are unsure if they have confidence in the job Hochul would do as Governor. Twenty-eight percent (28%) are confident in Hochul, 24% are not, and 16% have never heard of her.

Overall, the Governor’s job approval remains underwater, at 41% approve/ 47% disapprove - slightly up from the March 2021 poll when his approval was at 38% and disapproval at 49%.

The Emerson Poll reveals that voters are more concerned about other issues facing New York, with a plurality (27%) reporting the Delta variant of Covid-19 to be the top issue. Other top issues include crime (19%), reopening businesses and the economy (18%), nursing home deaths from COVID-19 (9%), and providing Covid-19 vaccines (8%). Returning schools to in-person learning and Governor Cuomo’s sexual harassment allegations ranked at the bottom of the list of top issues, at 6% each. 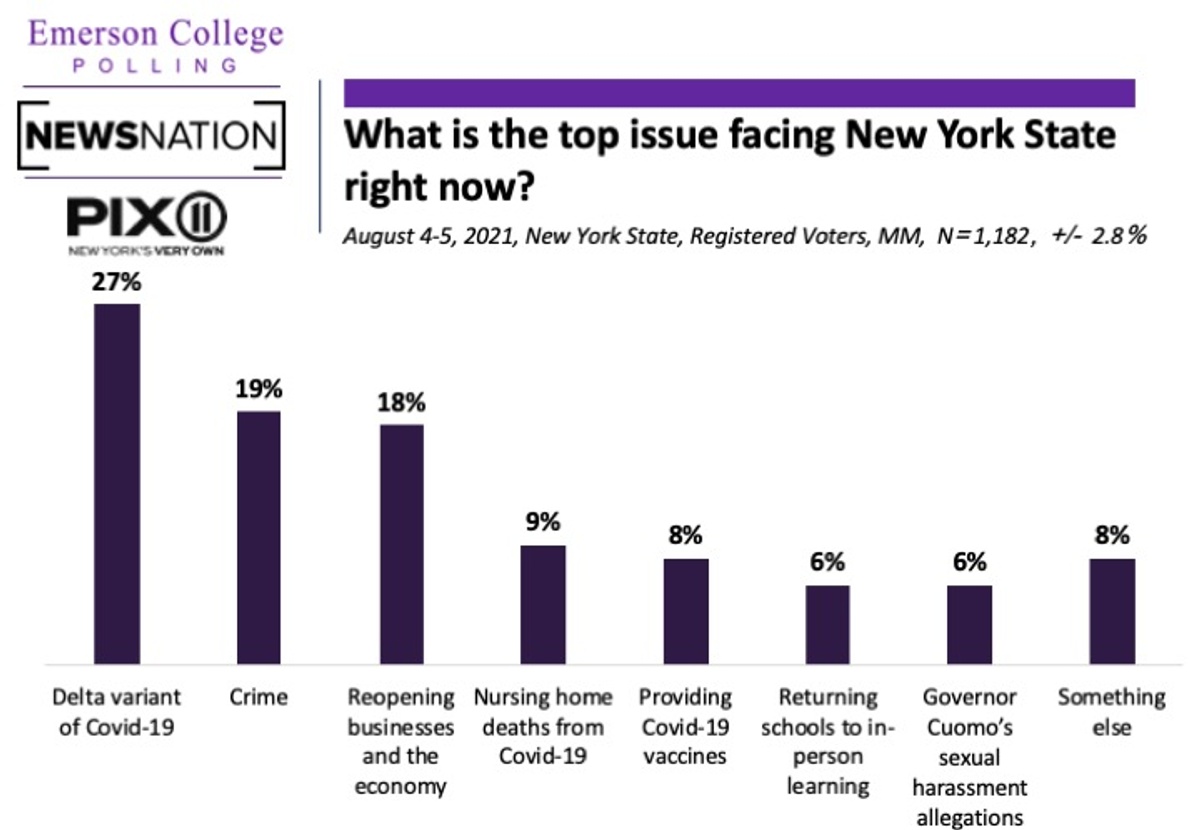 The New York Emerson College/Nexstar Media Group poll was conducted August 4-5, 2021. The sample consisted of New York registered voters, n=1,182, with a Credibility Interval (CI) similar to a poll’s margin of error (MOE) of +/- 2.8 percentage points. The data sets were weighted by gender, age, education, race, party affiliation, and region. It is important to remember that subsets based on gender, age, party breakdown, ethnicity, and region carry with them higher margins of error, as the sample size is reduced. Data was collected via a cellphone sample using SMS-to-web, a landline sample using IVR, and an online panel provided by Amazon MTurk. 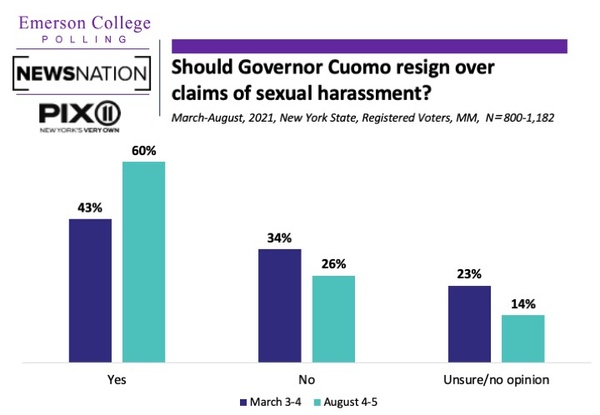 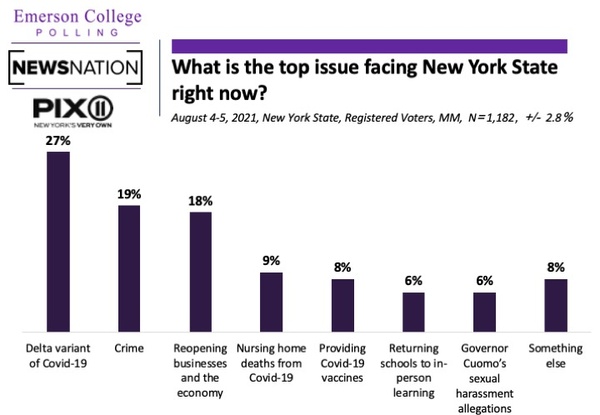