With less than one week until the preliminary election for Mayor of Boston, the final Emerson College/7News poll shows City Councilor Michelle Wu leading the field by double-digits, with 30% of the vote. Battling for the second spot in November’s election are City Councilor Annissa Essaibi-George, at 18%, City Councilor Andrea Campbell, at 17%, and acting Mayor Kim Janey, at 16%. All other candidates are at 2% or lower, and 14% of voters are still undecided. 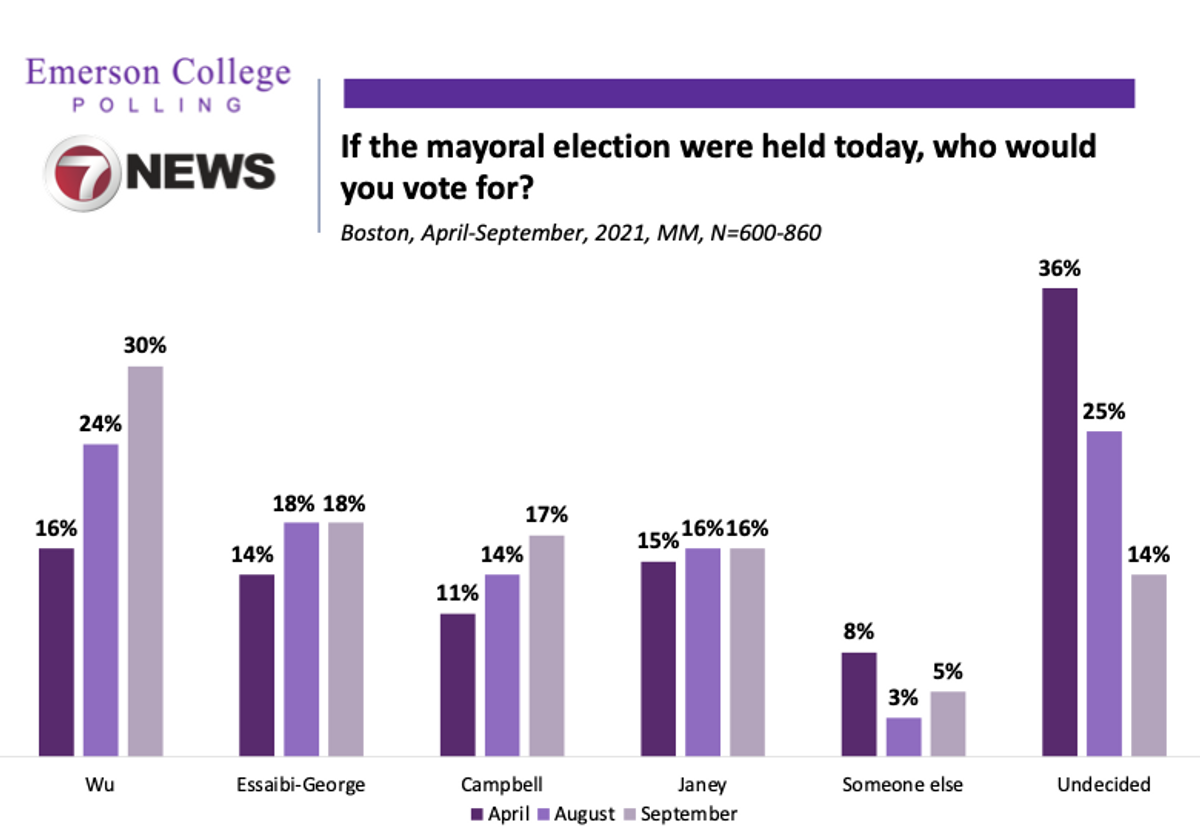 Since the last Emerson/7News poll in August, Wu has gained the most ground, 6%, while Campbell has gained 3% and Essaibi-George and Janey have stayed consistent. 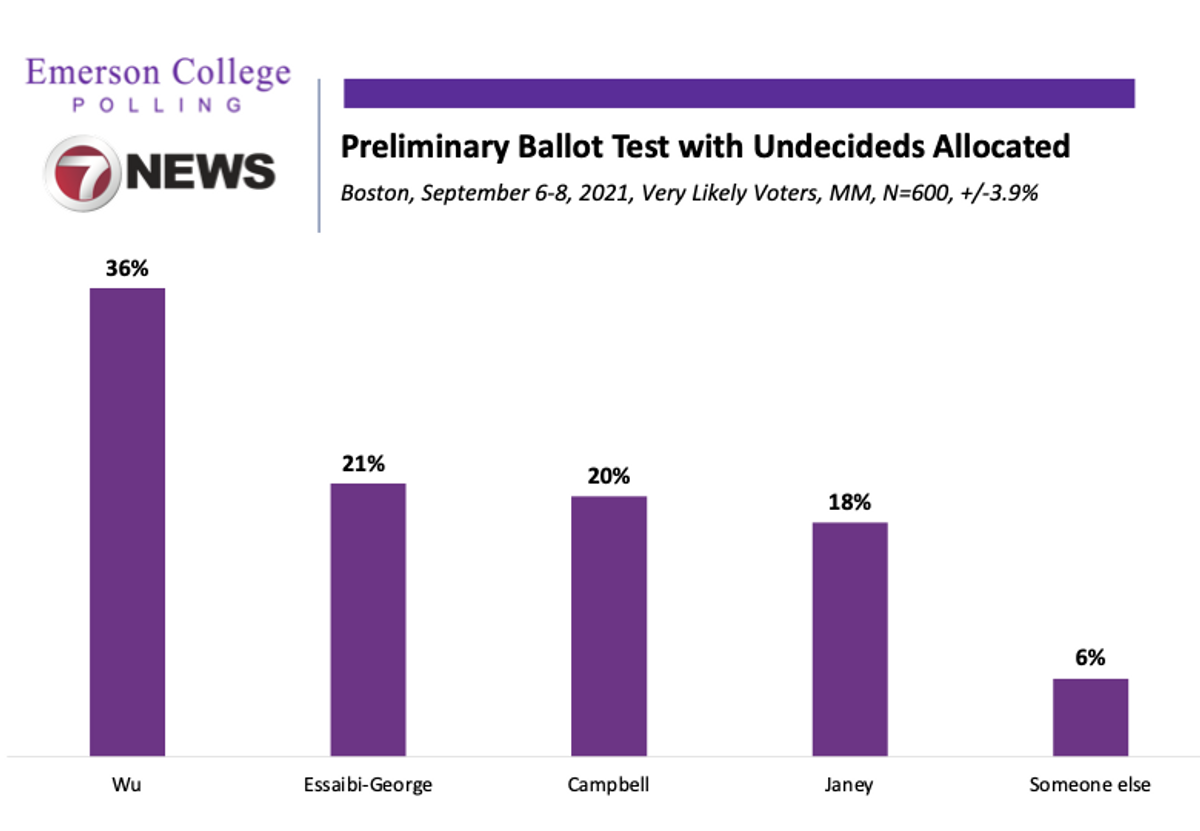 The Boston Mayoral poll was conducted September 6-8, 2021. The sample consisted of Boston likely voters, n=600, with a Credibility Interval (CI) similar to a poll’s margin of error (MOE) of +/- 3.9 percentage points. The data sets were weighted by age, gender, education, race, party affiliation, and 2017 vote based on a 2021 turnout model. It is important to remember that subsets based on gender, age, party breakdown, ethnicity, and region carry with them higher margins of error, as the sample size is reduced. Data was collected using a cellphone sample of SMS-to-web, an IVR system of landlines, and an online panel. 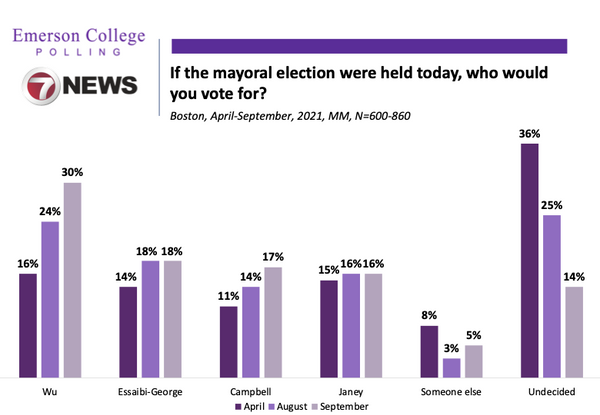 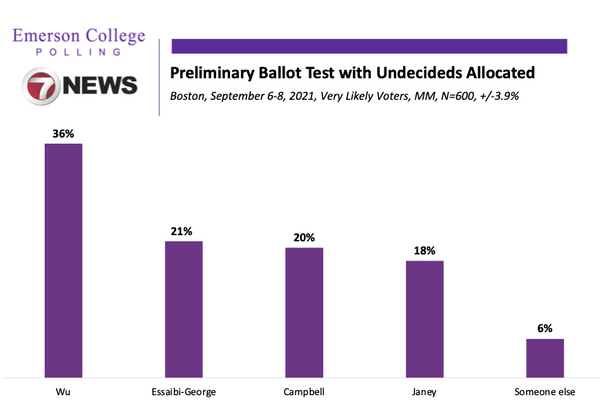