The latest Emerson College Polling national survey shows President Joe Biden with a 38% job approval, while 52% disapprove of the job he is doing as President. Since the April Emerson national poll, the President’s approval has dropped four points from 42%. The President’s job approval is lowest among White voters at 33%, and highest among Black voters at 61%.

The economy is the top concern for 49% of voters, followed by crime with 12% and healthcare at 11%. Since the April national poll, the economy and crime have risen nine points respectively. 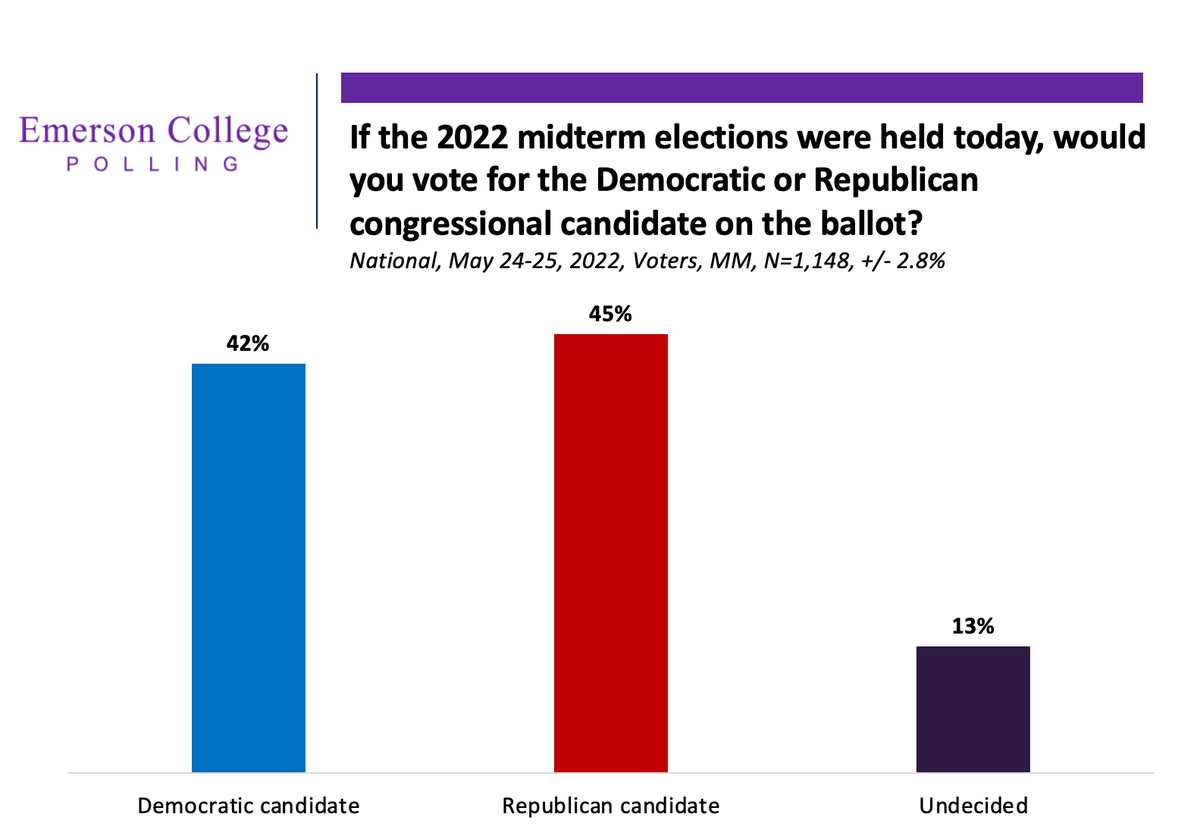 Heading into Memorial Day Weekend, a third of voters (33%) say they changed or canceled travel plans for the holiday because of the high cost of gas, while 67% made no change or cancellation for this reason.

In a hypothetical 2024 matchup between President Biden and former President Trump, 44% say they would vote for Trump and 42% Biden.

Half (50%) of voters think the Supreme Court should uphold Roe v. Wade, 29% think they should overturn it, and 21% are unsure.

As Elon Musk continues talks with Twitter to complete a purchase of the platform, 40% of voters say they support the Tesla CEO purchasing Twitter, 22% oppose, 31% are unsure, and 8% had never heard of this.

In a hypothetical 2024 Presidential Election matchup between Elon Musk and Entrepreneur Mark Cuban, 29% would vote for Musk, 20% Cuban, 27% someone else, and 23% are undecided.

The Emerson College Polling National poll of voters was conducted May 24-25, 2022. The sample consisted of registered voters, n=1,148, with a Credibility Interval (CI) similar to a poll’s margin of error (MOE) of +/- 2.8 percentage points. The data sets were weighted by gender, region, age, education, and race/ethnicity based on 2022 turnout modeling. It is important to remember that subsets based on gender, age, education, and race/ethnicity carry with them higher margins of error, as the sample size is reduced. Data was collected using an Interactive Voice Response (IVR) system of landlines and an online panel provided by CloudResearch. 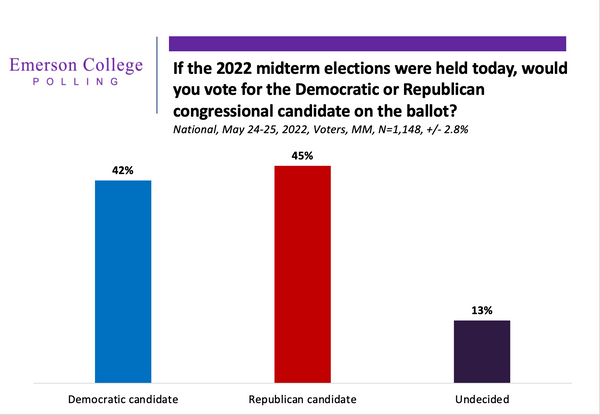