An Emerson College Polling/The Hill poll of very likely Alabama primary voters finds Katie Britt with a six-point advantage in the Republican primary for U.S. Senate with 32%, followed by Michael Durant at 26%, and Mo Brooks at 25%. Fourteen percent (14%) of voters are undecided. Since the last Emerson College Poll of Alabama voters in March, Britt has gained nine points, Durant has lost seven points and Brooks has gained 13 points. If no candidate reaches majority support like this poll indicates, a run-off election will be scheduled for June 21. 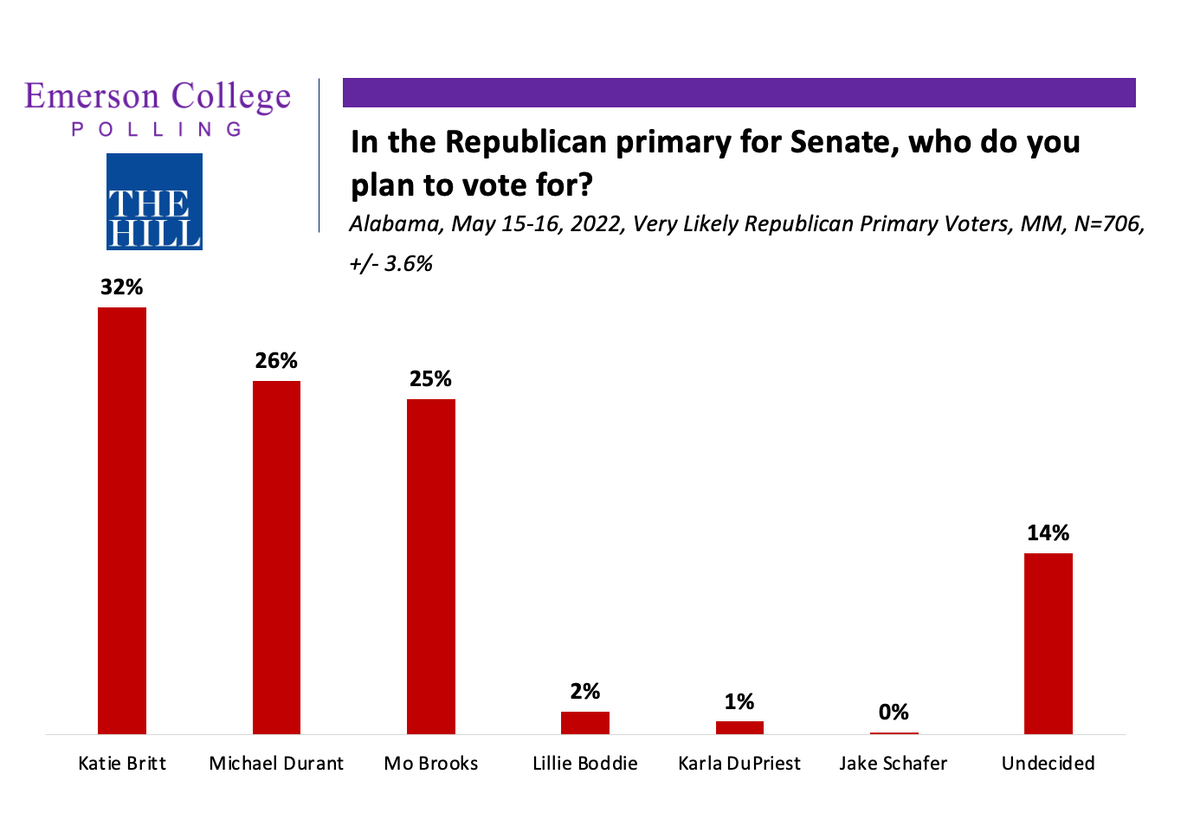 Governor Kay Ivey holds a 46% approval among very likely primary voters, while 38% disapprove of the job she is doing as governor and 16% are neutral. President Joe Biden has a 64% job disapproval in Alabama, while 33% approve and four percent are neutral.

“A plurality of undecided voters say they lean towards Ivey when asked a follow-up question of who they lean toward in the gubernatorial primary, allowing Ivey to reach a majority to potentially avoid a run-off this June,” Kimball noted. 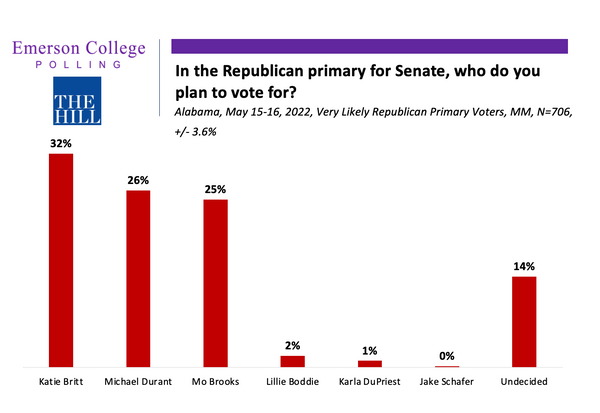