The latest Emerson College/NewsNation poll of Pennsylvania voters finds former Vice President Joe Biden with a 5-point lead over President Trump, 50% to 45%. Three percent (3%) of voters are still undecided, and 2% plan to vote for another candidate. Biden’s lead has tightened since the last Emerson poll in Pennsylvania this August, as he led Trump by 9 points at that point in the race. 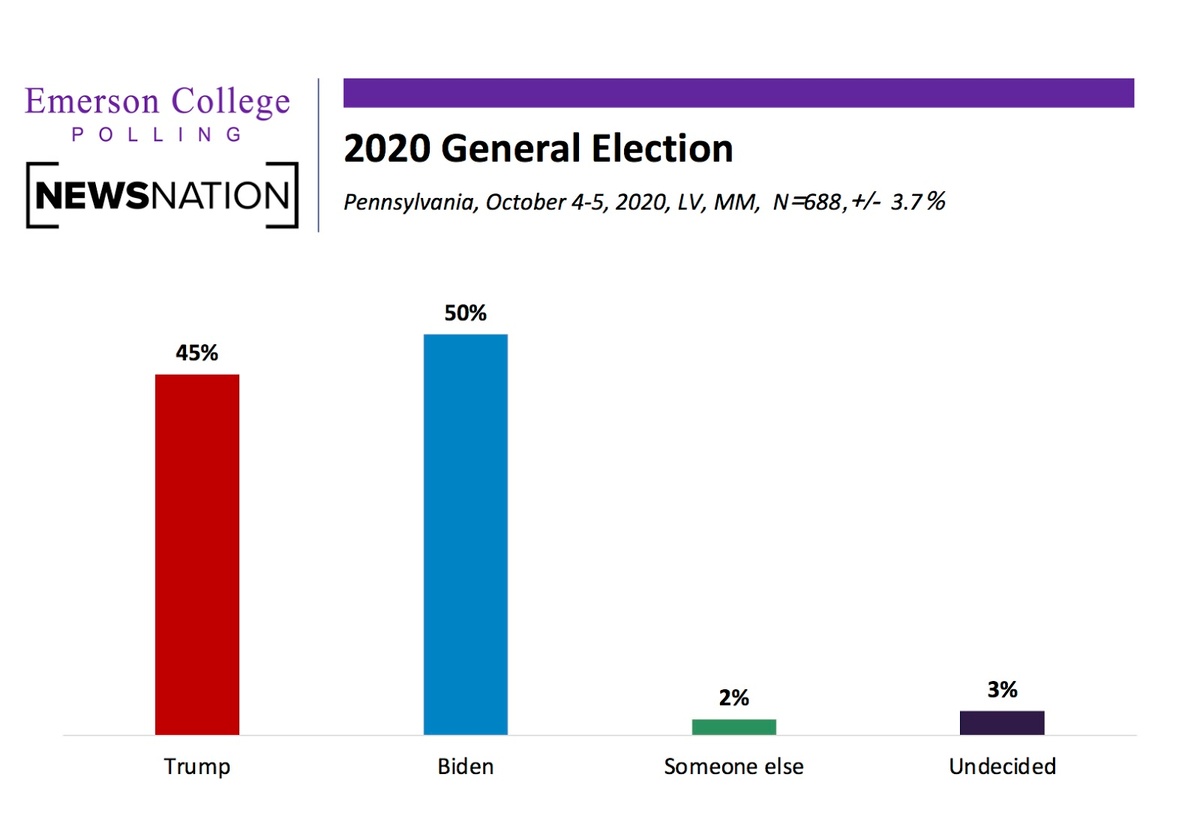 Pennsylvania voters are evenly split regarding who they expect to win the November election, with 50% believing Trump will be re-elected and 50% saying Biden will win. 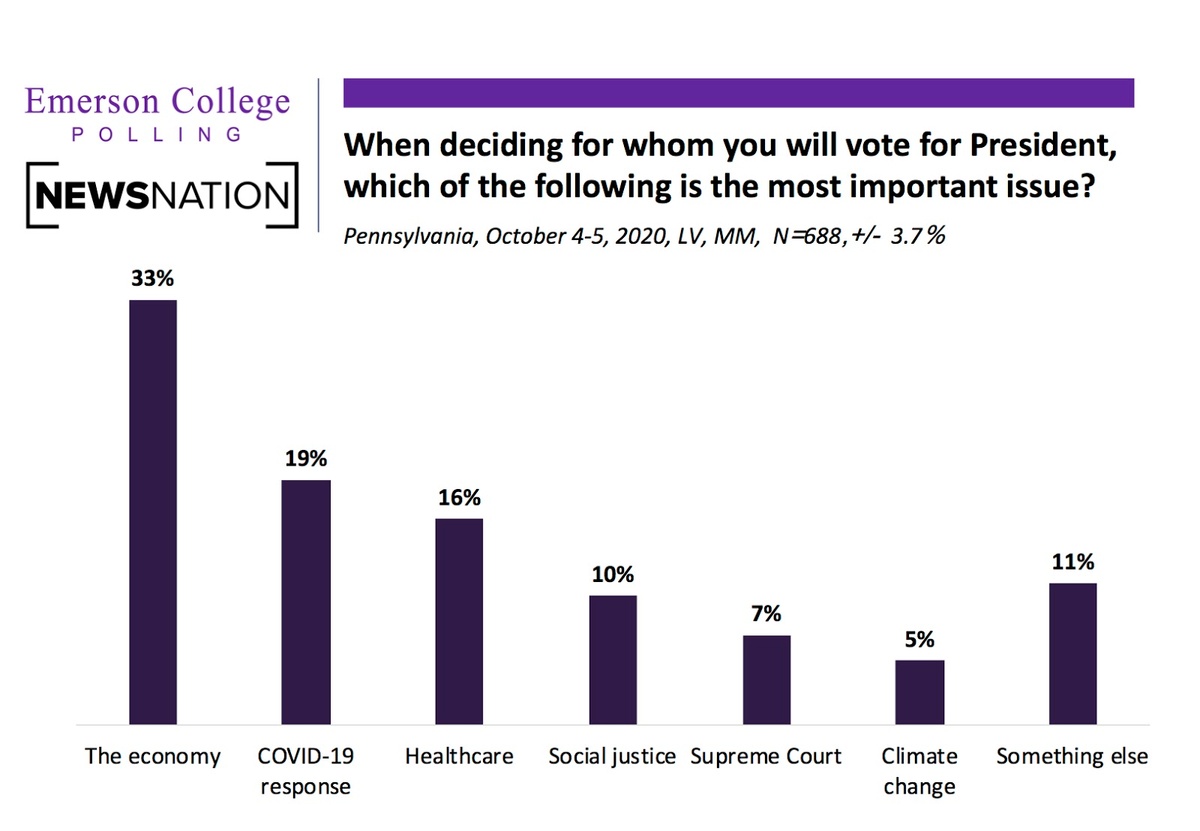 President Trump’s job approval is underwater in the state, with 44% approval and 52% disapproval. This is a 2 point increase for Trump, who was at 42% approval among Pennsylvania voters in August.

Professor Spencer Kimball, Director of Emerson College Polling, notes that “we continue to see that about half of all voters rate COVID-19 as a major concern. Those voters are overwhelmingly breaking for Biden, while voters who think the virus is a moderate or minimal concern are breaking for Trump. In these last four weeks, both candidates can be expected to continue arguing about the impact of COVID, as this appears to be a major driver for who they will vote for.”

The majority (56%) of Pennsylvania voters think that Biden has a better national COVID-19 recovery plan, while 44% think President Trump does. However, regarding which candidate will make the country safer, the gap tightens, as 49% say Trump and 51% say Biden.

The majority (63%) of Pennsylvania voters think the state should start to process mail-in ballots before election day to speed up vote counting, 21% think they should not and 16% were unsure.

The Pennsylvania Emerson College/NewsNation poll was conducted October 4-5, 2020. The sample consisted of likely Democratic, Republican, and Independent voters, n=688, with a Credibility Interval (CI) similar to a poll’s margin of error (MOE) of +/- 3.7 percentage points. The data sets were weighted by gender, age, and education based on 2016 voter turnout modeling. It is important to remember that subsets based on gender, age, party breakdown, ethnicity, and region carry with them higher margins of error, as the sample size is reduced. Data was collected using an Interactive Voice Response (IVR) system of landlines (n=316), SMS-to-web texting (n=81) and an online panel provided by MTurk (n=291). 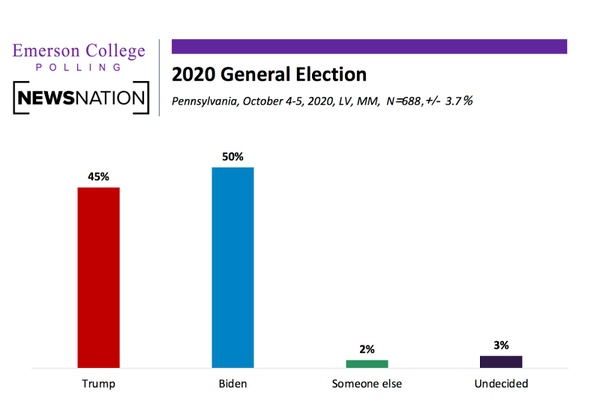 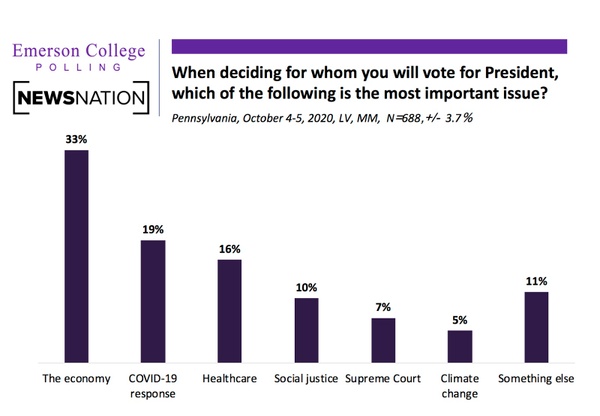