NYC Congressional Polls: Voters Not Sold on DeBlasio in NY10; Maloney Has 10-point Lead Over Nadler in NY12

Spencer Kimball, Executive Director of Emerson College Polling said, “Driving DeBlasio’s low support in the primary may be his job approval among his former constituents: 21% of 10th District Democratic voters approve of the job that DeBlasio did as Mayor of New York City, while 64% disapprove. The high share of undecided voters are unlikely to turn towards DeBlasio as 69% of undecided voters disapprove of the job he did as their mayor.”

In the redrawn 12th Congressional District that spans both the Upper East Side and West Side, long-time Representatives Carolyn Maloney and Jerry Nadler contend for the same seat. Among likely voters, Maloney leads Nadler 31% to 21%, with 36% undecided. 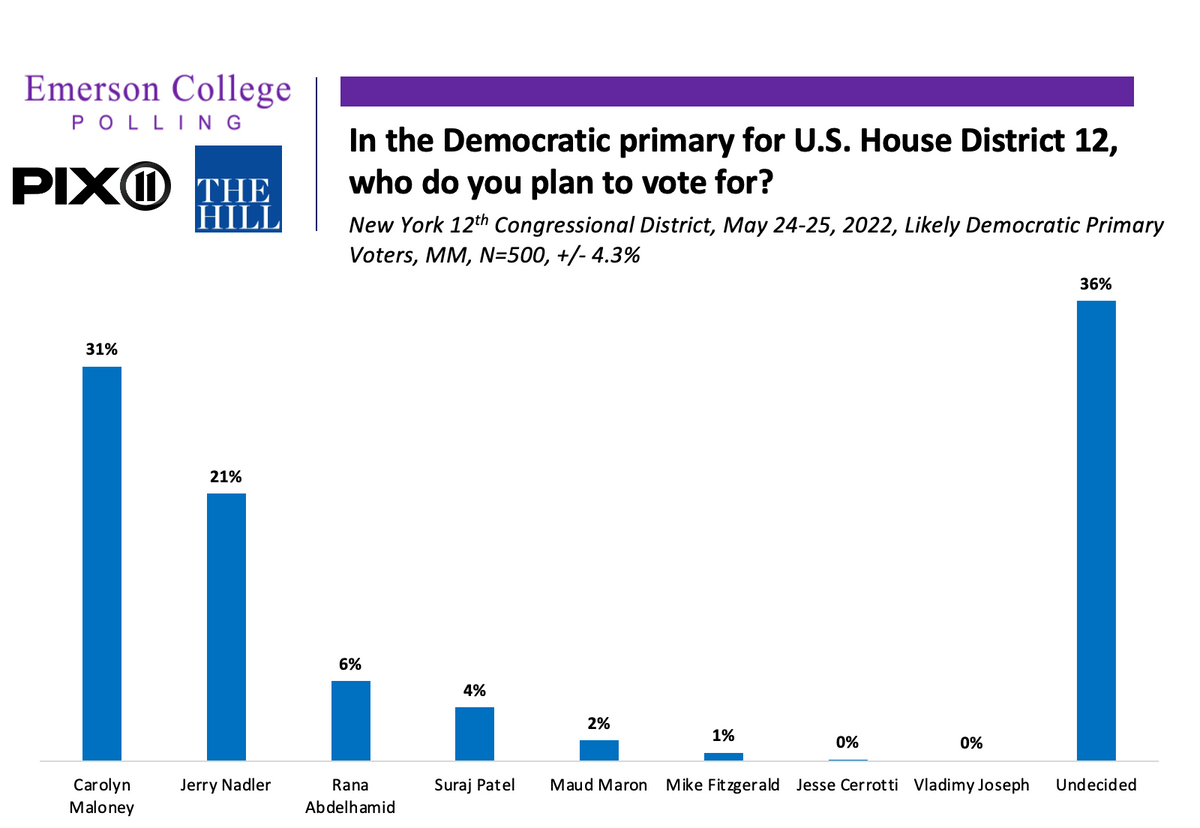 “Maloney’s support is stronger with female voters,” Kimball continued, “a 35% plurality of female voters back her in the Democratic primary, while male voters are more split: 26% support Maloney and 22% support Nadler.”

Voters in both districts are concerned about the level of hate crimes in their community: 89% in the 10th and 12th respectively say they are very or somewhat concerned. Data was collected following the shootings in Buffalo, New York and Uvalde, Texas.

Similarly, in the 12th District, 40% rate the quality of the public transportation system in their area as good, 33% rate it as fair, 17% as excellent, and 11% as poor. 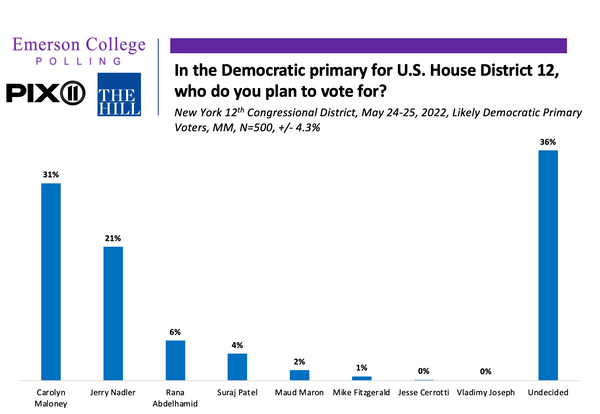