An Emerson College Polling/PIX11/The Hill poll of very likely New York voters finds incumbent Governor Kathy Hochul with a 57% majority of support in the Democratic Primary, followed by Tom Suozzi with 17% and Jumaane Williams with 6%. Twenty percent are undecided. When undecided voters are asked who they are leaning towards and allocated, Hochul’s support increases to 63%, Suozzi to 25%, and Williams to 11%. 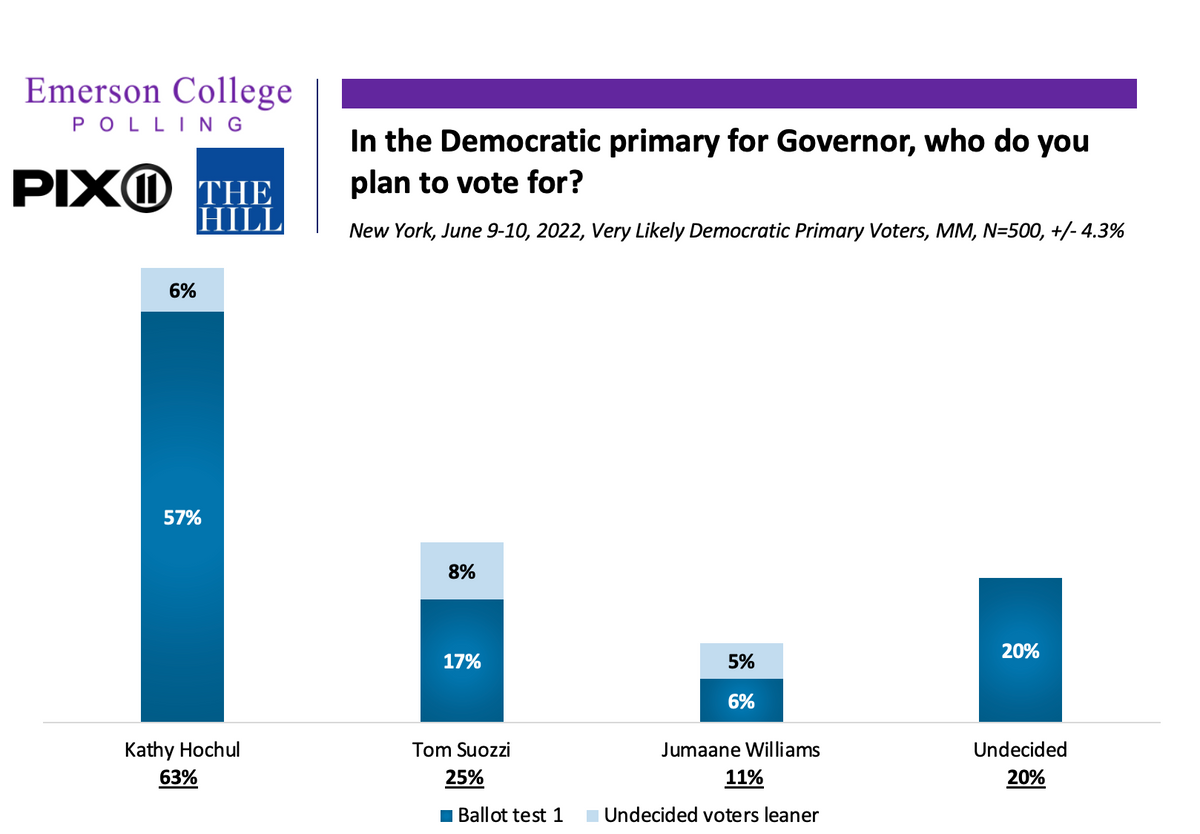 “While Hochul holds a majority support among all voters over 30, the Governor’s support is weakest among 18-29 year old Democratic primary voters: 29% plan to support her in the primary,” Spencer Kimball, Executive Director of Emerson College Polling noted.

In the Republican primary for Governor, Congressman Lee Zeldin holds a double-digit lead over his closest competitor with 34%. Rob Astorino follows with 16%, trailed by Harry Wilson at 15% and Andrew Giuliani at 13%. Twenty-two percent (22%) are undecided. When undecided voters are asked who they are leaning towards and allocated, Zeldin’s support increases to 40%, Astorino to 23%, Wilson to 20%, and Giuliani to 17%. 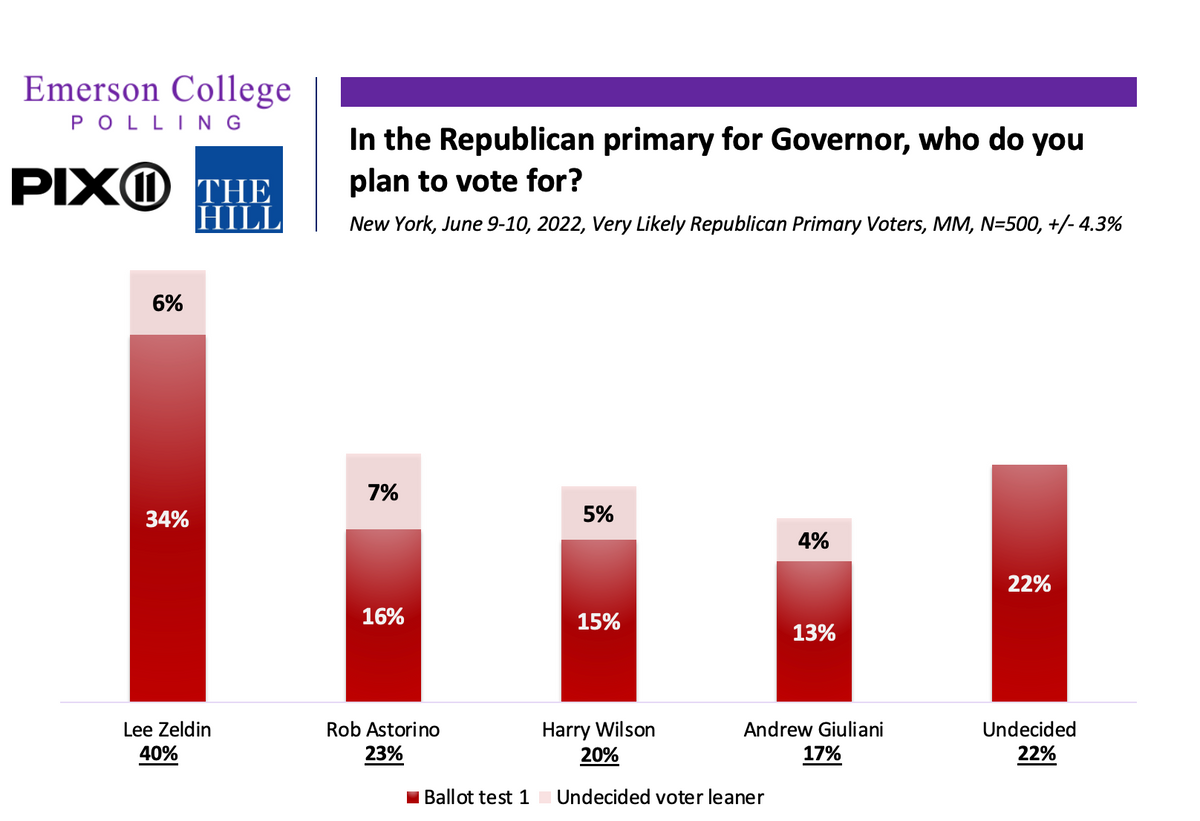 ﻿“Zeldin’s support in the primary is strongest among suburban voters,” Kimball continued: “Zeldin has 39% support among suburban Republican primary voters, whereas Giuliani is strongest with city voters with 25% support. Among rural voters, Zeldin leads with 29% followed by Wilson with 23%.” 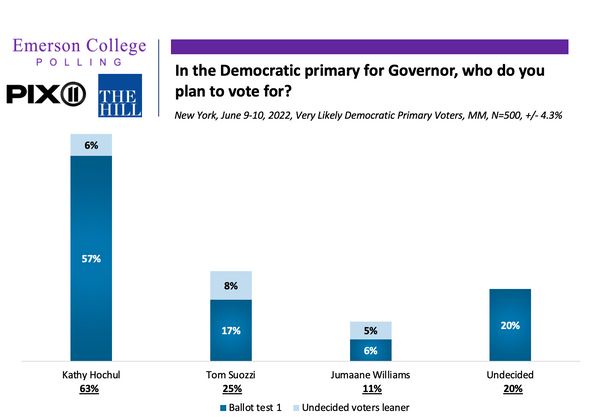 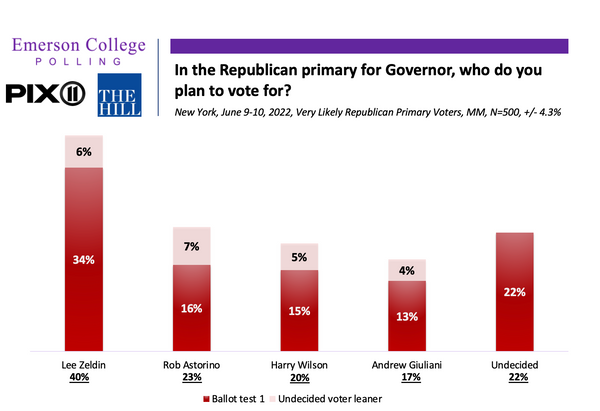 Democratic Primary Results
Download
Related Bios
https://cdn.filestackcontent.com/wUtByJnESd6l7h7oQ8Zw?dl=true
https://cdn.filestackcontent.com/AG3wH2AR3SP2Mo58NZitaz/rotate=exif:true/resize=width:600/wUtByJnESd6l7h7oQ8Zw
Professor Kimball teaches Political and Sports Communication courses in both the undergraduate and graduate programs at Emerson College. He is the director of Emerson Polling and the advisor for the Emerson Pre-Law Society and the Emerson College Polling Society. Kimball is a national pundit quoted in a variety of publications including the Wall Street Journal, Boston Globe, Huffington Post, Washington Post, Fox News, the National Journal, and National Public Radio (NPR).