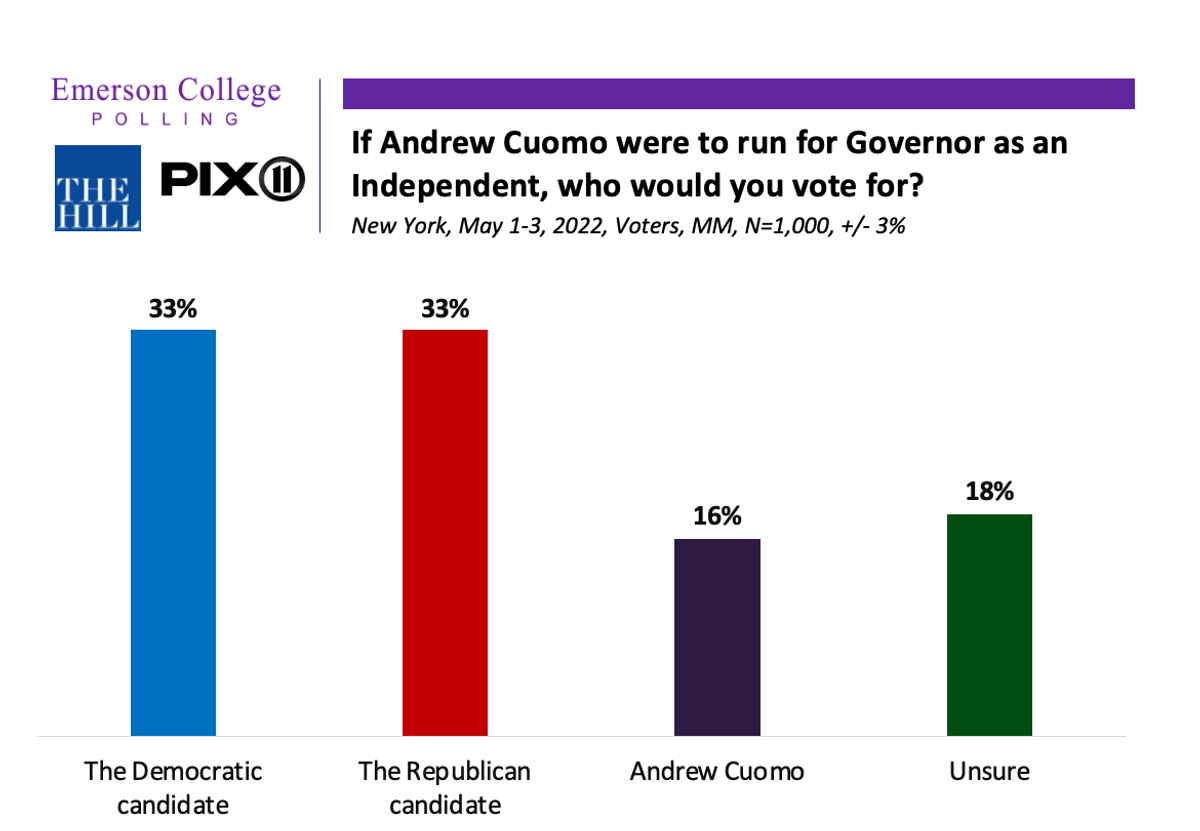 Forty-six percent (46%) of New York voters approve of the job President Joe Biden is doing, while 44% disapprove. Biden has a 63% approval among New York Democrats, 14% among Republicans, and 41% among Independents.

With that said, 45% of Democratic primary voters plan to vote for Governor Hochul, 12% for Tom Suozzi, and 22% are undecided.

In the Republican primary for Governor, Representative Lee Zeldin holds the plurality, 26%, of support, followed by Andrew Giuliani with 18%, and Rob Astorino with 16%. Nineteen percent (19%) are undecided.

Voters oppose Gov. Hochul and state lawmakers allocating $600 million in the state budget for a new Buffalo Bills stadium 67% to 17%; 16% are unsure.

“There is little appetite among voters for the $600 million funding of a new Bill’s stadium, even in the upstate region where the stadium would be located; only a quarter, 25%, of voters support the measure,” Kimball said.

A majority (57%) of voters support the MTA’s decision to continue mask mandates on public transportation, while 30% oppose, and 13% are unsure.

Eighty-four percent (84%) of voters are very (57%) or somewhat (27%) concerned about the level of gun violence in New York. Sixteen percent are not that concerned (8%) or not at all concerned (8%).

“Black New York voters are most concerned about the rise of gun violence, 80% say they are very concerned compared to 64% of Hispanics, 65% of Asians and 47% of white voters,” Kimball noted.

Among those who ride the Metropolitan Transportation Authority (MTA), a majority (52%) say they feel somewhat (21%) or very (31%) unsafe. Forty-eight percent of MTA riders say they feel very (17%) or somewhat (31%) safe. 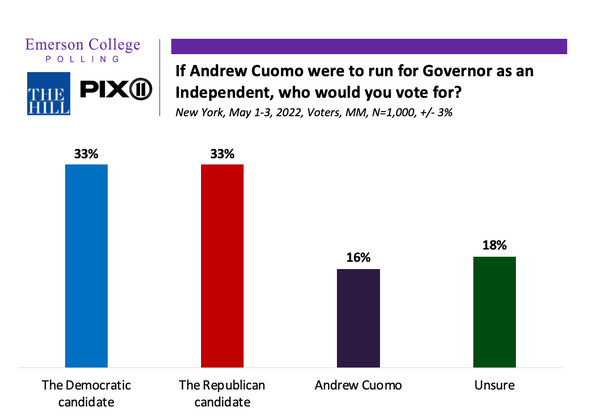