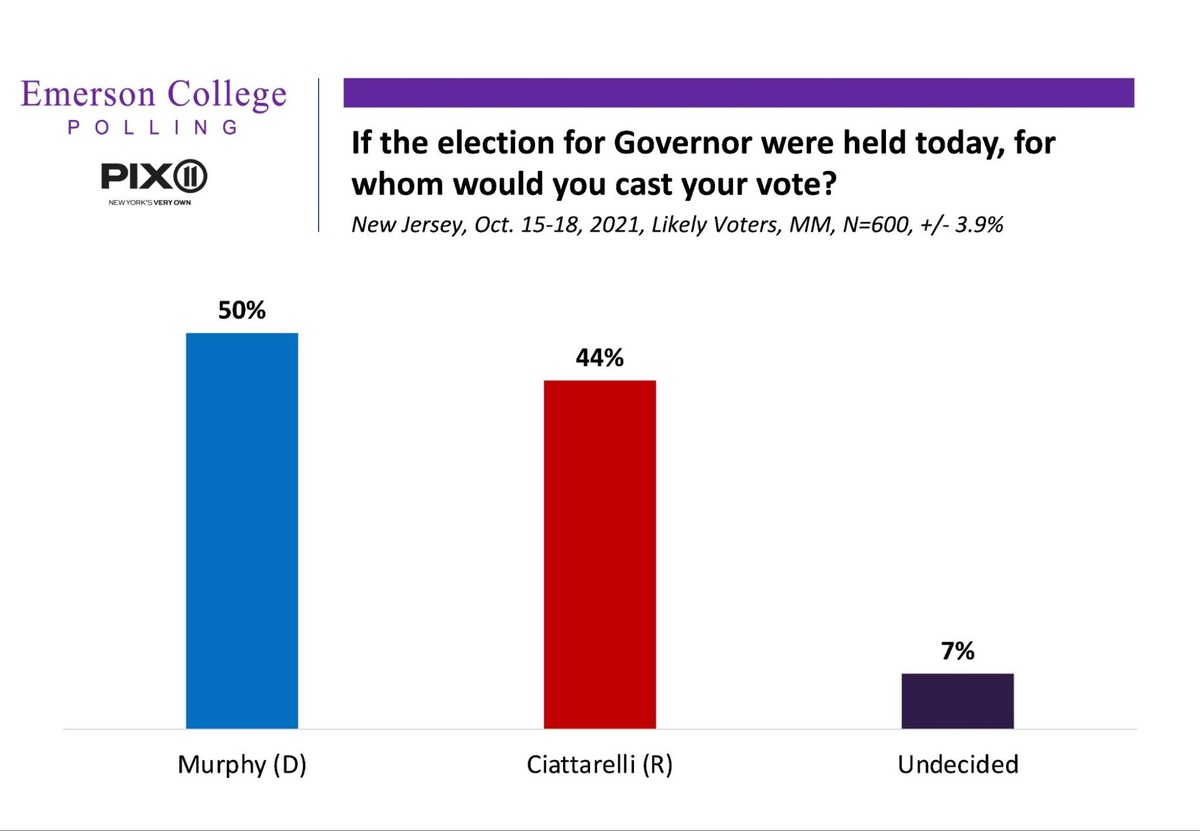 Among those who have already voted, Murphy leads 76% to 24%. Murphy also leads among those who are somewhat likely to vote, 45% to 40%. Among very likely voters, Ciattarelli leads 48% to 45%. Independents are also leaning towards Ciattarelli, 56% to 32%. 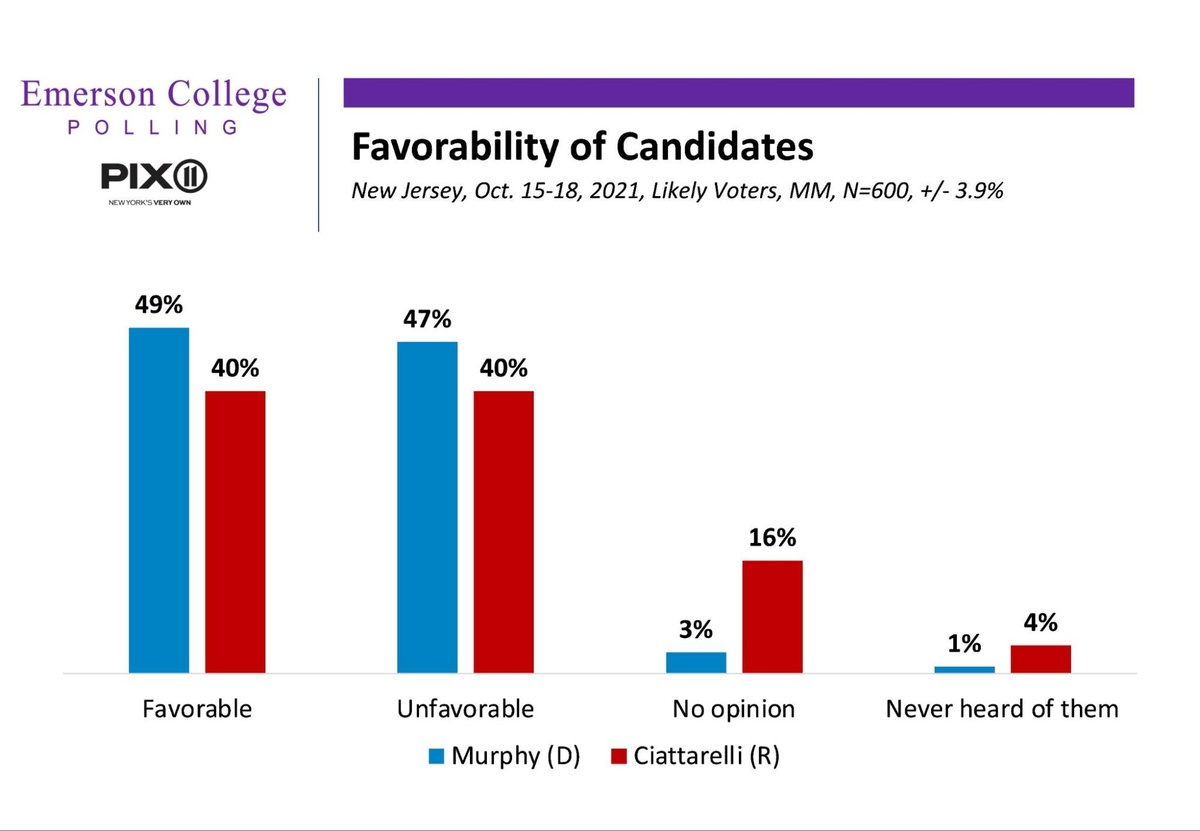 A majority of likely voters (56%) agree with Governor Murphy’s vaccine mandates for public school staff, child care staff, and healthcare workers, while 38% disagree. Six percent (6%) were unsure or had no opinion. 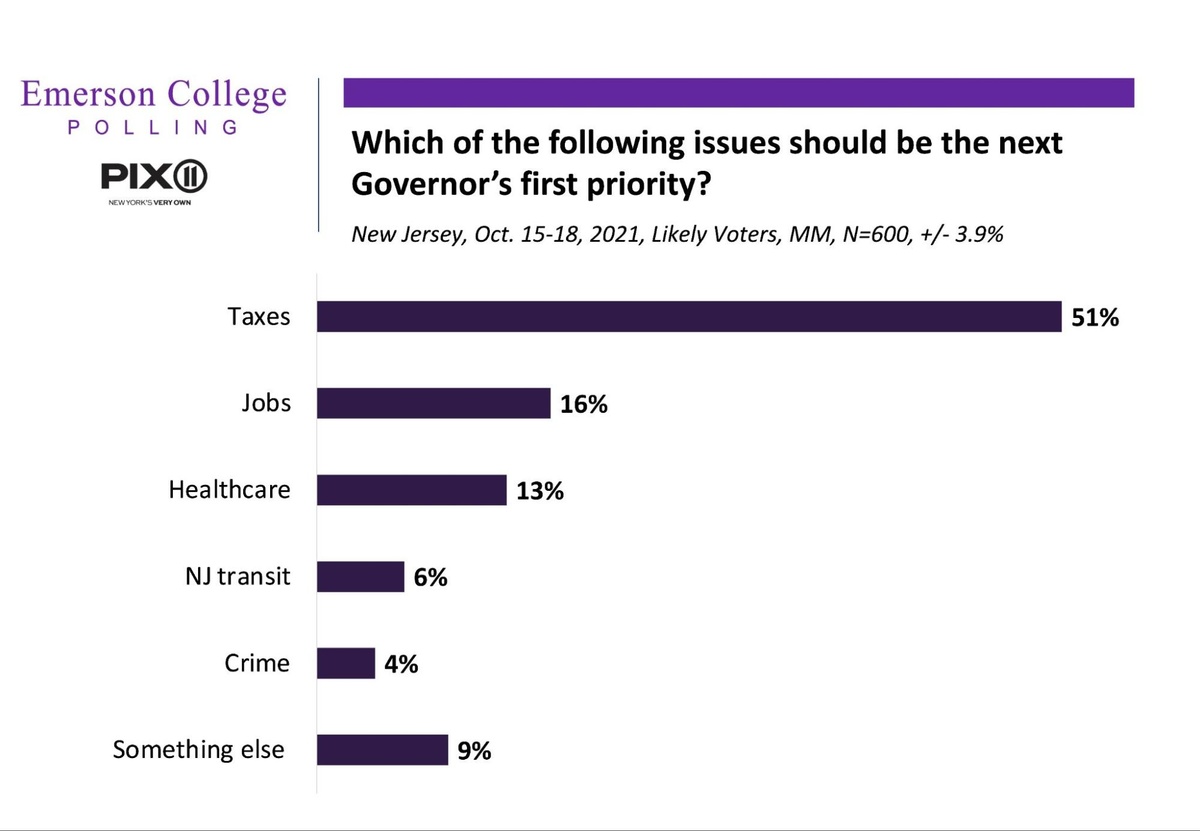 The New Jersey Emerson College/PIX 11 poll was conducted October 15-18, 2021. The sample consisted of New Jersey likely voters, n=600, with a Credibility Interval (CI) similar to a poll’s margin of error (MOE) of +/- 3.9 percentage points. The data sets were weighted by gender, age, education, race, and region based on 2021 turnout modeling. It is important to remember that subsets based on gender, age, party breakdown, ethnicity, and region carry with them higher margins of error, as the sample size is reduced. Data was collected via a cellphone sample using SMS-to-web, a landline sample using IVR, and an online panel provided by Amazon MTurk. 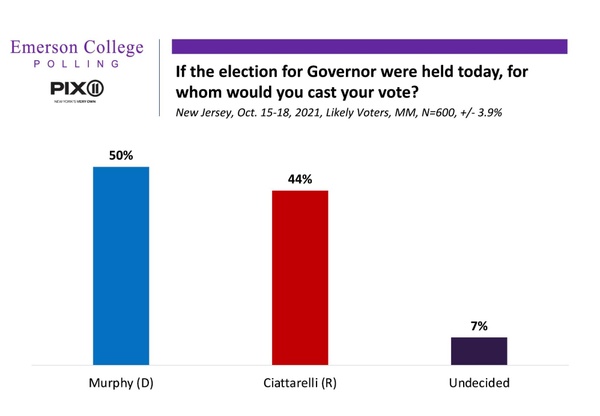 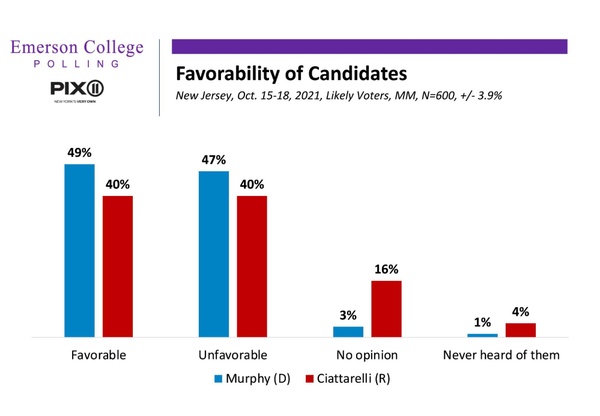 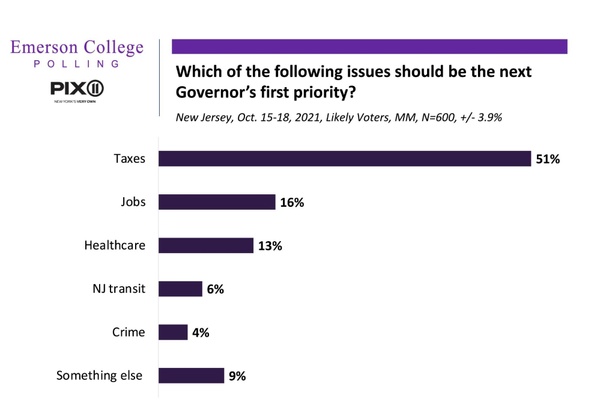 NJ Oct. TI.pdf
Transparency Initiative
Download
Related Bios
https://cdn.filestackcontent.com/wUtByJnESd6l7h7oQ8Zw?dl=true
https://cdn.filestackcontent.com/AG3wH2AR3SP2Mo58NZitaz/rotate=exif:true/resize=width:600/wUtByJnESd6l7h7oQ8Zw
Professor Kimball teaches Political and Sports Communication courses in both the undergraduate and graduate programs at Emerson College. He is the director of Emerson Polling and the advisor for the Emerson Pre-Law Society and the Emerson College Polling Society. Kimball is a national pundit quoted in a variety of publications including the Wall Street Journal, Boston Globe, Huffington Post, Washington Post, Fox News, the National Journal, and National Public Radio (NPR).