In New Hampshire, a state that was won by Hillary Clinton by less than half a percentage point in 2016, Former Vice President Joe Biden has a 7-point lead over President Donald Trump, 52% to 45%. One percent (1%) of voters are still undecided, and 2% plan to vote for someone else. 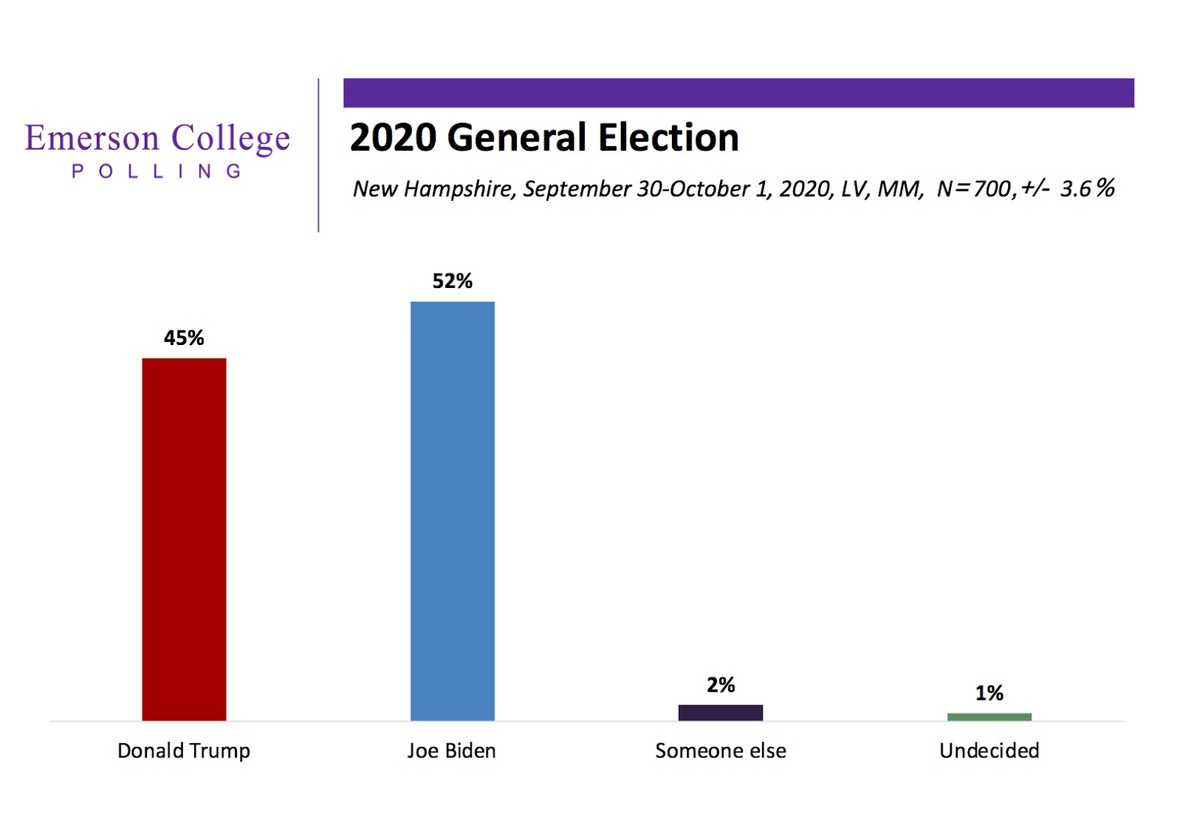 Emerson College Polling director Spencer Kimball notes that “a significant difference between Biden’s lead in 2020, and Clinton who was in a similar position in 2016 at this point, is the lack of a third-party candidate like Gary Johnson who saw his vote melt towards Trump, allowing Trump to gain on Clinton over the final weeks." 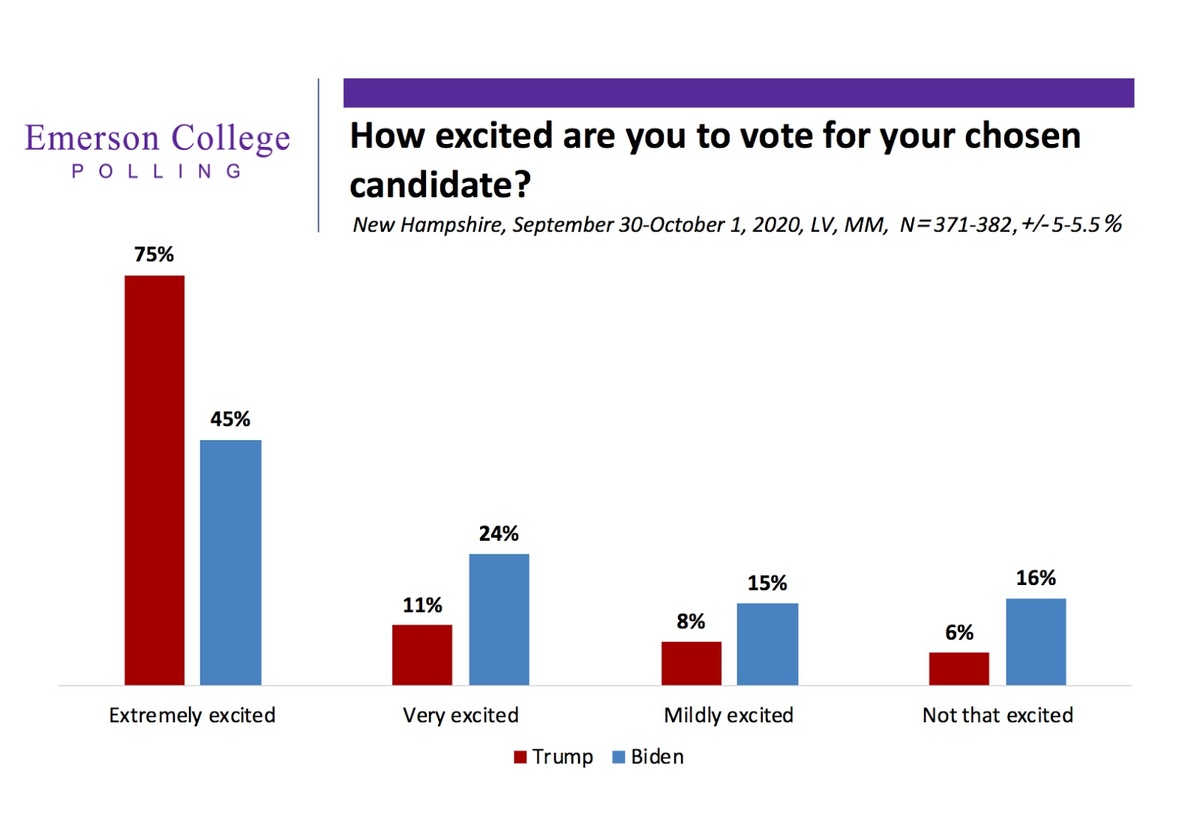 A majority (53%) of voters expect Biden to win New Hampshire, while 47% think that Trump will win the state.

In the state’s gubernatorial race, incumbent Republican Governor Chris Sununu leads challenger Democrat Dan Feltes 55% to 40%, with 2% undecided, and 3% voting for someone else. Independent voters are breaking for Sununu, 58% to 38%.

Incumbent Democrat Jeanne Shaheen also has a lead in the New Hampshire US Senate race, leading challenger Republican Bryant “Corky” Messner by 15 points, 55% to 40%. Three percent (3%) are undecided, and 2% are voting for someone else. Independent voters are breaking for Shaheen, 58% to 35%. 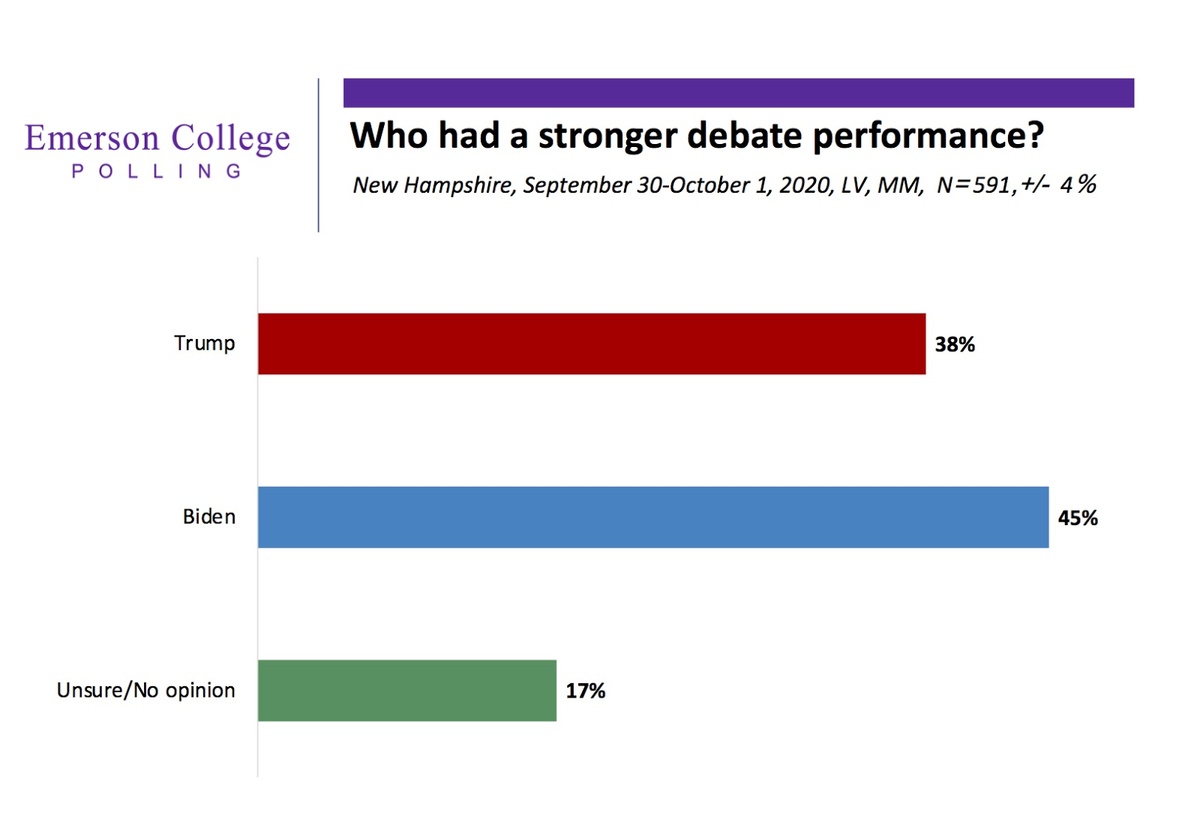 Regarding the threat of COVID-19, a plurality (45%) of New Hampshire voters say that the virus is a major threat to public health in the country. Thirty-one percent (31%) say COVID-19 is a moderate threat, 17% consider it a minor threat, and 6% say it is not a threat. However, among those that are voting for Joe Biden, 78% say the virus is a major threat. Among Trump voters, 47% say the virus is either a minor threat or not a threat, while 44% say it is a moderate threat.

The New Hampshire Emerson College/7News poll was conducted September 30-October 1, 2020. The sample consisted of likely Democratic, Republican, and Independent voters, n=700, with a Credibility Interval (CI) similar to a poll’s margin of error (MOE) of +/- 3.6 percentage points. The data sets were weighted by gender, age, education, and party affiliation based on 2016 voter turnout modeling. It is important to remember that subsets based on gender, age, party breakdown, ethnicity, and region carry with them higher margins of error, as the sample size is reduced. Data was collected using an Interactive Voice Response (IVR) system of landlines (n=421), SMS-to-web texting (n=163) and an online panel provided by MTurk (n=115). 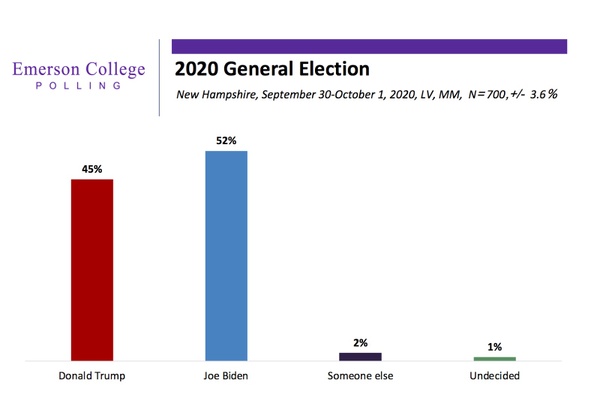 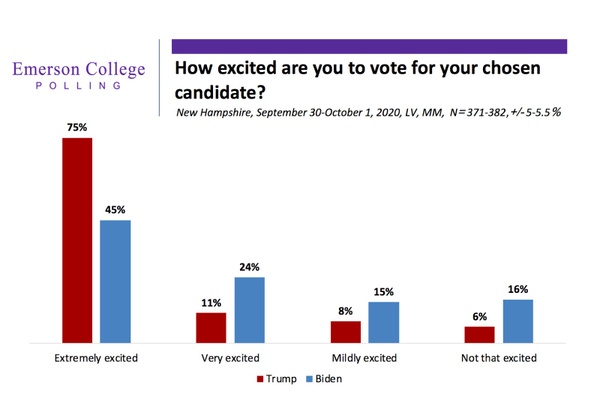 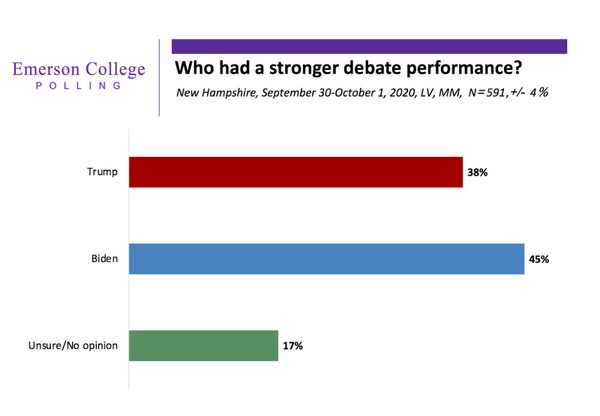