A new Emerson College poll in Nevada finds Joe Biden leading the Democratic field at 26%, followed closely by Bernie Sanders at 23%. Next, Beto O’Rourke and Elizabeth Warren have 10% respectively in the state, followed by Kamala Harris at 9%, and Pete Buttigieg at 5%. (n=310, +/- 5.5%) 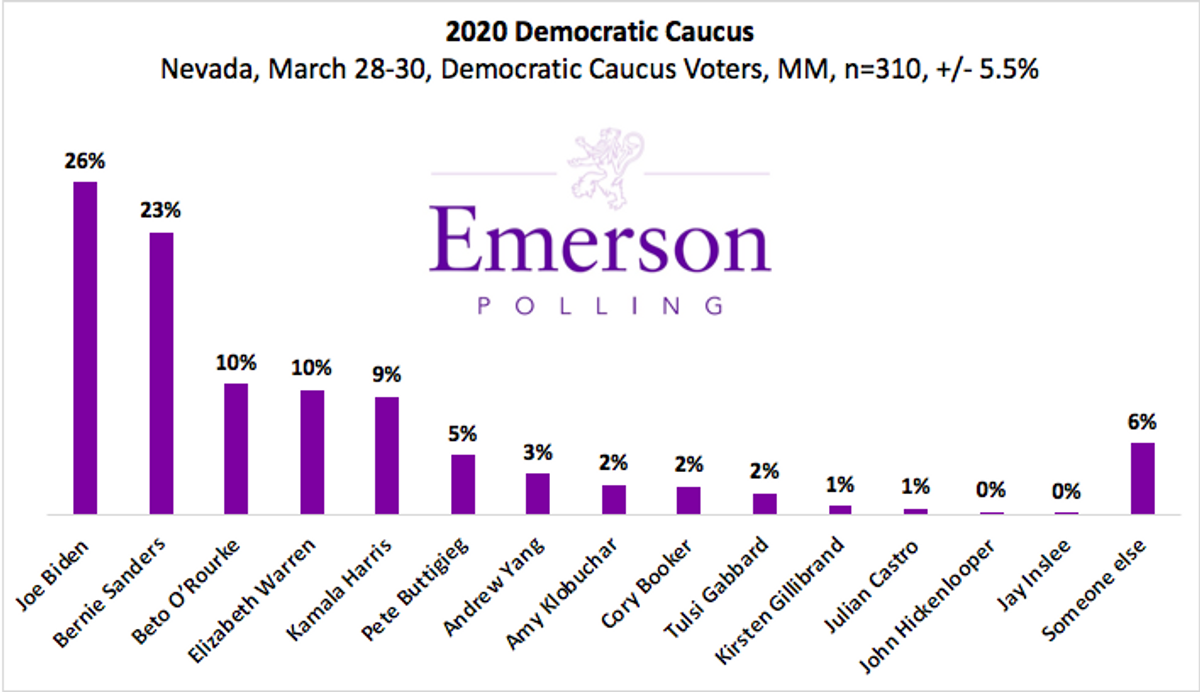 These findings are similar to those found in New Hampshire and Iowa, where Sanders and Biden were found to be competitive at the top of the race. Of the early primary states, only South Carolina was significantly different, as Biden appears to have a bit of a firewall in the state.

President Trump is popular in Nevada, with a chance to flip a state he lost in 2016 by 2 points. The poll showed the President with a 49% approval and 44% disapproval rating in the state. In the general election, Trump trailed only Joe Biden in head to head matchups against leading Democratic candidates (n=719 +/- 3.6%). 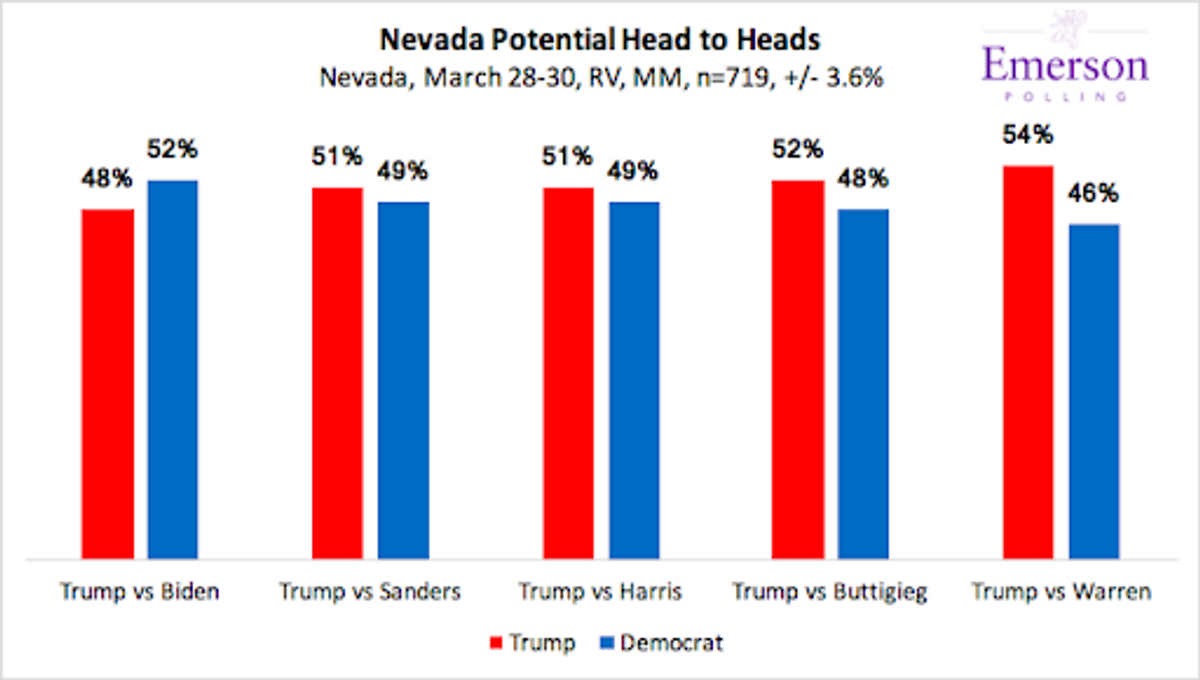 “This poll shows a pattern in recent polls where Biden outperforms other Democratic candidates among Independent voters against Trump,” says Spencer Kimball, Director of the Emerson Poll. “Furthermore, in Nevada, Trump leads Biden with Independents 51%-49%, but against Sanders, Trump expands his lead to 58% to 42%.” Kimball went on to note, “it will be a challenge this year for a Democratic candidate to thread the needle to please both Democratic primary voters who want the party to move left on policy, while winning over moderate independent voters to succeed in the general election.” 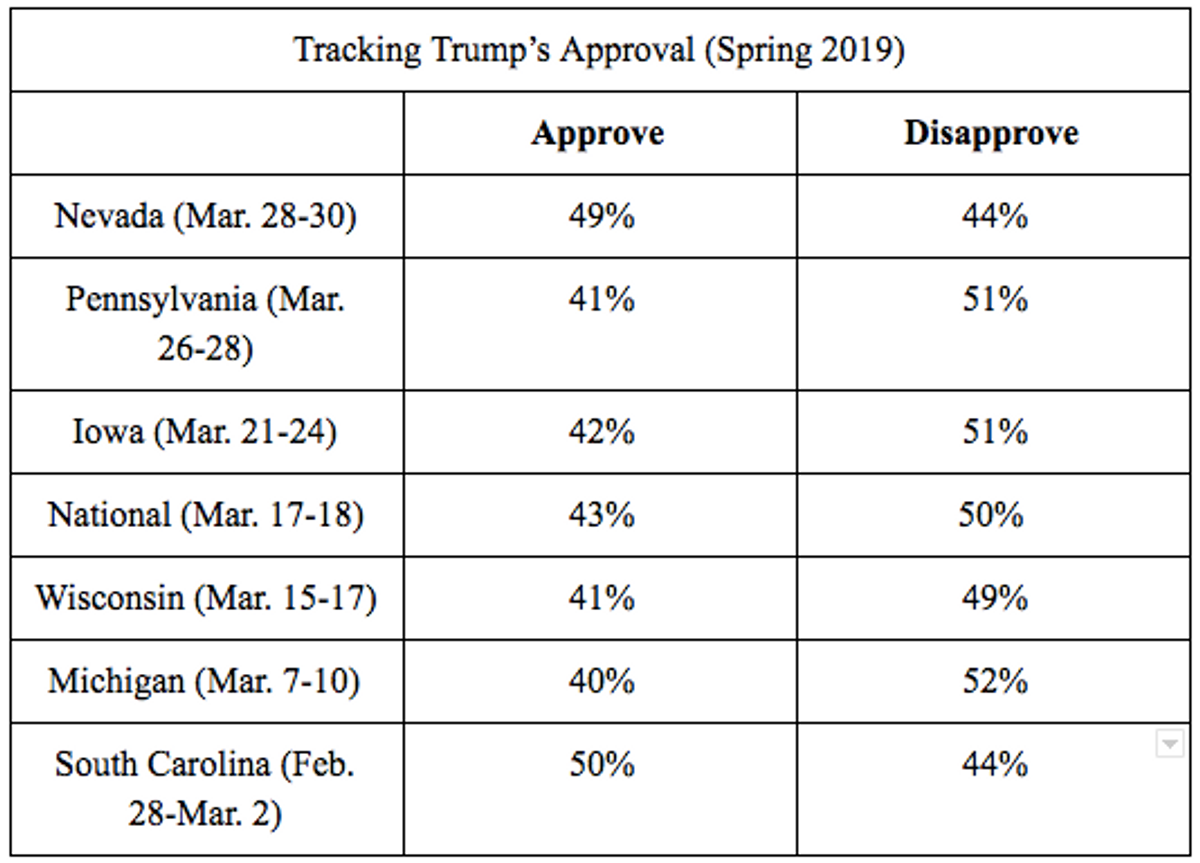 In 1992, Joe Biden was the Senate Judiciary Committee chairman during Clarence Thomas’ nomination to the Supreme Court. Biden played a prominent role in Anita Hill’s testimony, when she accused Justice Thomas of sexual harassment. Recently, some have criticized Biden’s actions during the testimony. Biden has since said he regretted his role in the hearings.

Additionally, on March 29th, a former Nevada assemblywoman wrote an op-ed claiming that Biden had inappropriately touched and kissed her at a campaign event. Biden’s controversial history with women may prove to be an obstacle in his potential 2020 presidential bid.

When asked about the Anita Hill hearings, 38% of potential Democratic caucus goers indicated that it would make them either somewhat or significantly less likely to vote for him in the caucus. 47% of Democrats said it would have no effect on their vote. 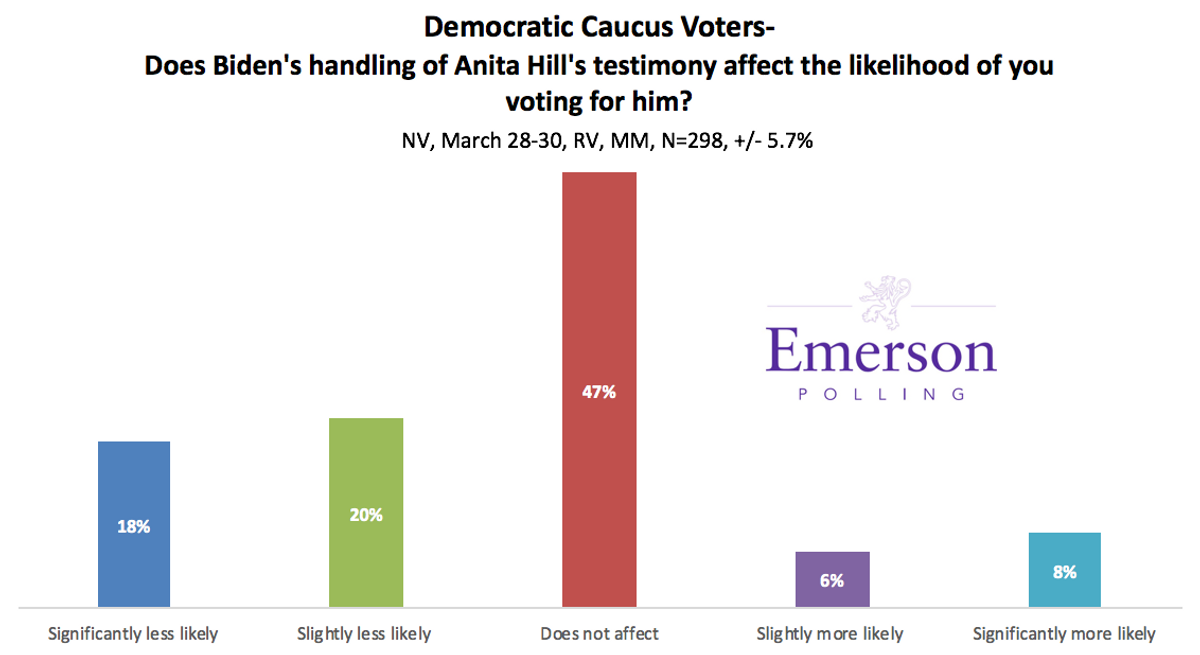 The Nevada statewide Emerson College poll was conducted March 28-30, 2019. The sample consisted of registered voters, n=719, with a Credibility Interval (CI) similar to a poll’s margin of error (MOE) of +/- 3.6 percentage points. The data was weighted based on mode, 2016 election results, 2016 caucus results, age, party, and region. It is important to remember that subsets based on gender, age, party breakdown, ethnicity and region carry with them higher margins of error, as the sample size is reduced. Data was collected using both an Interactive Voice Response (IVR) system of landlines only (n=513) and an online panel provided by Amazon Turk (n=116) and Dynata (n=100). 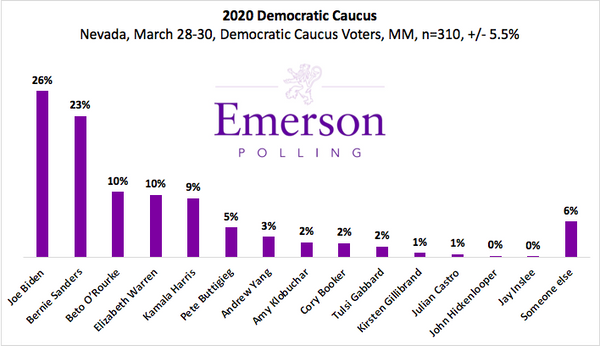 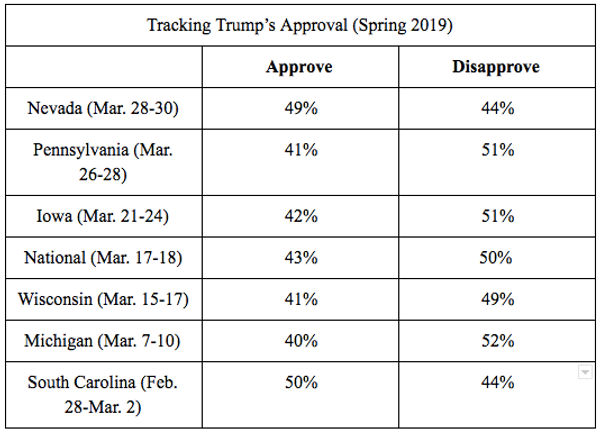 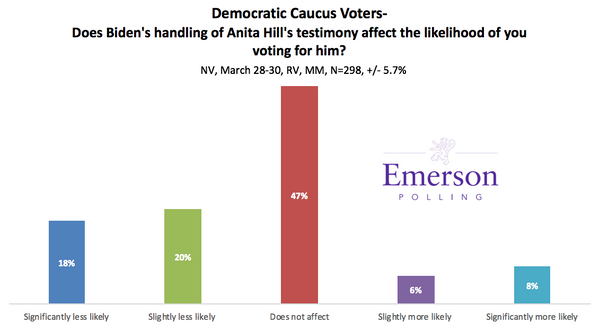 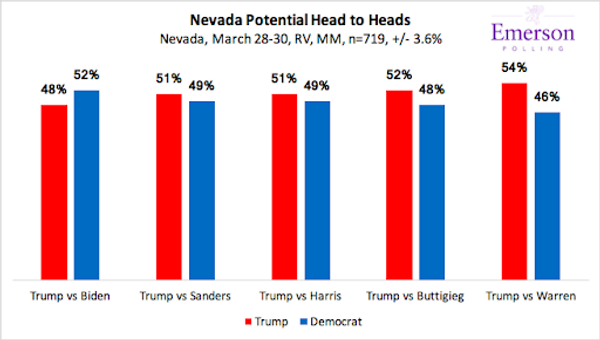