In the race to replace retiring Massachusetts Governor Charlie Baker, Emerson College Polling finds two frontrunners in the Democratic and Republican primaries. In the Democratic primary, Attorney General Maura Healey is at 34%, State Senator Sonia Chang-Diaz is at 8%; 43% are undecided. In the Republican primary, former State Representative Geoff Diehl leads with 37%, Chris Doughty follows with 9%, and Shiva Ayyadurai at 6%; 41% are undecided.

In a potential general election matchup between Maura Healey and Geoff Diehl, Healey leads Diehl 59% to 31% with 10% undecided. 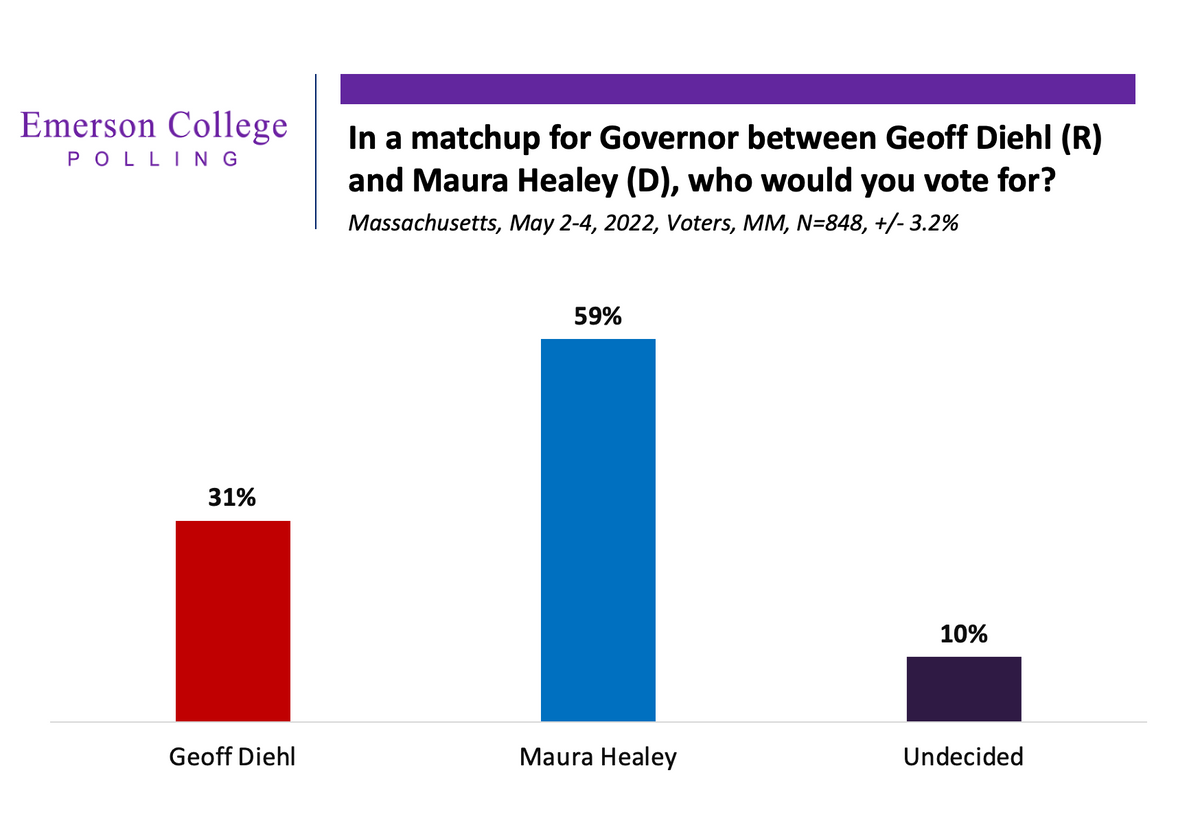 A majority, 59%, of Massachusetts voters approve of the job Charlie Baker is doing as Governor. Spencer Kimball, Executive Director of Emerson College Polling said, “Baker’s job approval is highest among Democrats at 67% and 59% of Independents, but drops among Republicans to 36%."

The economy is the most important issue facing Massachusetts for 43% of voters, followed by healthcare (12%), education (9%), and Covid-19 (6%). Crime, the Ukraine-Russia war, and immigration each received 5%.

Seventy-one percent of Massachusetts voters think the state runs fair elections, while 23% think it does not and 16% are unsure.

Forty-six percent think gambling on professional and college sports should be legal in Massachusetts. 34% think it should not be, and 21% are unsure. 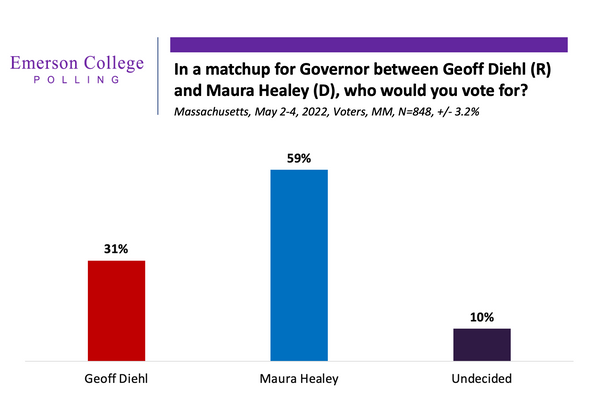