The first Democratic debate has shaken up the race for the Democratic nomination. Compared to June’s national poll, former Vice President Joe Biden extended his lead, Sen. Bernie Sanders lost ground, Sen. Kamala Harris doubled her support, and Sen. Elizabeth Warren held steady. Despite Biden losing 4 points of his support from 34% to 30%, he extended his lead in the Democratic primary from 7 points in June to 15 points, as his main rival, Sanders dropped 12 points to 15% from his June number of 27%. Harris saw her numbers improve 8 points to 15%, and Warren ticked up one point from June to 15% of the vote, creating a three-way tie for second. The data was collected July 6-8 and has a margin of error of +/- 4.4%. 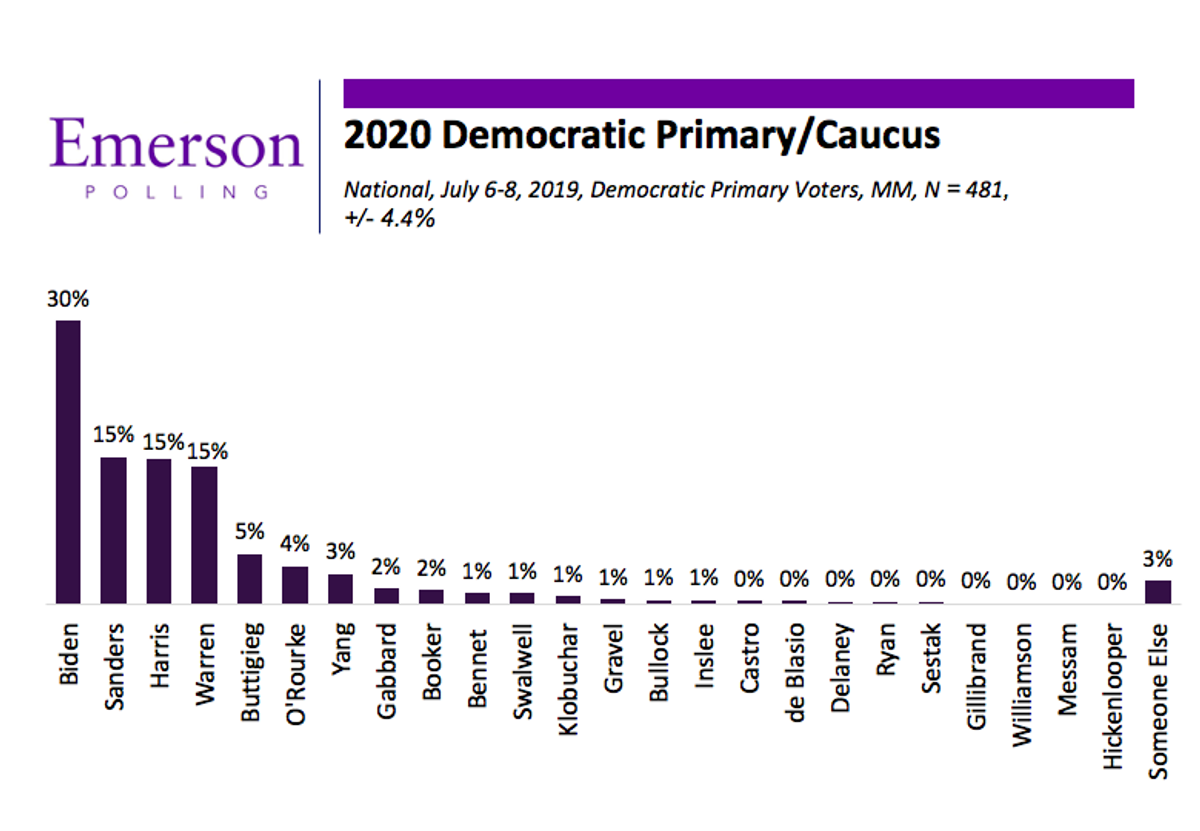 President Trump’s approval has ticked up one point from the June national poll, with 44% approval and 48% disapproval. In June, the President’s approval was at 43% to 48% disapproval. Trump continues to hold a strong lead in the Republican primary with 91% of the vote against former Gov. Bill Weld at 9%.

Since the June poll, Trump has seen his head to head numbers improve against all his Democratic rivals. He is now leading Warren, Buttigieg, and Harris 51%-49% each after trailing them all last month. Sanders leads Trump 51%-49% and Biden 53% to 47%. Kimball says, “It looks like Trump was a winner from the Democratic debate, as his head-to-heads tightened by about 5 points against all the leading Democratic candidates.” 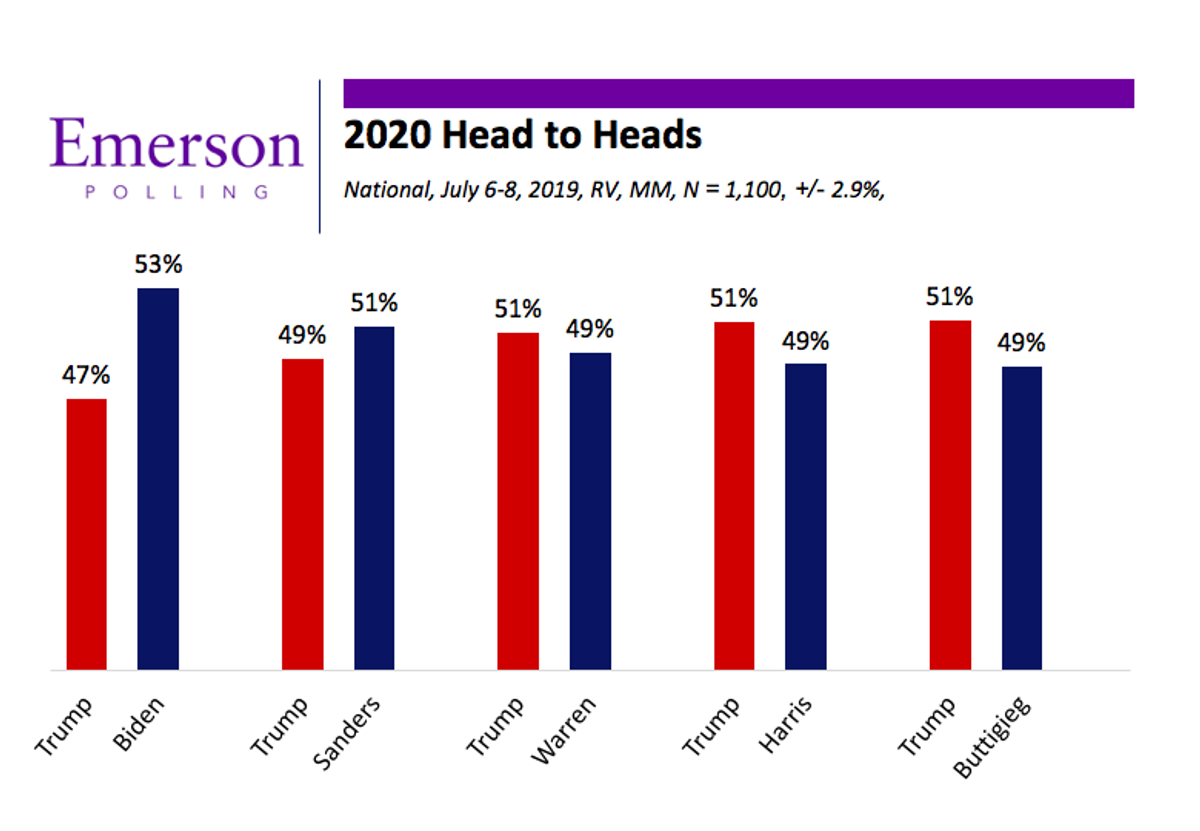 The national Emerson College poll was conducted July 6-8, 2019 under the Supervision of Professor Spencer Kimball. The sample consisted of registered voters, n=1,100, with a Credibility Interval (CI) similar to a poll’s margin of error (MOE) of +/- 2.9 percentage points. The data was weighted by age, region, income, and education based on 2016 turnout modeling. It is important to remember that subsets based on gender, age, party breakdown, ethnicity and region carry with them higher margins of error, as the sample size is reduced. Data was collected using both an Interactive Voice Response (IVR) system of landlines only (n=724) and an online panel provided by Amazon Turk (n=376). 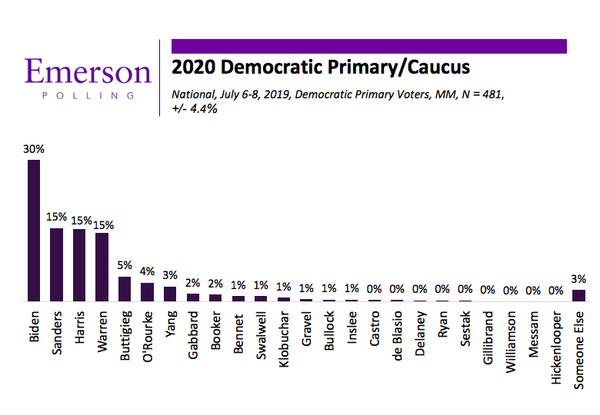 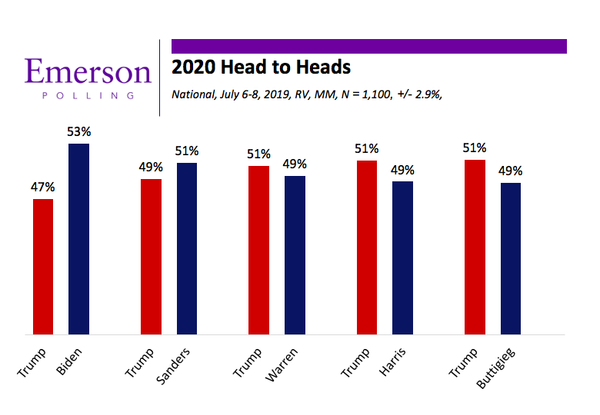