The latest Emerson College/Nexstar Poll of Illinois likely Democratic Primary Voters finds former Vice President Joe Biden with a substantial lead in the Prairie State with 57%, followed by Senator Bernie Sanders with 36%, and former Rep. Tulsi Gabbard with 2%, 6% plan to vote for someone else. 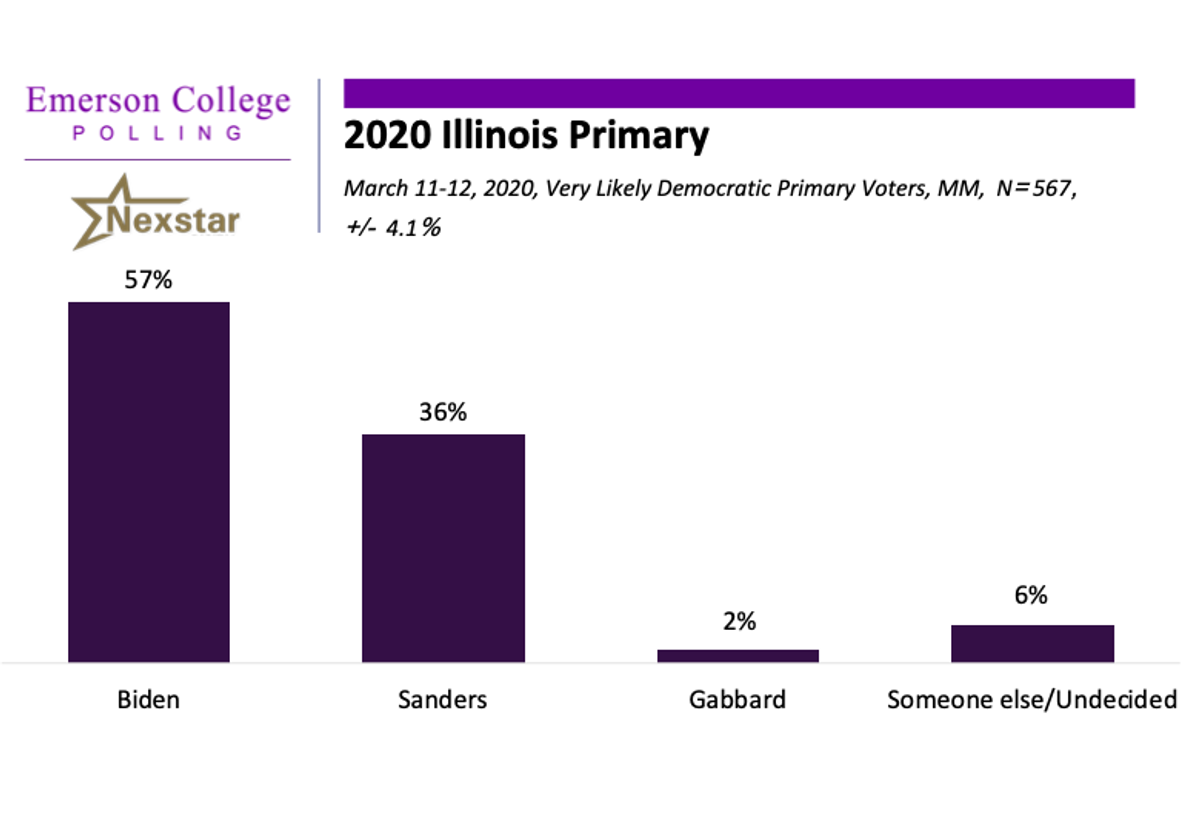 The majority of voters are solidifying their support, 81% say they will definitely vote for the candidate they chose and 19% say there is a chance they could change their mind and vote for someone else. 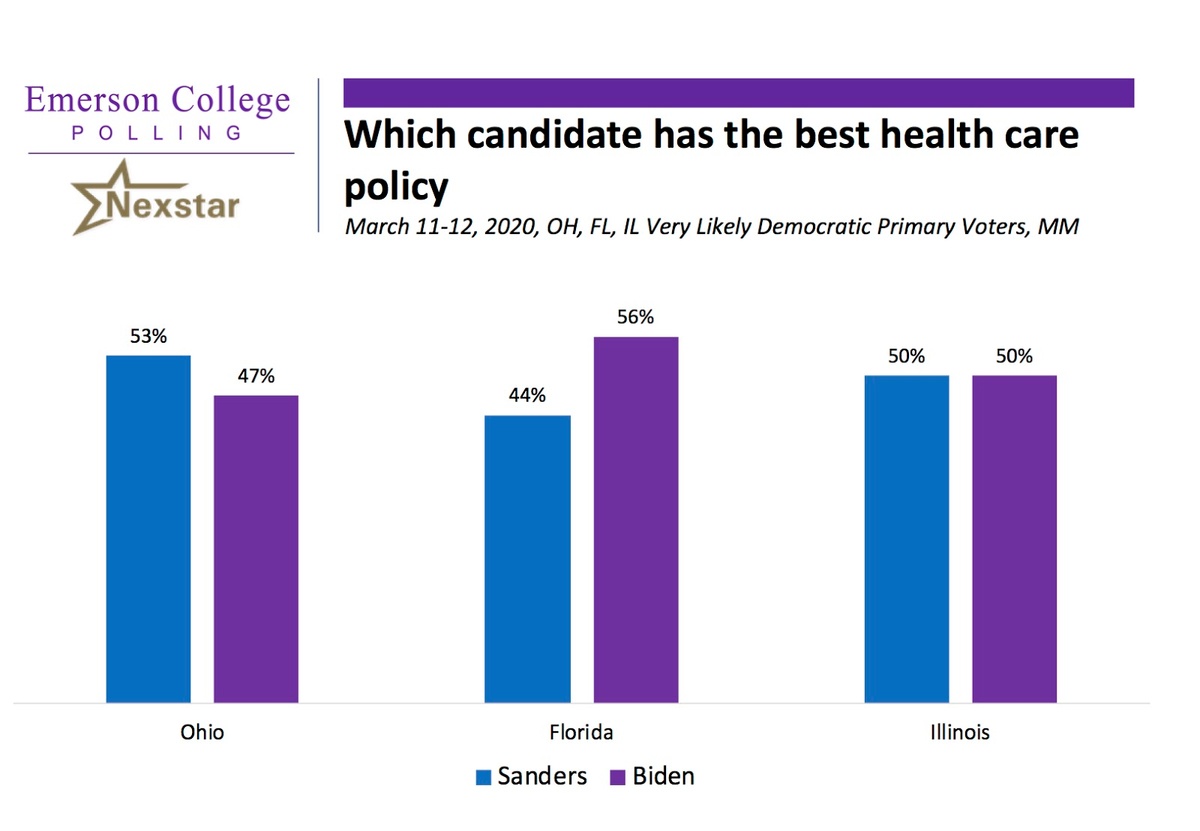 The majority of Democratic Primary voters in Illinois disapprove of President Trump’s pardoning of former Illinois Governor Rod Blagojevich (72%) whereas 28% approve of the pardoning.

When asked if they support Senate Bill 1966, which would increase the Firearm Owners’ identification card fees and require fingerprinting of gun owners, 81% of respondents supported it, and 19% of respondents did not.

In the Cook County State Attorney Democratic primary election, incumbent Kim Foxx leads with 36%, followed by Bill Conway with 20%, Donna More with 5%, Bob Fioretti with 4%; 34% of voters are still undecided.

The Illinois Emerson College/Nexstar poll was conducted March 11-12, 2020. The sample for the Democratic Primary consisted of registered Democratic, Republican, and Independent very likely voters, n=567, with a Credibility Interval (CI) similar to a poll’s margin of error (MOE) of +/- 4.1 percentage points. The data sets were weighted by gender, age, ethnicity, education, and region. It is important to remember that subsets based on gender, age, party breakdown, ethnicity, and region carry with them higher margins of error, as the sample size is reduced. Data was collected using an Interactive Voice Response (IVR) system of landlines (n=234) and an online panel provided by MTurk (n=333). 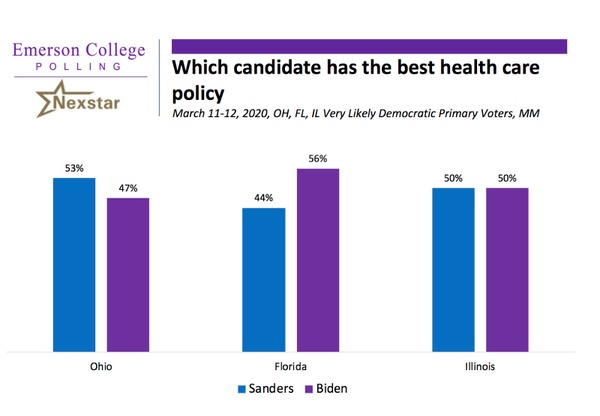 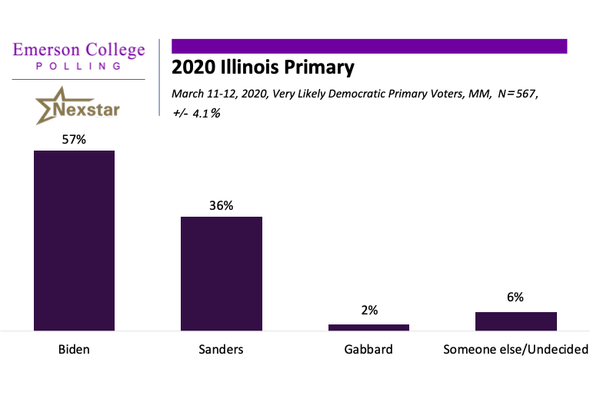