﻿Walker leads the field of Republican candidates for the nomination with 57% of the vote, his closest competitor is Gary Black at 13%; 16% are undecided. Warnock leads the Democratic Senate primary with 85%, 10% are undecided.

In the race for Governor of Georgia, incumbent Brian Kemp has an 11-point lead over former Senate candidate David Perdue, 43% to 32%; 17% are undecided. In a potential runoff should neither Kemp or Perdue receive 50%, Kemp bests Perdue 44% to 39% while 16% are undecided. 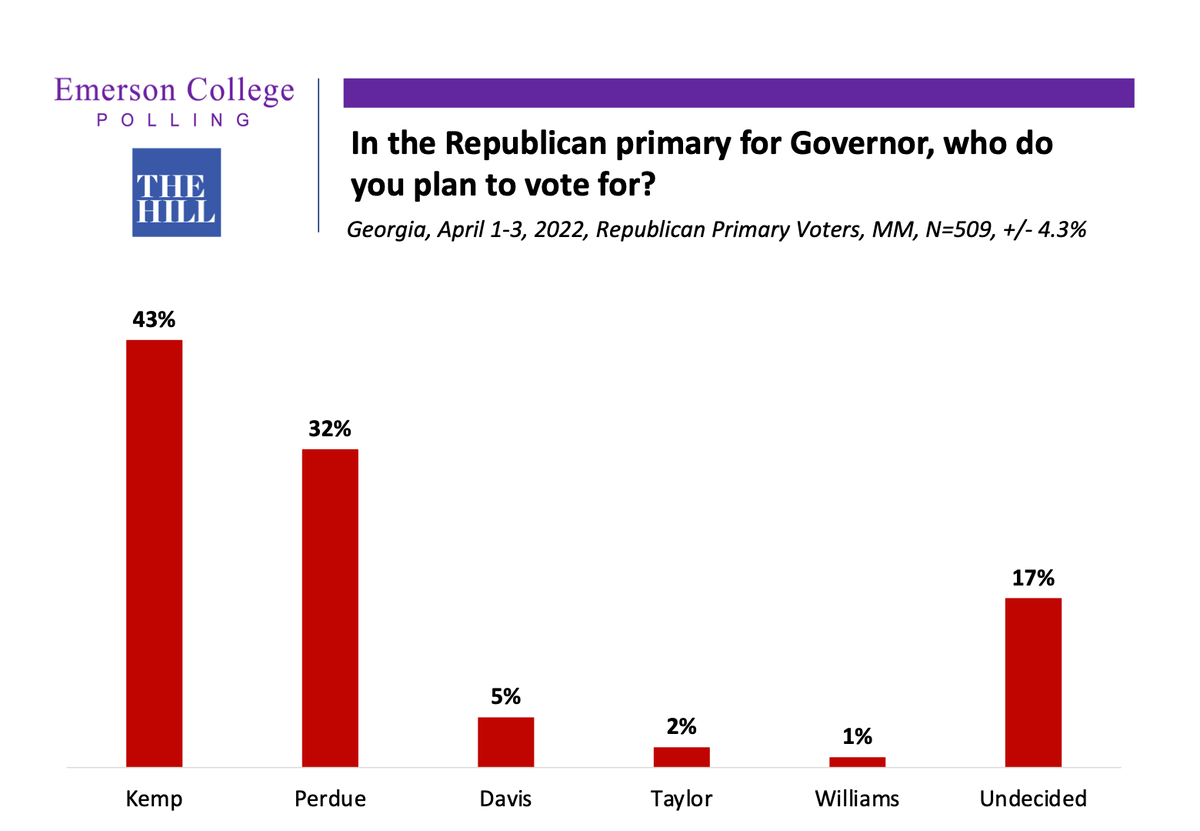 Looking ahead to the November general election, Brian Kemp leads Stacey Abrams 51% to 44% with 5% undecided in hypothetical ballot tests. Against David Perdue, Abrams trails 44% to 49% with 7% undecided.

Kimball said, “Abrams holds the majority of support in the general election among voters under 50, while Kemp and Perdue have a strong majority of voters over 50. Abrams’ chances in November depend in large part on whether or not these younger voters turnout.”

A significantly larger portion of Republican primary voters are undecided in the race for Secretary of State at 37%. The incumbent Brad Raffensperger leads his Trump backed primary challenger Jody Hice 29% to 26%. 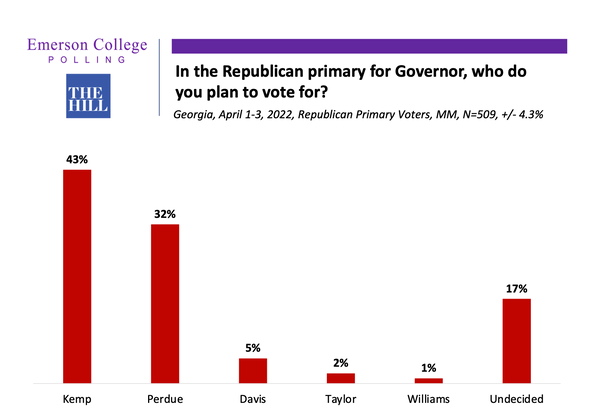