With just over three weeks before the election, President Trump is trailing former Vice President Joe Biden in Florida by three percentage points, 47% to 50%. Two-percent of voters are undecided, and one percent plan to vote for someone else. 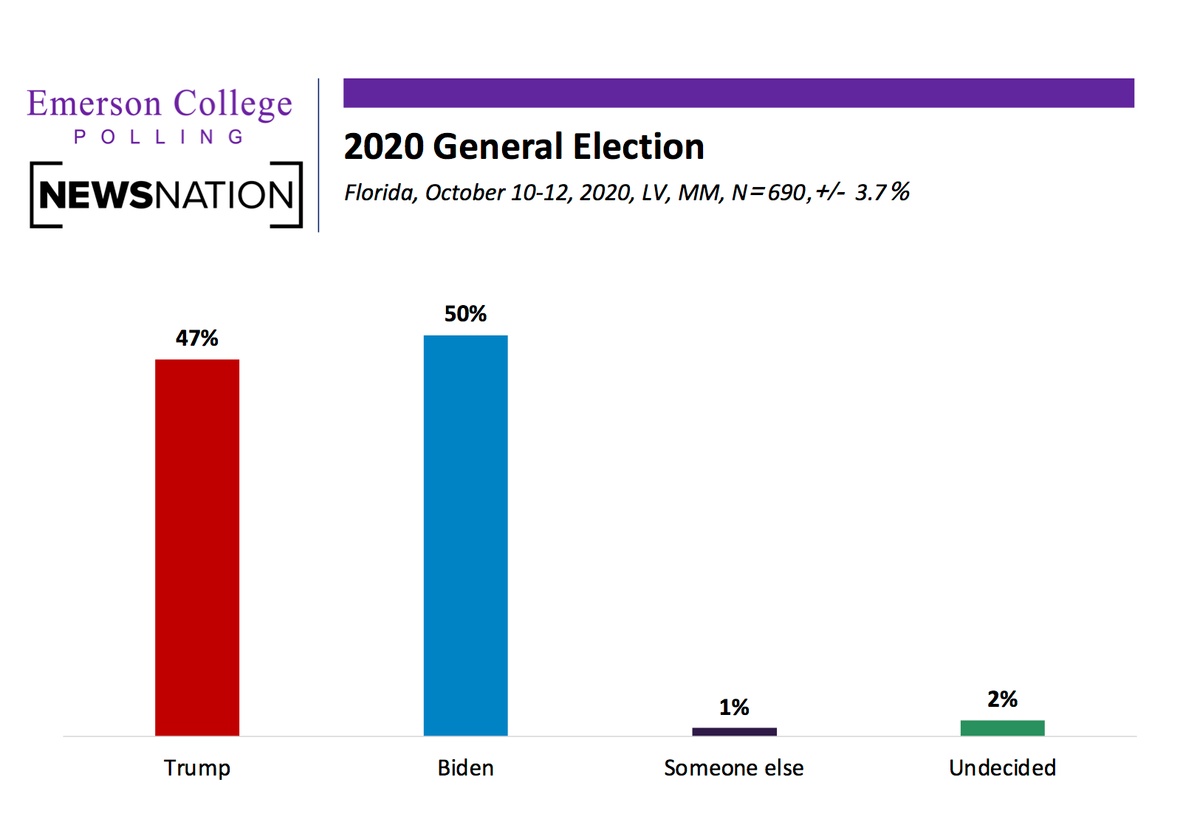 Spencer Kimball, Director of Emerson College Polling said “while it looks like voters are shifting away from election day voting and toward early voting, only 4% of the sample reported voting for the first time suggesting that the Florida turnout should not look considerably different from 2016.”

Voters in the Sunshine State are evenly divided regarding who they expect to win in November, with 50% saying Trump, and 50% saying Biden.

The economy leads as the most important issue for voters in deciding their vote for president with 38%, followed by healthcare with 15%, COVID-19 response at 14%, social justice at 11%, Supreme Court at 7%, and climate change at 5%. Nine percent (9%) of those polled said something else was their most important issue. 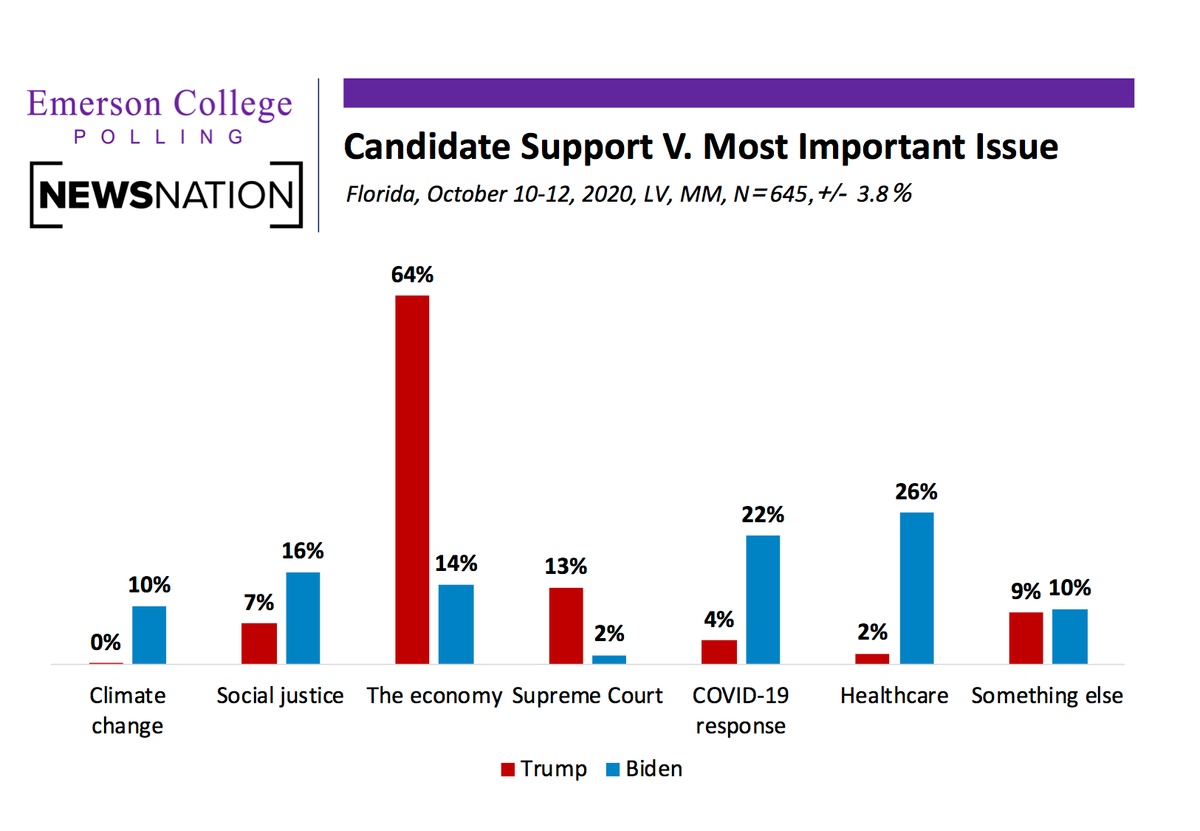 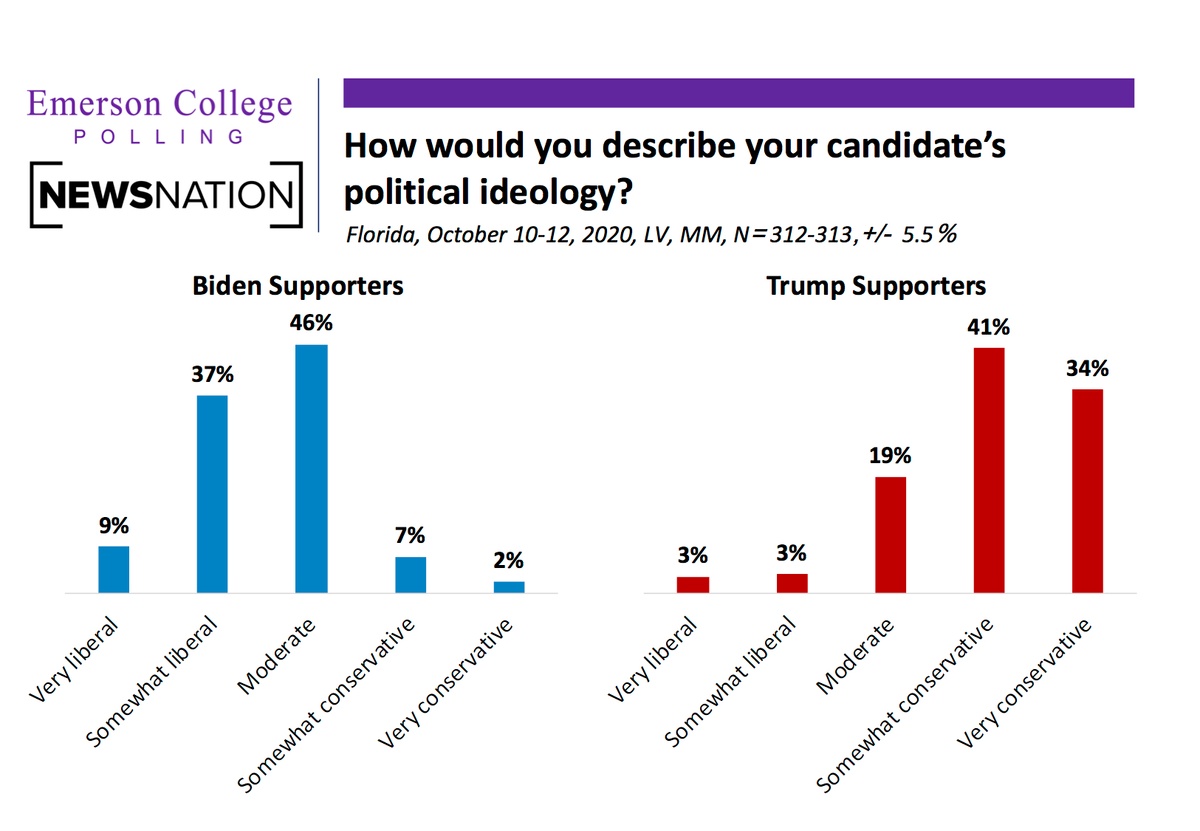 The plurality (41%) of Florida voters think fans should not be allowed to attend football games in-person this season, 36% think they should be able to, and 22% were unsure.

A majority of Florida voters, 55%, plan to vote for the constitutional amendment to increase the state's minimum wage to $15 per hour while 33% plan to vote against and 12%are undecided.

The Florida Emerson College/NewsNation poll was conducted October 10-12, 2020. The sample consisted of likely registered voters in Florida, n=690, with a Credibility Interval (CI) similar to a poll’s margin of error (MOE) of +/- 3.7 percentage points. The data sets were weighted by gender, age, race, and education based on 2016 voter turnout modeling. It is important to remember that subsets based on gender, age, party breakdown, ethnicity, and region carry with them higher margins of error, as the sample size is reduced. Data was collected using Interactive Voice Response (IVR) system (n=241), SMS-to-web texting (n=185) and an online panel provided by MTurk (n=264). 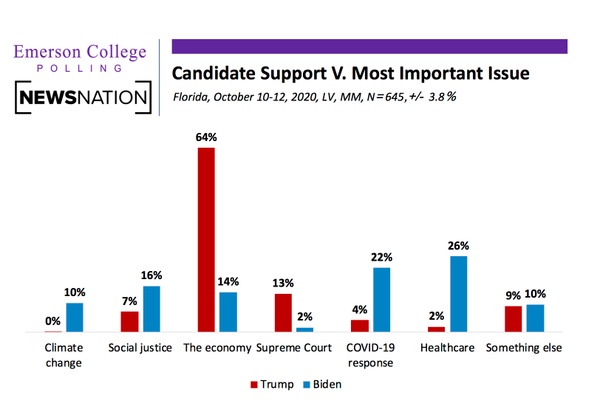 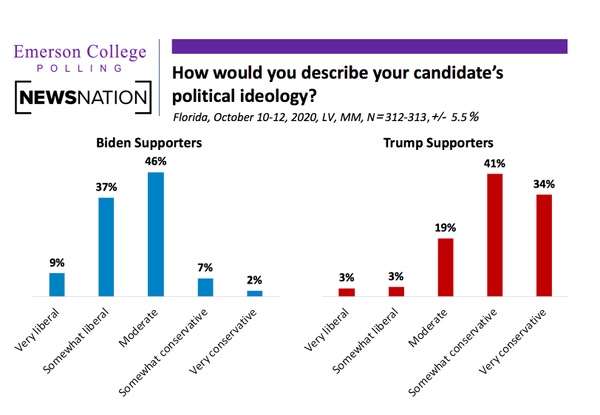 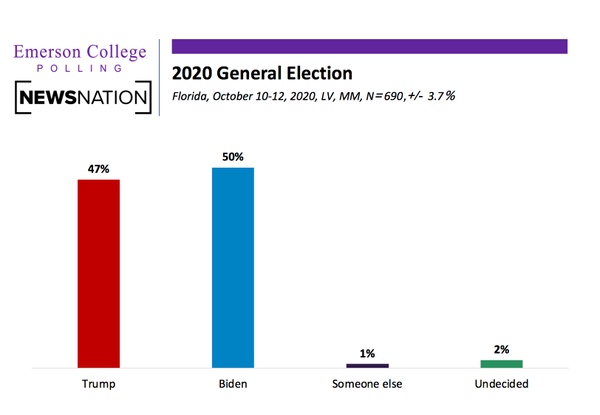