BOSTON – A nationwide survey conducted by Emerson College Polling measured moviegoers picks for the Academy Award for Best Picture of the Year. And the winner is… Joker, with 16% of the vote from a survey sample of 964 respondents.

Other other top choices included Little Women at 10%, 1917 at 9% and The Irishman at 9%. Rounding out the audience’s top 10 movies of the year were Once Upon a Time in Hollywood at 7%, Ford v. Ferrari at 5%, Parasite at 4%, Marriage Story at 3% and Jojo Rabbit at 2%. However, the largest portion of survey respondents—37%—were unable to choose their favorite film of 2019. 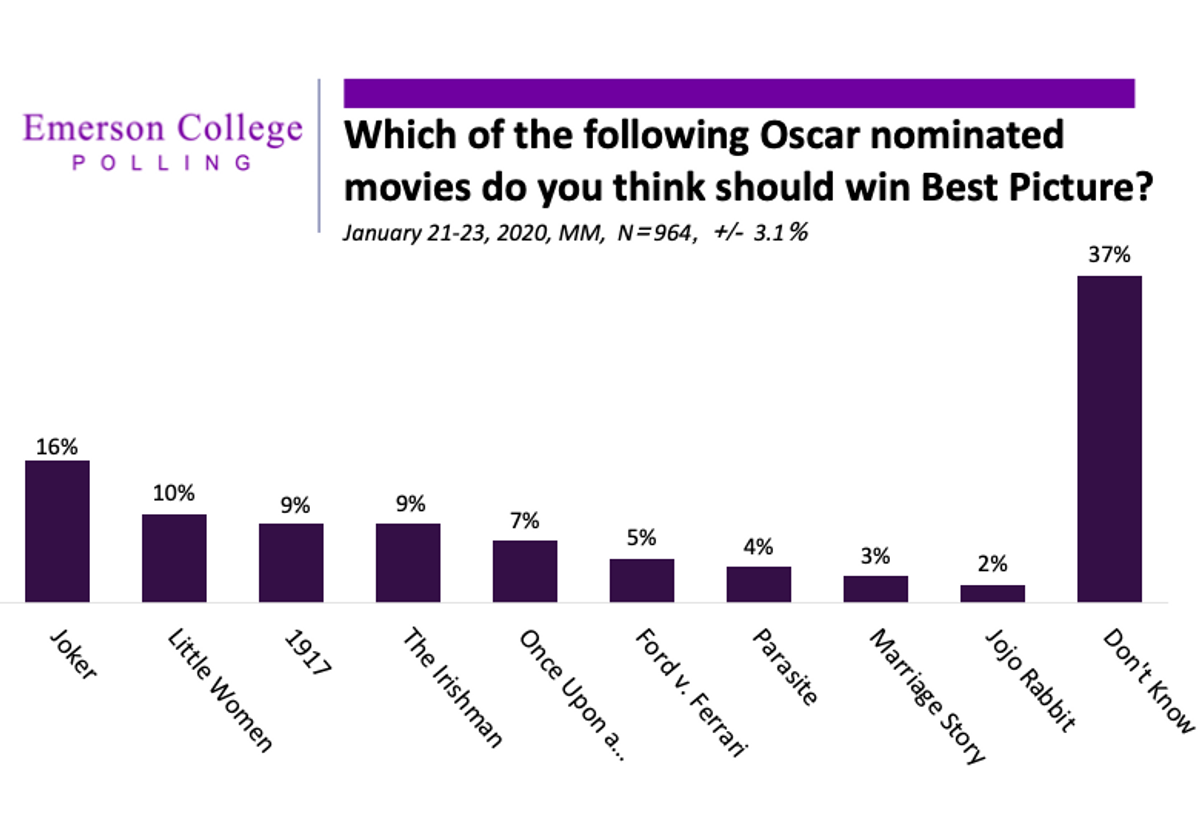 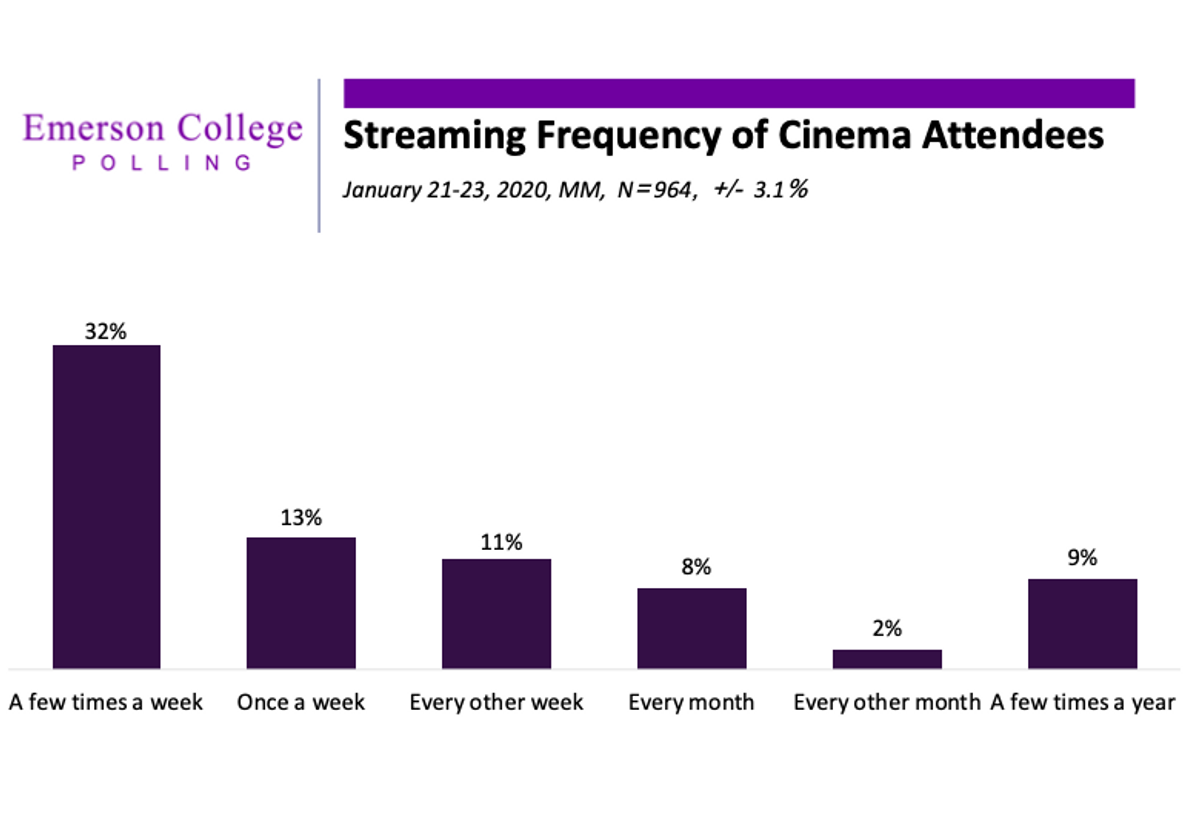 “These results show that there isn’t a clear frontrunner in the Oscar race for Best Picture among the audience as well as the critics,” said Owen Eagan, a Senior Lecturer in the Department of Communication Studies at Emerson College. “Also, in regard to how people watch movies, it seems that there is significant overlap between moviegoers and streamers which bodes well for the cinema industry.”

This Emerson College Polling survey was conducted January 21-23, 2020 under the supervision of Assistant Professor Spencer Kimball. The sample consisted of 964 respondents with a margin of error of +/- 3.1 percentage points. The data was weighted based on U.S. Census data and was collected using both an Interactive Voice Response (IVR) system of landlines and an online panel provided by Amazon Turk. 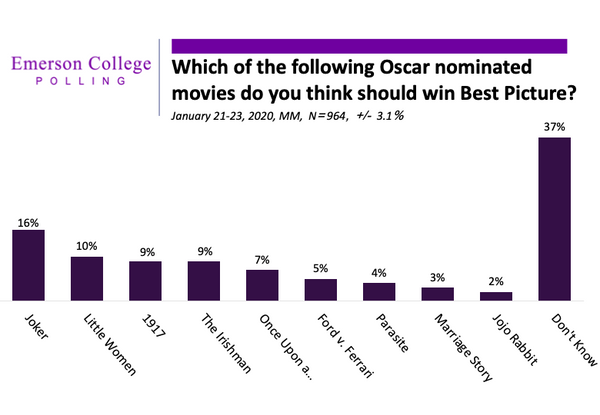 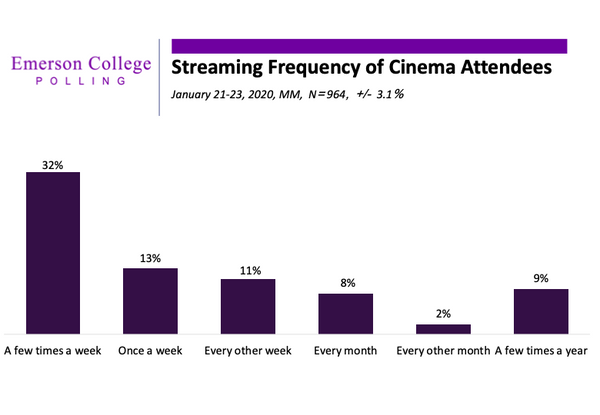