An Emerson College Polling/The Hill poll in Connecticut finds 55% of voters approve of the job Ned Lamont is doing as Governor while 32% disapprove, and 13% are neutral. Similarly, President Joe Biden has a 53% approval in the state, while 42% disapprove.

"Lamont has a 75% approval among Connecticut Democrats, 34% among Republicans, and 47% among Independents," Spencer Kimball, Executive Director of Emerson College Polling noted.

If the gubernatorial election is held between Governor Ned Lamont and Bob Stefanowski, 51% plan to support Governor Lamont while 38% would support Stefanowski. Twelve percent (12%) are undecided. 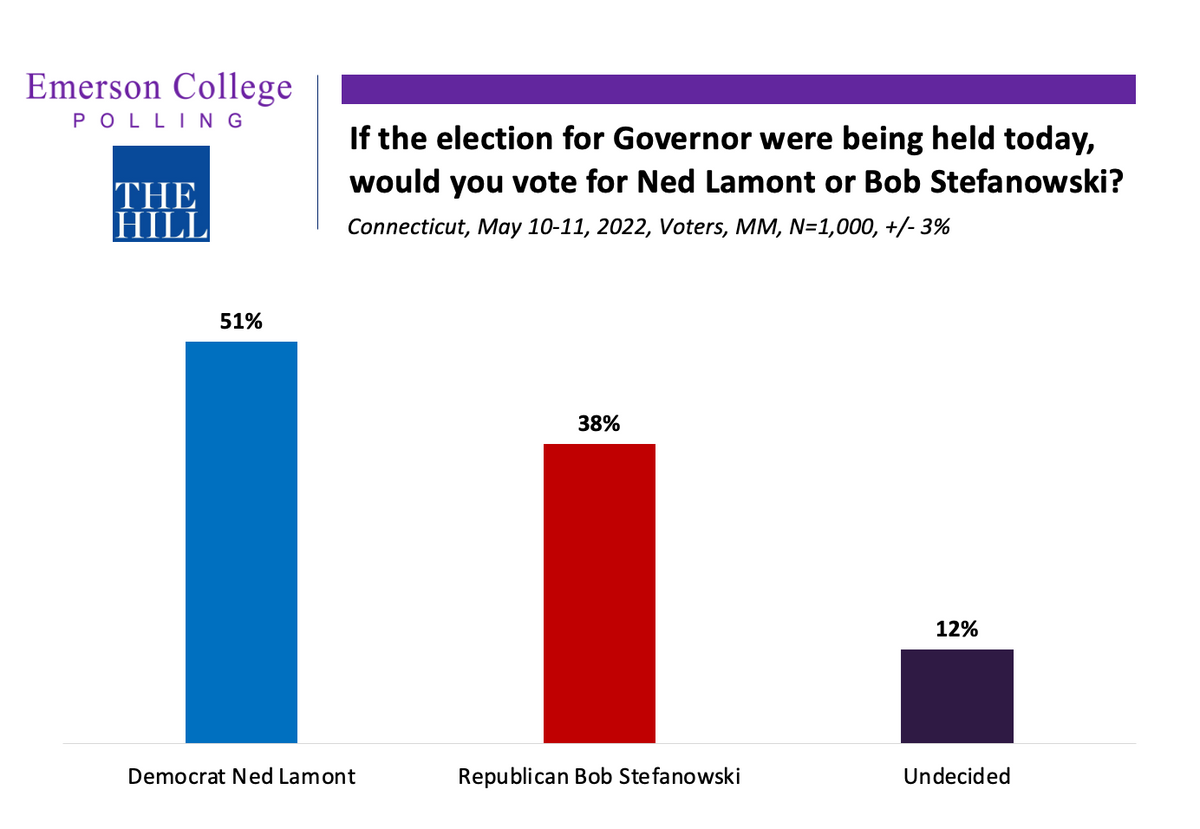 Kimball pointed out, “Lamont carries the majority of urban and city voters with 58% and suburban voters with 51%, while Stefanowski has a 46% plurality support among rural voters.”

The economy is the most important issue for the plurality, 48%, of Connecticut voters, followed by healthcare with 11%, Covid-19 and education with 8% respectively, housing with 7%, crime with 6%, and immigration with 3%. Ten percent say something else.

“Among those who say the economy is the top issue facing Connecticut, a 59% majority disapprove of the job Joe Biden is doing as president,” Kimball noted.

The Emerson College Polling Connecticut poll of voters was conducted May 10-11, 2022. The sample consisted of registered voters, n=1,000, with a Credibility Interval (CI) similar to a poll’s margin of error (MOE) of +/- 3 percentage points. The data sets were weighted by gender, age, education, and race/ethnicity based on 2022 turnout modeling. It is important to remember that subsets based on gender, age, education, and race/ethnicity carry with them higher margins of error, as the sample size is reduced. Data was collected using an Interactive Voice Response (IVR) system of landlines and an online panel provided by Amazon MTurk. 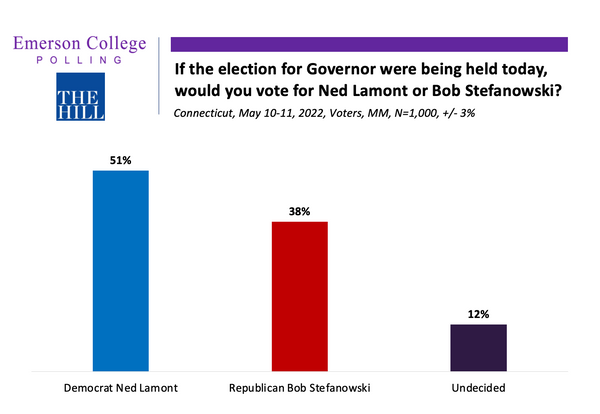