In potential general election match-ups, Arizona appears to be competitive once again in 2020 with Trump tied 50%-50% against Warren and Biden, and leading Sanders 51% to 49%, well within the margin of error. 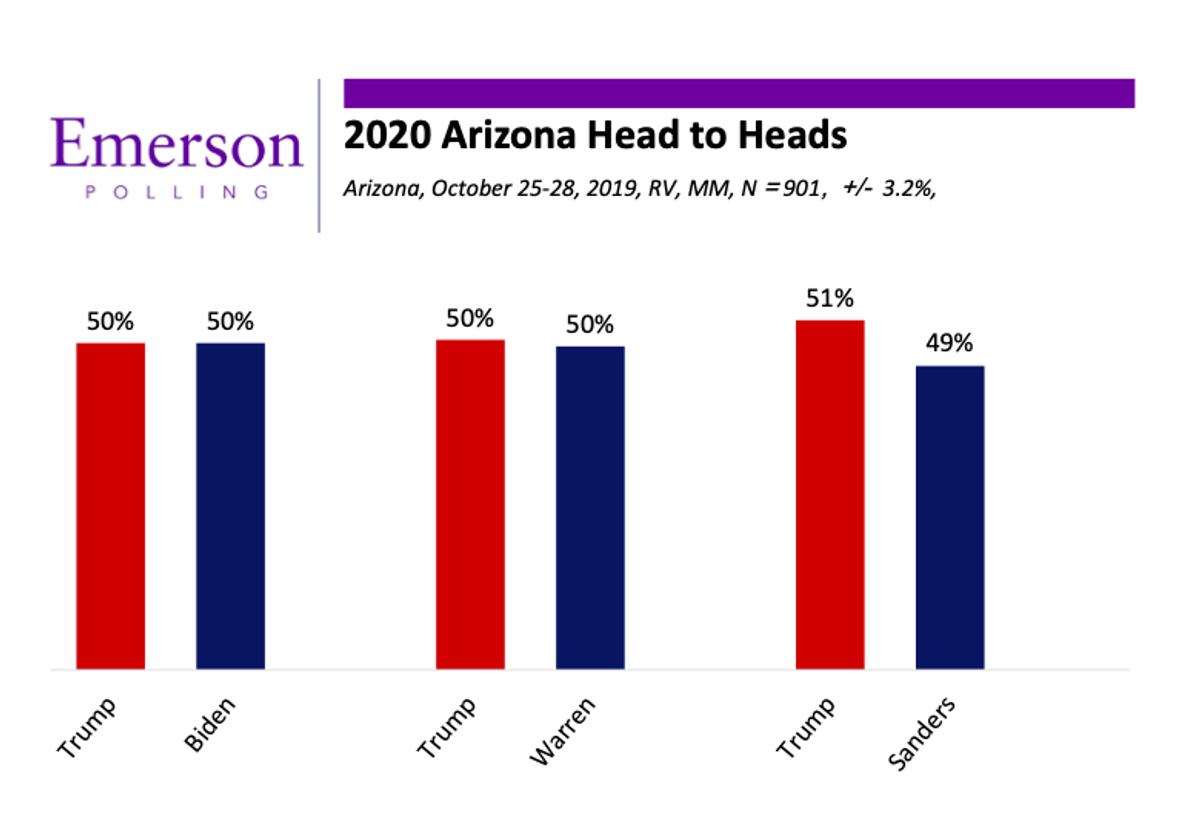 In the Arizona Senate race, the Democrats are also competitive, with Democratic challenger Mark Kelly at 46%, and incumbent appointed Republican Sen. Martha McSally at 45%. Kelly leads among Independents by a margin of 45% to 41%. 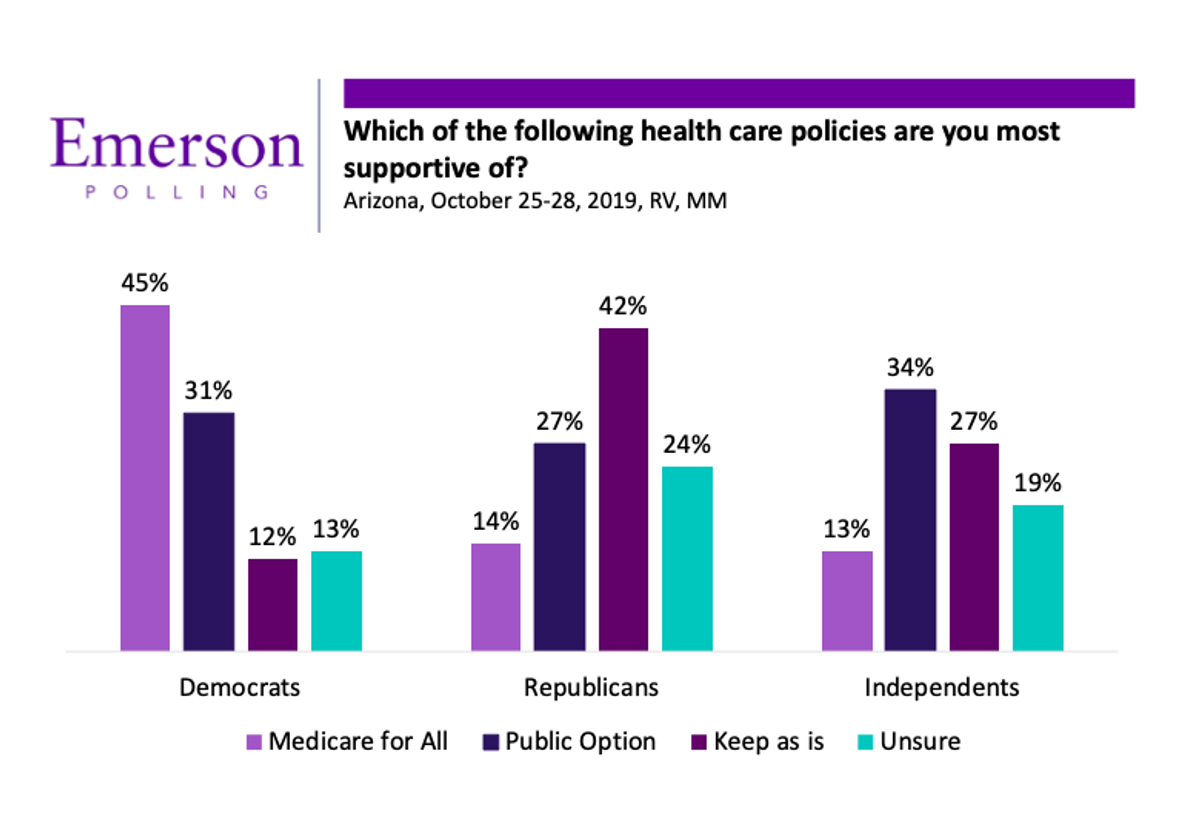 In the Democratic Primary, former VP Joe Biden leads the Democratic field with 28%, Elizabeth Warren and Bernie Sanders are in a dead heat for second at 21% each. Pete Buttigieg follows at 12%, and no other candidate is above 5% (n=339, +/-5.2%). 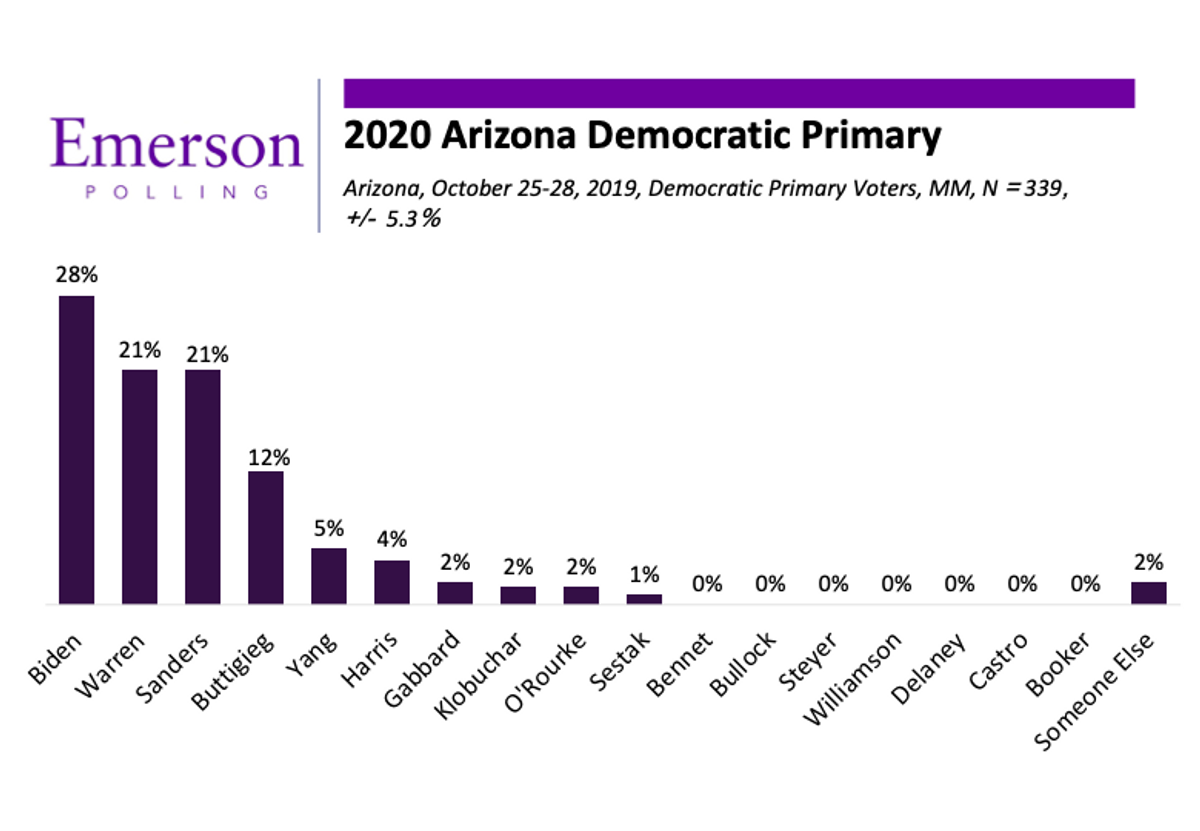 The Arizona Emerson College poll was conducted October 25-28, 2019 under the Supervision of Emerson Polling Director and Assistant Professor Spencer Kimball. The sample consisted of registered voters, n=901, with a Credibility Interval (CI) similar to a poll’s margin of error (MOE) of +/- 3.2 percentage points. The data was weighted by gender, age, ethnicity, region and mode based on 2016 turnout modeling. It is important to remember that subsets based on gender, age, party breakdown, ethnicity and region carry with them higher margins of error, as the sample size is reduced. Data was collected using both an Interactive Voice Response (IVR) system of landlines only (n=572) and an online panel provided by Amazon Turk (n=329). 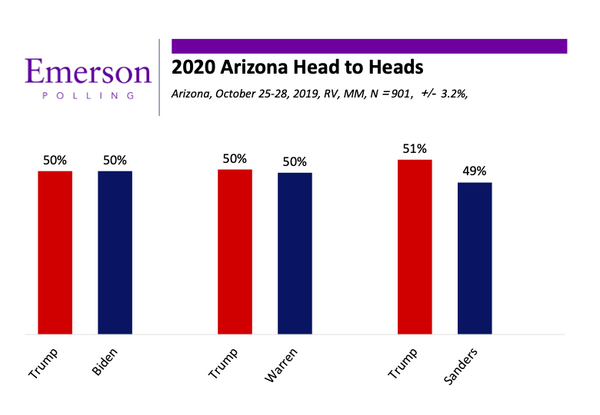 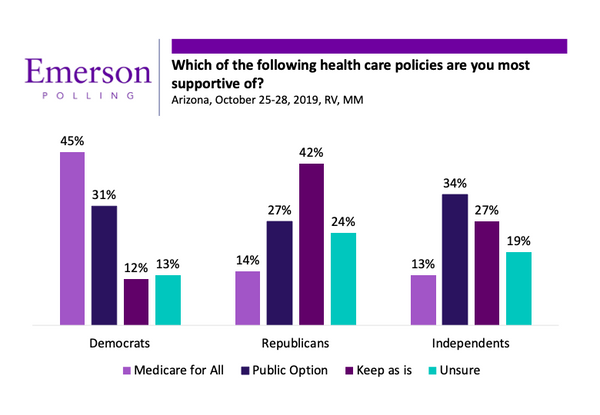 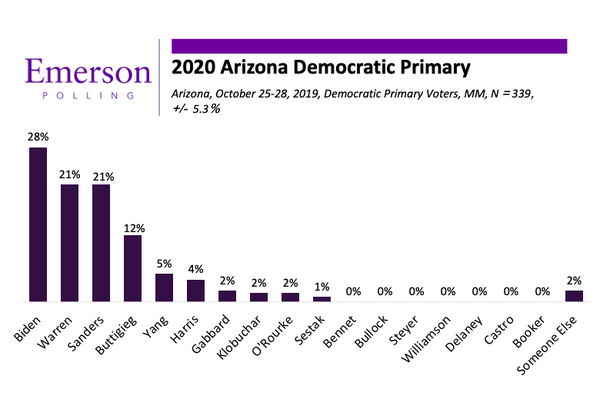