April National Poll: Trump Down But Not Out, as Enthusiasm and Expectation Favor the President

A new Emerson College Polling national poll finds President Trump's approval rating at 41% approval, with 50% disapproval. This indicates a 5 point swing in both directions since March, when his approval was 46% approval, 45% disapproval. Approval of the Presidents’ handling of the coronavirus is at 39% approval, a 10 point drop from the 49% who approved of his handling of the situation in March. His disapproval rating of handling the Federal Government’s response to the outbreak of the Coronavirus increased 10 percentage points from 41% to 51%. 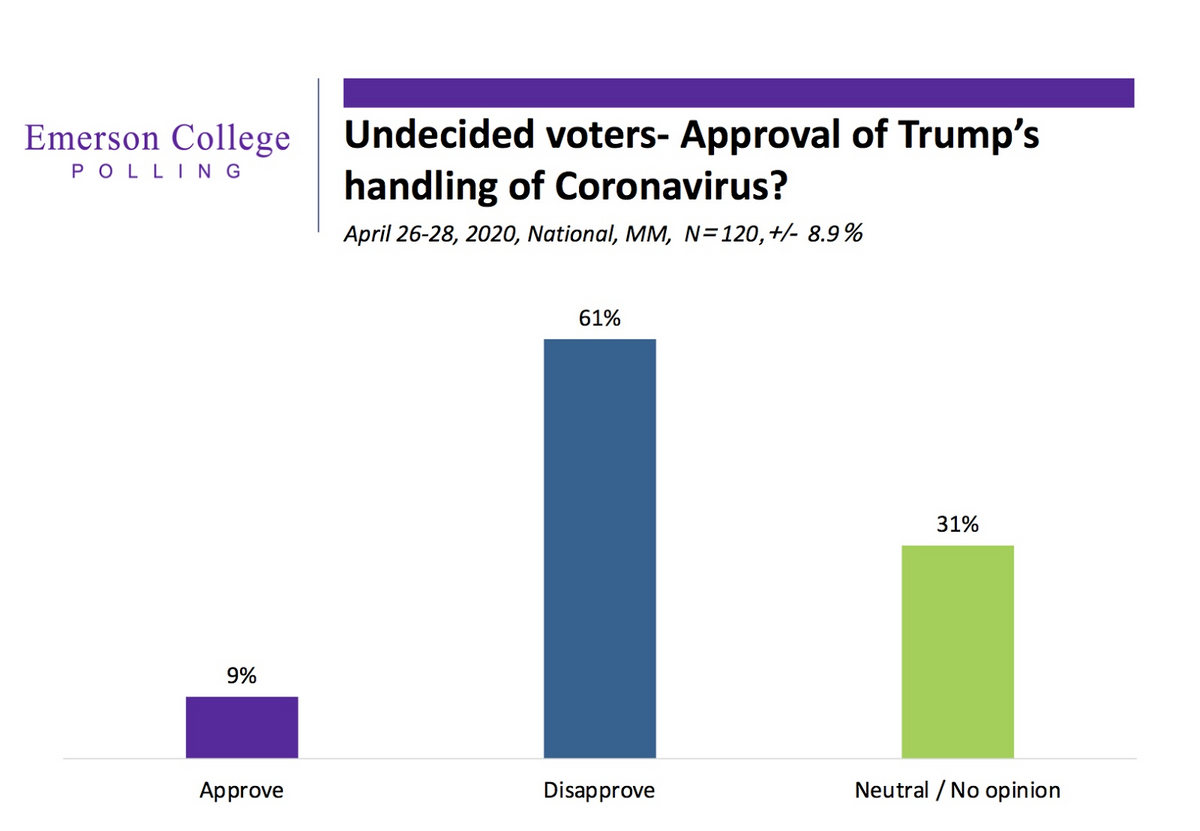 Despite Trump's drop in approval, former Vice President Joe Biden maintains only a 6 point lead in the Presidential ballot test, 48% to 42%. This is the same numerical difference as last month's poll, where Biden led Trump 53% to 47%. Ten-percent (10%) of voters said they were undecided, but when asked to choose a candidate they were leaning towards, undecided voters slightly broke in favor of Biden, 56% to 44%, giving Biden an additional 1 point advantage. 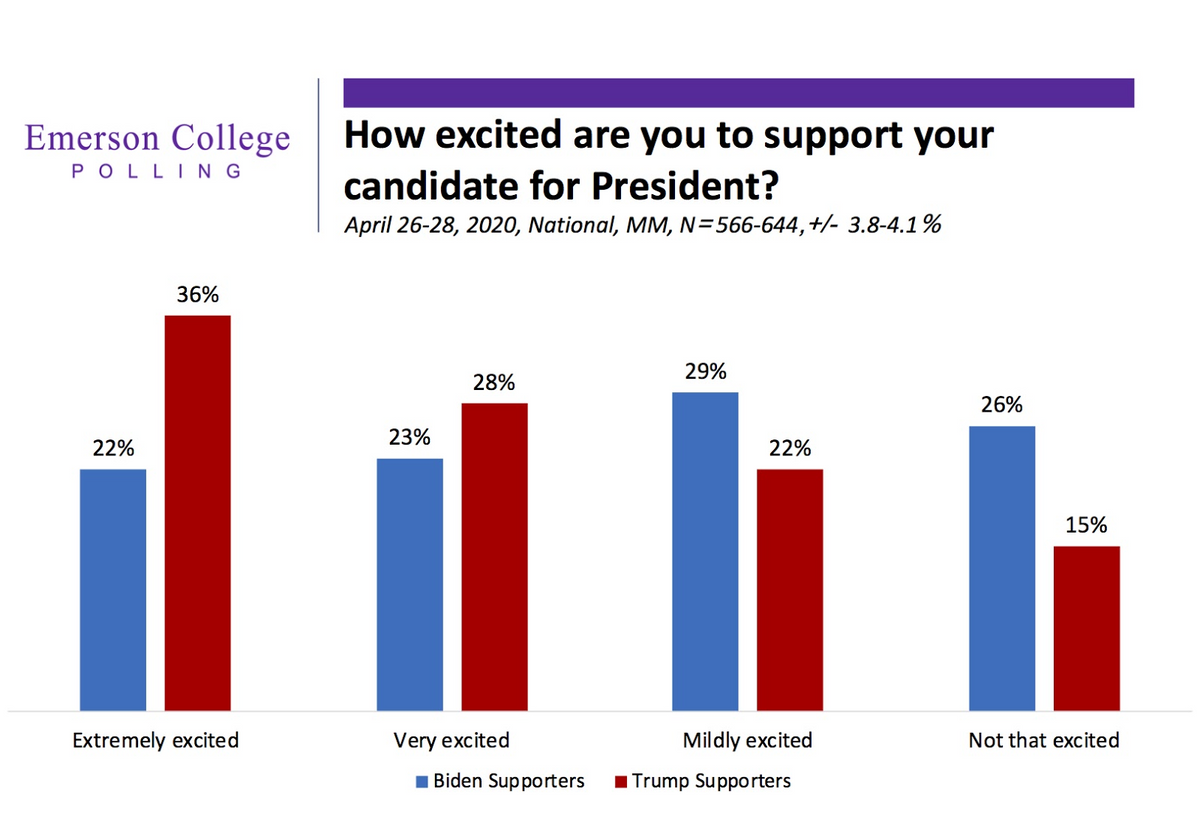 When voters were asked who they thought would win the presidency in November, regardless of who they supported, 57% said Trump and 43% said Biden. 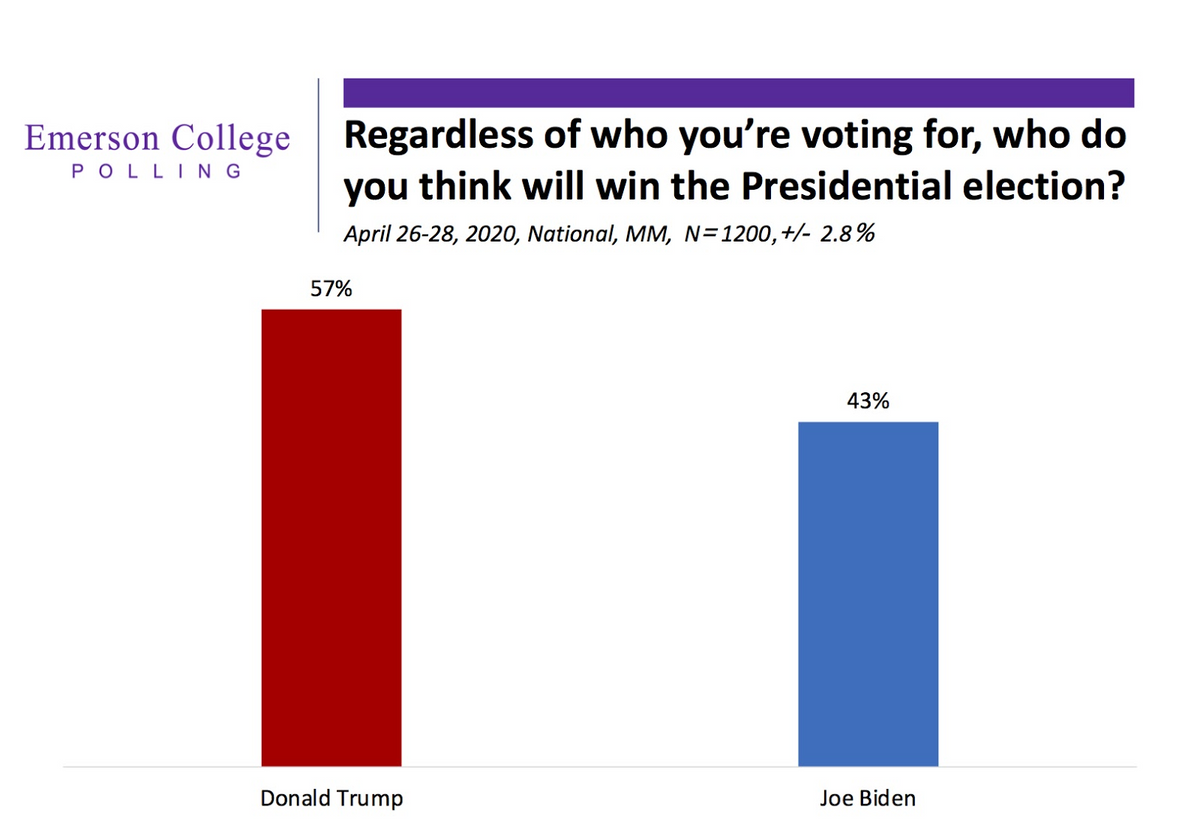 Spencer Kimball, Director of Emerson College Polling said, “While Trump is struggling to handle the coronavirus epidemic, it appears Biden has his own image issues with voters and may need help from former President Obama on the campaign trail to try and transfer the positive image voters have of Obama to Biden.”

Within the coronavirus context and questions of safety with in-person voting in November, voters are not very comfortable changing their method of voting. Voters across the country generally trust their current voting process, with 55% trusting primarily in-person voting, compared with 20% who do not trust the current process. When asked about mail balloting, 47% said they would trust a national vote-by-mail process in November, while 31% lack trust in this system. When voters were asked about online balloting, only 33% said they would trust an online system, with 45% not trusting online voting in November’s election.

The most important issue for voters remains the economy at 36%. Beating Trump is the second most important issue at 21%, followed by healthcare at 16% and social issues at 10%. No other issue received more than 4%, including immigration policy. Spencer Kimball, Director of Emerson College Polling points out that, “in 2016, immigration policy was a signature message of the Trump campaign, but starting in the fall with the impeachment trial the President’s immigration message has faded significantly, and given where we are today, it will be a challenge to make it a focal point in the upcoming election.” 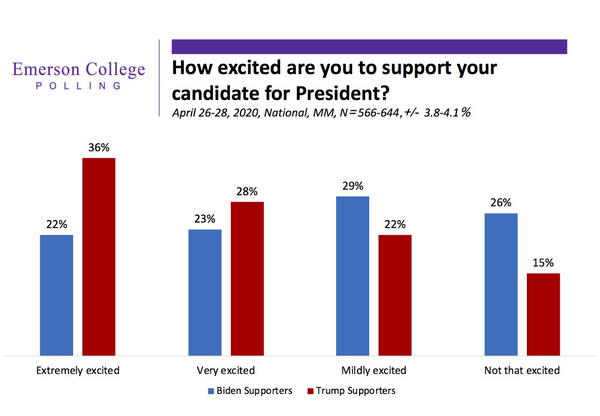 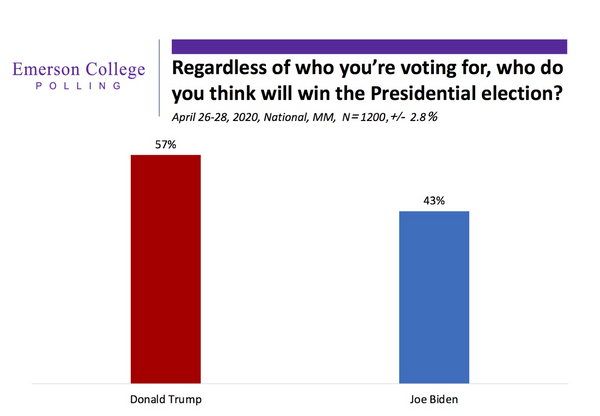 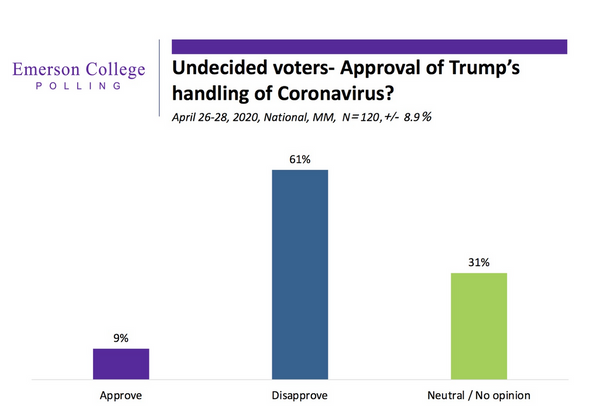