An Emerson College Polling/The Hill poll of the June 21 Republican Alabama runoff election for US Senate finds Katie Britt with a double-digit lead over Mo Brooks, 50% to 34%. Seventeen percent (17%) of Republican voters are undecided. When these undecided voters are asked who they are leaning toward and allocated, Britt leads Brooks 59% to 41%. 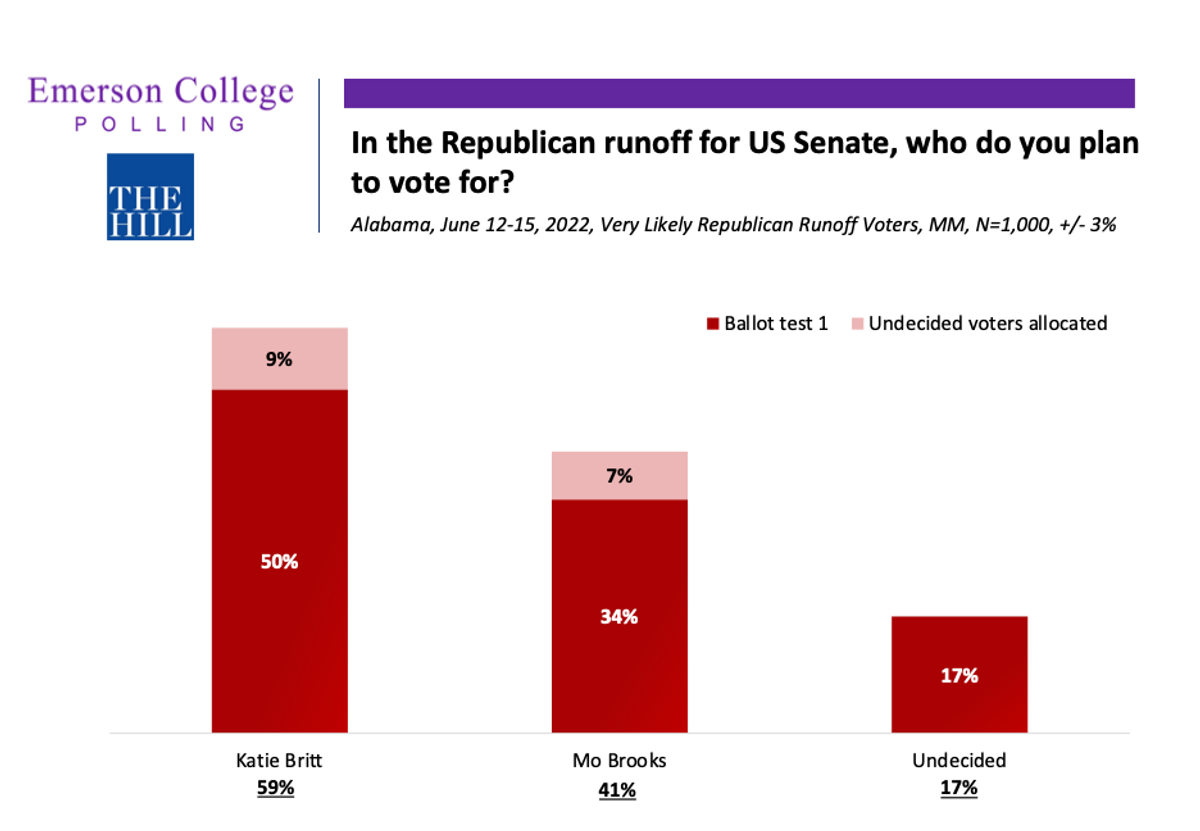 Spencer Kimball, Executive Director of Emerson College Polling said, “Britt’s initial ballot support in the runoff is higher among men than among women, she leads Brooks 55% to 31% among men compared to 44% to 36% among women. However, 20% of women are undecided and when asked who they are leaning towards, 71% support Britt.”

Kimball continued, “Britt leads with all age groups, however her support is the strongest among those under 50, where she leads Brooks 53% to 28%.”

A plurality, 45%, of Republican runoff voters say a Trump endorsement makes no difference on who they are supporting in the election, while 40% say they are more likely to vote for a candidate if Trump endorses them and 16% say it makes them less likely to support a candidate.

Republican runoff voters were asked if they support or oppose a law which would require a person to obtain a police permit before he or she could purchase a gun. A plurality, 48%, oppose this measure, while 29% support it, and 23% are unsure.

The Emerson College/The Hill Alabama poll was conducted June 12-13, 2022. The June 21, 2022 runoff election sample consisted of very likely Republican runoff voters in Alabama, n=1,000 with a margin of error (MOE) of +/- 3 percentage points. The data sets were weighed by gender, age, education, and region based on a 2022 turnout model. It is important to remember that subsets based on gender, age, ethnicity, and region carry with them higher margins of error, as the sample size is reduced. Data was collected using a cellphone sample of SMS-to-web and an Interactive Voice Response (IVR) system of landlines. 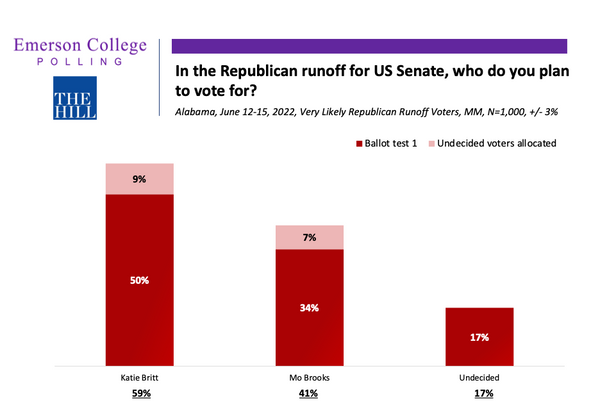