Emerson Polling uses a combination of landline respondents and online panels that creates a representative artificial sample. This is a change from 2016, where Emerson Polling received recognition for accurately assessing voting intentions throughout the 2016 election using a landline-only sample design. The 2017 change in methodology led to the Emerson Poll’s increase in statistical and predictive accuracy, a change that wa...

Emerson Polling uses a combination of landline respondents and online panels that creates a representative artificial sample. This is a change from 2016, where Emerson Polling received recognition for accurately assessing voting intentions throughout the 2016 election using a landline-only sample design. The 2017 change in methodology led to the Emerson Poll’s increase in statistical and predictive accuracy, a change that was reflected in an improved rating by Nate Silver’s FiveThirtyEight from a B+ in 2016 to A- from an analysis of all polls from 2017-2019. Emerson Polling ranked #9 of over 400 pollsters in 2019, ranking the highest among pollsters who use IVR/Online mode of data collection.

The Emerson Poll methodology pairs an automated system that collects data over landline phones with an online panel of participants. A random sample of registered voters or all citizens depending on the needs of the survey are purchased from Aristotle Inc., a leading supplier of phone lists to the survey research industry, and Amazon Turk, an online panel of individuals. Through the use of a screening question, we usually seek out “likely voters”. The results presented in our reports include univariate and bivariate analysis of the data. Frequency distributions for each item included on the questionnaire are shown in the tables.  In all cases, cross-tabulation results are also shown. This type of bivariate analysis examines differences between sub-groups of the overall population. 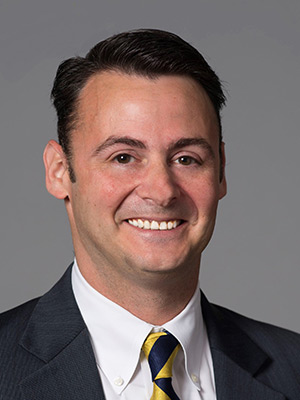 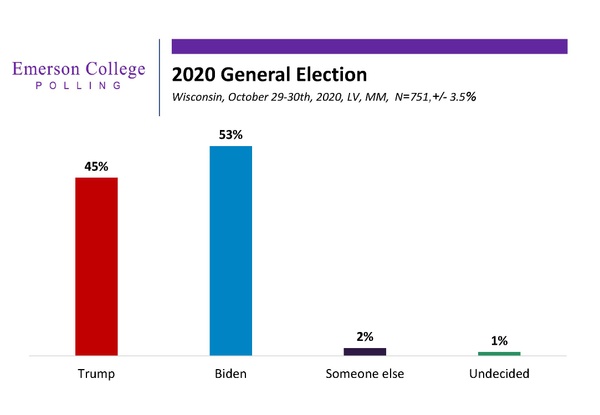 The final Emerson College poll before the November 3rd election finds the former Vice President Joe Biden leading President Donald Trump 53% to 45% in Wisconsin. Two percent (2%) of voters plan to vote for someone else, and one percent are still undecided. Since last month's E...

October National Poll: Biden with Five-Point Lead One Week Out 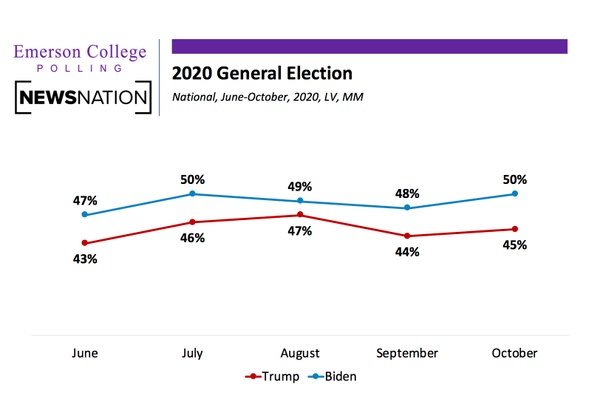 In the final Emerson College/NewsNation national poll before the November 3rd election, former Vice President Joe Biden leads President Donald Trump, 50% to 45%. Two percent (2%) of voters plan to vote for another candidate, and 2% are undecided.  Voters were asked who they e... 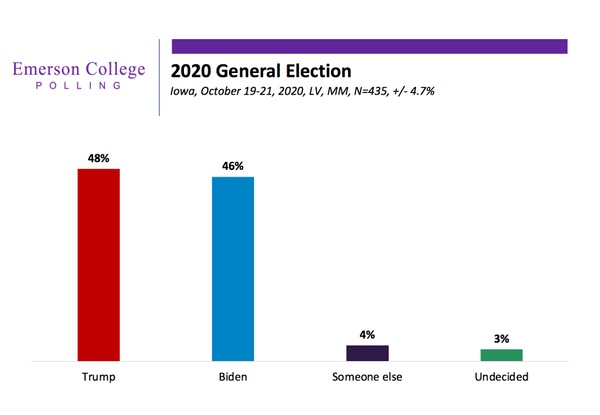